Don’t vandalise the Arch: M&S would be demolishing its own heritage if it tears down its flagship Oxford Street store, says ALEX BRUMMER

The final straw for the Luc Vandevelde and Roger Holmes regime at Marks & Spencer was the 2004 bid from Philip Green which saw veteran Stuart Rose installed as chief executive.

The writing was on the wall for Holmes and Vandevelde from the moment they proposed knocking down ‘the Arch’ – the world-famous Marble Arch store on Oxford Street – and replacing it with something more fitting for the 21st century.

An earlier decision to abandon the group’s stately headquarters on Baker Street for a trendier location in the newly developed Paddington Basin in west London was seen as a big enough break with tradition. 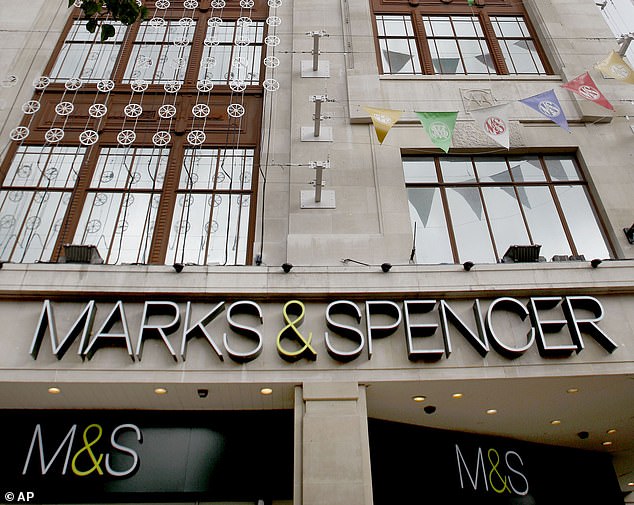 Iconic: Marks & Spencer’s Marble Arch store first opened its doors to shoppers in 1930 and for much of its life has been the highest turnover store in the land

Destroying the Arch was a step too far and alumni, including the late Rick Greenbury, were horrified. Redevelopment was quietly shelved.

The current regime at M&S, back on a recovery path, has much more credit in the bank.

Chairman Archie Norman has shown willingness to take on all comers and axed underperforming high-street stores the length and the breadth of the land.

Even he is now discovering that knocking down the emblematic interwar Marble Arch store, first port of call for overseas visitors, and replacing it with something more contemporary is for some people as contentious as decommissioning Buckingham Palace.

M&S’s flagship shop, for much of its life the highest turnover store in the land, may not be a listed building.

But it is something of a cultural icon and displacing it with yet more anonymous steel and glass with offices and apartments perched on the top would be destructive of its environs.

Westminster council was willing to surrender to the developers but Michael Gove less so and he has ordered a public inquiry.

M&S has accused the Communities Secretary of ‘political grandstanding’ in the face of criticism of the scheme from doyens of the architectural establishment, including Julia Barfield, co-designer of the London Eye.

Knocking buildings down is always the easiest solution for developers. Preserving the facades and internal fabrics and modernising around them is expensive and slower.

The Americans go to huge expense to preserve history. In central London at present the modernist frontage of the old US Embassy in Grosvenor Square is being carefully preserved as deep-pocketed Qatari investors create a hotel.

It may no longer be possible for senior executives at M&S to walk from headquarters and see first-hand which frocks are selling well. Yet a flagship store should be just that. There is no great desire to tear down Selfridges, Harrods, Fortnum and Mason and other great emporia.

The store is the message for M&S and Norman and his property chief Sacha Berendji should recognise that.

We still don’t quite know what genius activist Nelson Peltz will bring to the board of Unilever. But it must be hard for those companies brought low in his hands not to feel some schadenfreude over the effort by a band of dissident investors to shake up the board of Peltz’s UK-based Trian Fund Management.

One suspects that Peltz and Unilever will be keeping a watchful eye on events at food and cereal giant Kellogg’s.

The US company is seeking to release value for investors by splitting itself into three quoted firms.

The famed North American breakfast cereal enterprise, with £2billion of sales, would be separated from the group’s snack brands which include the ever-popular Pringles.

Last year snacks generated a whopping £9billion or so of sales. A third company selling fashionable plant-based products, such as veggie burgers, will also be split out.

Unilever has already slimmed down by spinning off its margarine and tea operations and there has been speculation that ice-cream could be the next to be sacrificed as it focuses on healthcare and hygiene brands.

Suddenly, there are a huge number of shifting parts in a fast-moving consumer products industry where agglomeration became a habit.

The split of EY into separate audit and consulting firms could create 3,800 or more multi-millionaires across the globe with payouts of up to £6.5million if all goes to plan.

That is not the best of looks for a trusted professional organisation at a time when railwaymen are on strike and food banks inundated with struggling households. Better advice required.