ALEX BRUMMER: Musk’s Twitter bid has whipped up a tech storm… but can a dominant owner really be trusted with such an important website?

Tech is America’s last wild frontier. Lack of regulation makes it relatively easy for Elon Musk to pony up £34billion in a matter of days, and with a combination of bombast and guile acquire Twitter in the name of free speech.

In spite of the big beasts of tech regularly being summoned to testify before Congress, efforts to tame their ambition fizzle out.

This speaks volumes to the power of lobbyists on Capitol Hill and a fundamental belief in the US that barriers should only be reluctantly erected against red-in-tooth-and-claw capitalism. 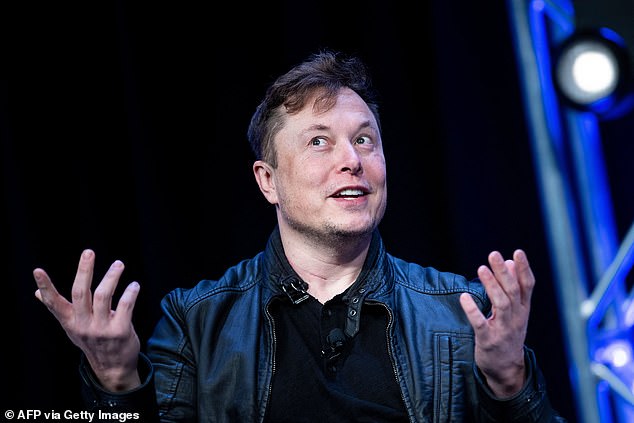 Power play: The World’s richest man Elon Musk was able to pony up £34bn for his Twitter takeover plan in a matter of days

There is nothing new in the unwillingness of the authorities to get in the way. It was several decades after the building out of America’s railways before the Interstate Commerce Commission was established in 1887.

It was only after John D Rockefeller grasped control of 90 per cent of oil production that Teddy Roosevelt moved against Standard Oil.

The EU and Britain, which lack their own digital giants, are less tolerant of big tech’s ruthless ambition.

We all live daily with GDPR, which is Europe’s sweeping law on online privacy affecting every outlet from giants such as Facebook to the local florist.

There is also legislation to protect citizens from harmful online content. Brussels has shown no hesitation in attacking Apple over tax arrangements with Ireland on competition grounds.

Musk could potentially use Twitter to advance the interests of Tesla or his satellite project Space X. The nearest Congress has travelled towards interfering with Silicon Valley are proposals to strengthen privacy rules.

But with a combined market value of an estimated £5 trillion, Alphabet, Meta, Apple et al have become states within a sovereign nation and essentially set their own rules.

Musk makes the case for free speech at Twitter, arguing against the kind of censorship which stops Donald Trump from tweeting. But can a dominant owner really be the answer to what is regarded as the globe’s speediest and most raw news site?

Musk has shown again an ability to bulldoze Wall Street into submission, turning a stake acquired in the open market into full control, unfazed by the usual disciplines.

But this latter-day Croesus and his fellow tech billionaires need to be better corralled.

If Rachel Reeves is the acceptable face of Keir Starmer’s Labour, then be worried.

Her rush to abolish non-domicile status politically keeps attention focused on tech heiress Akshata Murty, the spouse of Chancellor Rishi Sunak, and the Tory front bench. Murty pledges to pay UK taxes on her overseas earnings but has not disavowed her non-dom status.

Reeves’s move is a reminder that Labour is not a friend of wealth, enterprise and entrepreneurship. Jeremy Corbyn and Ed Miliband proposed similar policies. Gordon Brown thought about it but pulled back from the brink.

Plainly, rules for non-doms need to be modernised. Inheritance of the rights from a father is antiquated. The annual charge for non-dom rights is too low.

Reeves’s claim that New York has more billionaires than London even though Americans pay tax on their worldwide income is fallacious. The Big Apple is financial HQ for an economy ten times that of the UK.

Labour needs to recognise that the 75,700 people declaring non-dom status in 2019-20 did not get a free ride. They contributed £7.85billion in taxes to the Exchequer. It would be easy for them to waltz off to say Portugal, which welcomes riches.

Non-domicile status may be the first tax break to fall, but what comes next?

Among the threats could be a return to 50 per cent or higher income tax, axing or limiting tax allowances for ISA saving and pensions, heftier stamp duties on house purchases and share dealing and an end to inter-generational gifting. Careful what you wish for.

Hybrid and working from home has raised big questions about central London office space. The sale of a 75 per cent stake in British Land’s Paddington Central development for £694million can be read both ways.

BL’s tilt away from central London to a mixed-use project at Canada Water and logistics suggests a coolness towards entrepreneurial, careful assembly of core London assets, so much part of its DNA. Newish chief executive Simon Carter is voting with his feet.