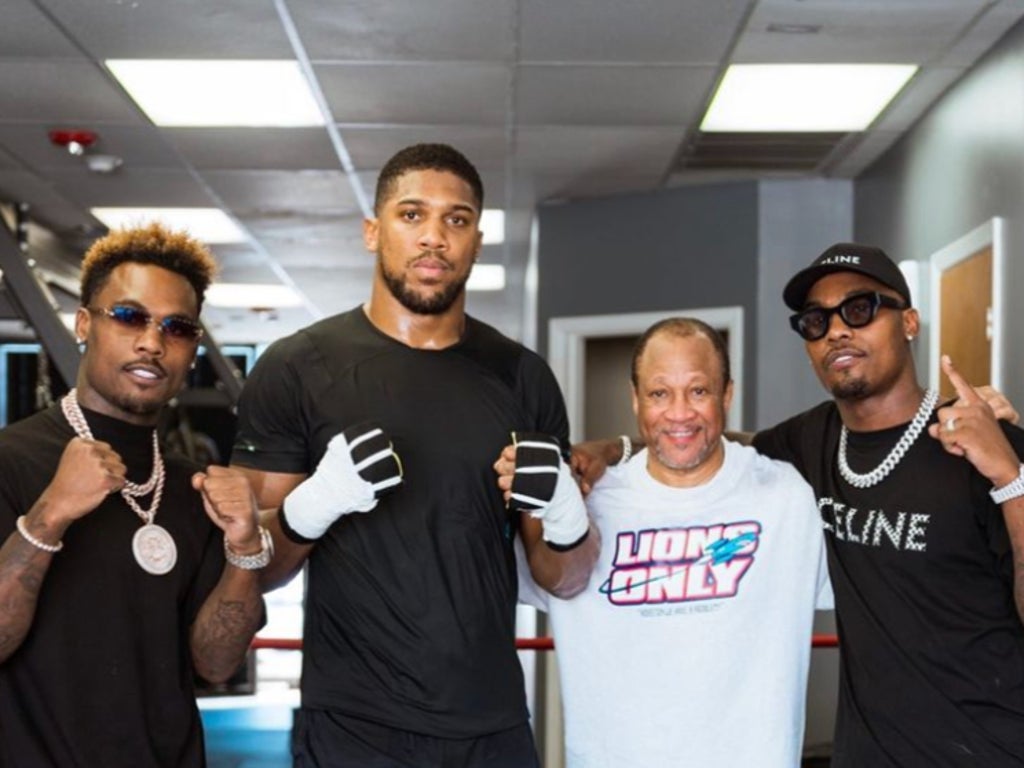 Anthony Joshua is visiting various established boxing gyms in the US as he seeks out a new trainer ahead of his rematch with Oleksandr Usyk next year.

Joshua’s tactics came under scrutiny after he lost his IBF, WBA and WBO belts via unanimous decision, with the Briton failing to impose his superior size and power on the technically gifted Ukrainian.

Joshua has exercised his rematch clause, with the second bout expected to take place in March 2022, and is currently spending time in the US exploring changes to his training set-up as he seeks to execute a more aggressive game plan.

Joshua has been pictured at Eddie Reynoso’s gym, the trainer of pound-for-pound superstar Canelo Alvarez, as well as at Vergil Hunter’s gym, who coached Andre Ward and currently works with Britain’s Joshua Buatsi, too.

Most recently, Joshua has been spending time with Ronnie Shields, a veteran trainer who worked with the likes of Mike Tyson and Evander Holyfield. The pair have been working together to see if they “mesh” ahead of a permanent appointment.

“They reached out to me and they asked if I would be interested in taking a look at AJ and that he wanted to come down to Texas and see if things would work out between him and I,” Shields toldThaBoxingVoice. “I said, ‘No problem, I would love to see if we had a connection together’.

“He said, ‘European boxing is different from boxing in the US.’ He realised he had to come to US to get something different… I guess he didn’t feel it was the right [game plan vs Usyk] so he wanted to make a change.

“He told me, ‘Listen, I know people don’t think I’m a dog. I’m gonna be a dog in this next fight.’ And that’s his words. He told me, ‘I just need you to show me how to be the best dog you can teach me to be.”

Joshua has been trained by Robert McCracken for the entirety of his professional career so far but relocating to the US seems set to signal the end of their partnership.

“Usyk is a good boxer and Anthony is still learning on the job and if he applies himself he will get the right result in the rematch.”