Asda has confirmed its swoop on Co-op’s 129-strong petrol station arm, valuing it at £600million.

The UK’s third-biggest grocer will take on the forecourts, adding to the 320 it already owns, and bolstering the petrol empire of Asda’s owners, the billionaire Issa brothers.

The Blackburn brothers, who picked up Asda for £6.8billion in 2020 alongside private equity house TDR Capital, own forecourt giant EG Group. 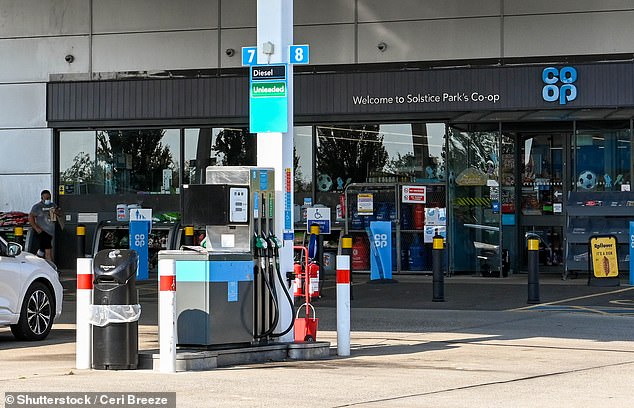 The business has a total of 6,000 petrol stations across Europe, with 340 in the UK.

The swoop on Asda led to a run-in with the competition watchdog and they were forced to offload 27 EG Group sites to proceed.

Asda’s takeover of the Co-op’s petrol arm will probably also be probed by the Competition and Markets Authority (CMA).

The watchdog could force the Issas to offload a handful sites if there are areas where the deal may cut competition.

Asda said: ‘We fully respect the obligations of the CMA to conduct their work and will of course cooperate with them.’

The grocer’s market share has fallen as shoppers are siphoned off by the German discounters Lidl and Aldi, and the UK’s biggest grocer Tesco.

It started opening Asda On the Move stores last year and will open its 50th this month.

Asda will pay £438million in cash for the business, with the total value including £162million of lease liabilities. It will also keep on the 2,300 petrol station staff.

The sites in the deal made £863million of sales in the year to June, with £53million of profit.

Co-op will use the proceeds to pay down debts and invest in its own convenience stores.