With brand new cars from 2030 needing to be electric as part of the Government’s 2050 net-zero emissions target, many learner drivers may be tempted to go down the ‘simpler’ automatic route.

That is, learning in an automatic car and passing their test in it, rather than going down the manual route, where they shift gear.

Currently, those with an automatic licence can drive an electric car. Thanks to the way they work, electric cars only have one gear. 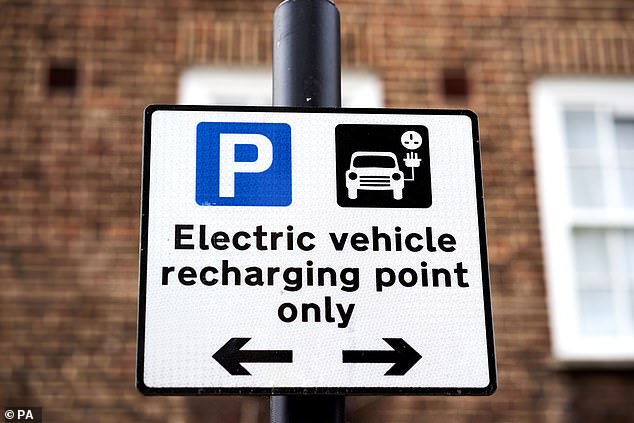 Charged up: Driving experts have said that more charging points are needed in the UK if the general public is to make the shift into more electric vehicles

Around three in five 17-24 year-olds plan to bag an automatic licence rather than a manual one, according to a recent survey from road safety charity IAM Roadsmart.

What will the future of learning and tests look like for drivers once electric driving becomes the norm?

How could electric cars be tested differently?

In a manual car, the driver is responsible for changing gear for the car to function safely and efficiently, whereas in an automatic car, the gear changes automatically, taking the thinking-work away from the driver.

As a result, drivers who learn in an auto and pass an automatic test are only qualified to drive automatics, where as manual drivers can choose any kind of car.

But for electric cars, things are still a little unsure and instructors are calling for more guidance on the future and what it might mean for tests.

Driving tests in electric cars currently follow automatic driving rules, which means that anyone passing their test in an electric vehicle would only be able to drive automatic cars – and currently driving schools offering electric car learning are few and far between.

Some driving instructors, such as electric vehicle instructor Drew Thompson from DrewMatic in Peterlee, in County Durham, have said that the Government needs to consider adding new criteria for electric vehicle tests before the rapidly approaching 2030 deadline.

Drew suggested that tests could include more testing features from how to connect your car to an electric charging point, to using an e-pedal for accelerating and breaking.

He also suggested that examiners could begin testing drivers awareness of pedestrians, as electric cars are quieter, so it’s more important than ever that drivers are aware of those around them.

Driving tests could also accommodate measures such as preserving your cars battery, maximising your driving range, or knowing where to find a charging point.

Seb Goldin, chief executive of RED Driving School suggested that most of the elements of an automatic car test will remain, there could be some changes to the ‘show me, tell me’ section of the test.

He said: ‘When learning in an EV becomes the norm in the UK, the driving test may evolve further with examiners checking to ensure that the driver can use the techniques needed to maximise the range of the vehicle.

‘For example, in the “show me, tell me” part of the practical driving test, candidates may be asked to give an understanding of how to use an EV chargepoint or prove an awareness of available chargepoints in areas they are traveling to.’

Meanwhile, Anthony Johnson, director at driveJohnson’s suggested that tests could expand to include autopilot features such as self-driving and auto parking.

He also noted that while these features could become an integral element of future electric car tests, at the moment learners can use any feature on the vehicle they are driving such as cruise control, parking sensors, and lane assist during their tests. 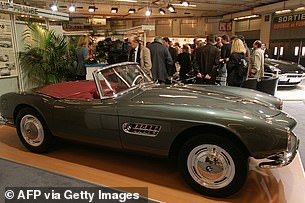 Instructors recommend that new learners should continue to learn in a manual car, as older models with a manual gear box will still be the majority on the market

Anthony adds: ‘I think anyone who is capable of learning in a manual car should take manual driving lessons.

‘Obviously, if someone is really struggling to grasp a manual gearbox, then they should consider automatic tuition.’

Anyone who is a car enthusiast will probably appreciate the choice of being able to drive manual or automatic transmissions.

Anthony adds: ‘As they get older, they may want to purchase classic cars and, with an automatic-only licence, their choice will be extremely limited and may choose to obtain a manual licence later in life.’

He also suggests the UK’s rapid move towards electric cars is too hasty, and that there’s still a long way to go with calls for installing more charging points and introducing more green incentives.

Anthony added: ‘My apprehension is that the UK will run before it can walk properly in regards to electric cars.

‘The Government have stuck a flag in the ground for 2030 and 2035, I personally don’t think we will be ready for these changes.

‘I can see the wealthy moving over to electric easily, but I cannot see how families living in terraced houses and tall flats with a lack of parking availability will be able to charge their electric cars.

‘It is likely that hybrid vehicles will continue to be built behind 2035.’ 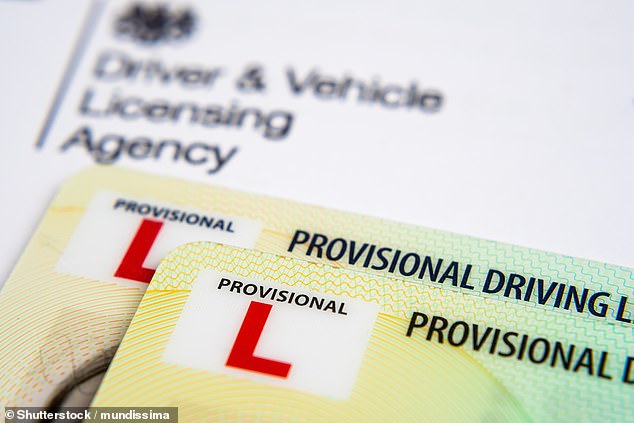 Automatic driving tests are on the rise, as 13.8 per cent of tests are now taken in automatic vehicles, as instructors predict the figure will rise as the UK moves toward all-electric cars

Automatic lessons are growing more popular, with 13.8 per cent of drivers opting to take their test in an automatic car in 2021 – a 10 per cent rise on 2008.

However, experts believe that manual driving tests will continue to be the more popular test choice for new drivers and that they shouldn’t be abandoned just yet.

Anthony adds: ‘For the next three to five years, I don’t believe we will see any major changes to the driving test.

‘Although the demand for automatic driving lessons is steadily increasing, it’s not moving fast enough to warrant any significant changes to the driving test at this time.’

When asked if automatic driving tests are likely to continue to grow in popularity, he said: ‘Yes, but not as quick as you would think.

An automatic driving test is very similar to a manual in terms of the test route, driving examiner or the manoeuvre that you are asked to perform.

In both types of tests you can pass and fail on same criteria.

You can receive up to 15 minors and still pass, but if you three of the same minor, or one major, then your test will result in a fail.

Driving examiners also don’t need to tell you during your test if you have failed, so you will need to completely finish your exam before finding out if you have passed.

The biggest difference between testing in an automatic car is the qualification you receive once you have passed.

Pass rates in automatic cars are also significantly lower than in a manual, despite people suggesting they are easier to drive.

The current pass rate is around 40 per cent for automatic vehicles, compared to 46 per cent for manual tests.

Some wannabe drivers may feel learning in an automatic car is easier and safer than in a manual, as drivers can spend more time focusing on the road, especially at crucial points, such as changing lane or approaching a roundabout.

Petrolheads, however will often say that manual cars are better to drive, as the gearboxes give the driver more control, are easier to maintain and cheaper to fix – and can also make you a better all-round driver.

Anthony also says there is the cost to consider as well: ‘Most 17- to 20-year-olds are on a low wage or are still in education.

‘If you compare second hand 2016 registration Vauxhall Corsa’s in manual to the automatic equivalent on Autotrader, there is a difference in cost of approximately £2,000.

‘Most of this age group will be looking for a cheap car once they pass their driving test, typically opting for hatchbacks as they tend to be in the lowest insurance groups.

‘Until we see more affordable used automatic hatchback and/or electric vehicles for sale, the demand for automatic driving lessons will not increase as quickly as many people believe.’

The same can be said of the second hand electric car market – with not as much quality stock available, young, first time drivers are unlikely to make it their first purchase.

Seb Goldin also said the demand for automatic lessons is likely being driven by the move towards electric cars, but does not expect the demand for manual tests to start declining anytime soon.

He said: ‘Consumer demand is still in favour of learning to drive and passing the test in a manual car as this keeps all driving options open both now and in the future.

‘However, there is certainly a growing appetite for automatic vehicles.

‘This in part can be explained by the growing popularity of electric vehicles as we work in line with government net zero targets and approach the 2030 ban on the production of new petrol and diesel cars.’ 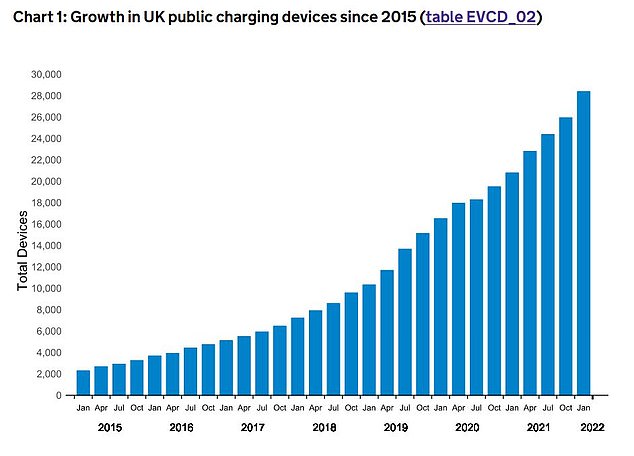 Anne Heche, 53, will have life support turned off as blood tests show 'signs of narcotics'