More than eight million people have now switched current account since the launch of the official switching service in 2013, data shows.

The milestone was reached after almost 197,000 switched current account between January and March this year – representing a 41 per cent rise on the same period in 2021.

In the last five years, Nationwide has seen the most net customers switch to it out of all major banks and building societies in the report, while Barclays is the biggest loser by far. 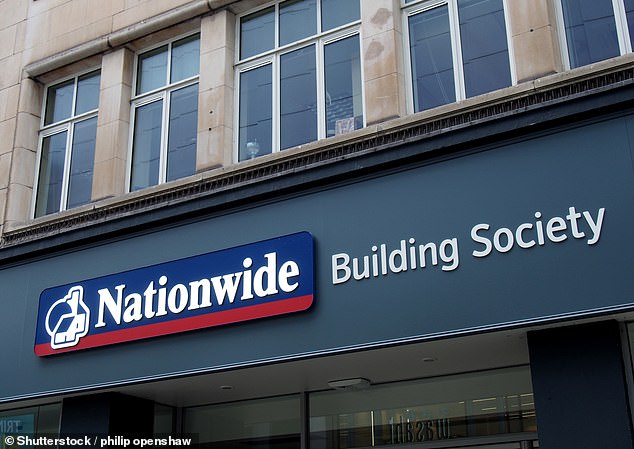 The current account king: Nationwide has attracted more than 661,000 more customers than it has lost via the switching service

Recent switching figures are thought to have been driven by incentives such as cash bribes as well as a need for many customers to switch away from Tesco and M&S, which closed their current account offerings.

Lately, Santander has enjoyed the highest influx of switchers, gaining 36,494 more customers than it lost during the final three months of 2021 – individual bank data lags three months behind the overall statistics.

Many people would have likely been enticed by Santander’s recent wave of cashback incentives aimed at new joiners.

In September it launched a £130 cashback to new joiners and in January it upped this offer to £140.

Although both incentives are no longer available, the bank still offers between 1-3 per cent cashback on household bills, which will continue to be a draw given rising energy costs at present.

Santander may have won the most recent switching battle, but it’s Nationwide that is winning the war, having dominated the switching service over the past five years.

After adding 33,691 customers in net switches in the final three months of last year, it has attracted a total of 661,375 more customers than it has lost in switches since the end of 2016.

Many customers will have been drawn to Nationwide of late, thanks to its £125 switching incentive aimed at new joiners, which has been in place since August last year.

Santander, is the next best performing bank, with a net gain of 353,173 customers during that time, closely followed by Halifax with 333,853, despite losing 342 customers overall in the latest three month period. 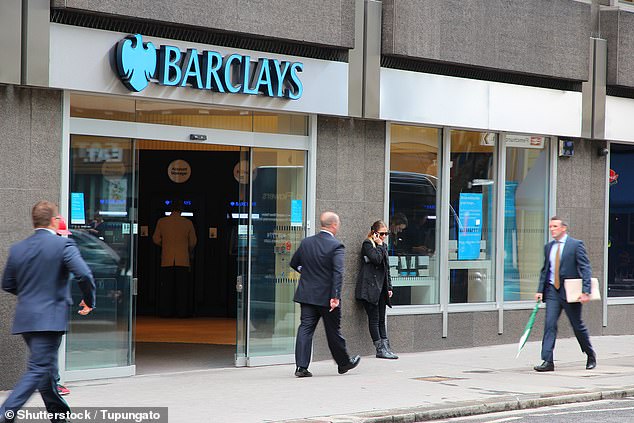 Switching away: Barclays has lost 475,484 more customers than it has gained since the current account switching service began in late 2016.

Perhaps, more surprising is that these three major names are followed by two app based banks, Starling and Monzo bank, which only joined the current account switching service in 2018.

Both banks have consistently attracted more customers than they have lost with Starling and Monzo having achieved net customer gains of 149,960 and 146,563 respectively.

At the other end of the scale, Barclays has endured consistent customer losses over the past five years.

Barclays has lost 475,483 more customers than it has gained during that time.

There are signs that the growth that Monzo and Starling bank have enjoyed over the past three years is beginning to slow, despite both gaining more customers than they lost in the final three months of 2021.

‘Maybe the initial shine is starting to wane a little – if the slowdown continues it will be interesting to see if they resort to switching incentives as a way of boosting customer recruitment.’

‘They now have an aggressive new digital competitor in Chase Bank which will no doubt take a good number of new clients with its current attractive offering.’ 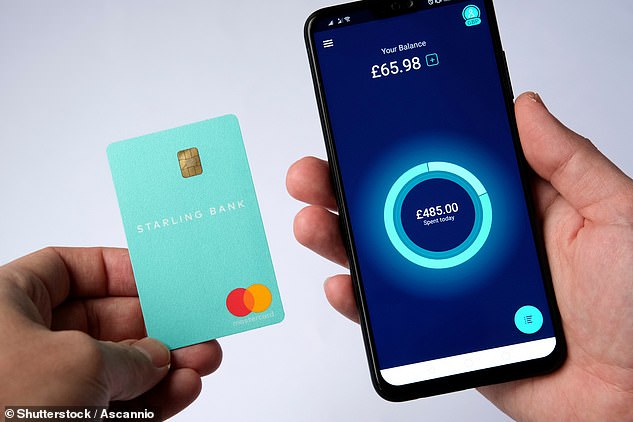 Digital banks on the wane: Despite consistently gaining more customers than they lose since joining the switching service, Starling and Monzo’s switching gains are starting to slow.

Chase Bank launched in Britain last September and already serves 56million digital customers in the US and its parent company JPMorgan manages trillions of pounds of assets.

The app based bank comes with some attractive features that may pull in customers from other digital banks.

It comes with some good features, namely its 1 per cent cashback on spending for the first 12 months and its linked easy-access savings account paying a market leading 1.5 per cent on balances up to £250,000.

It is not currently included in the switching figures.

What encourages people to switch?

Britons remain surprisingly loyal to their banks given that loyalty so rarely pays when it comes to bank accounts these days.

One third of current account customers claim to be very loyal to their existing provider, according to recent research by CASS.

However, it appears that rampant inflation – which currently stands at 7 per cent as of February – may begin to cause some people to question their loyalty.

The research found that nearly one in five feel that the cost-of-living crisis is pushing them to seek out product features such as additional overdraft facilities.

For example, some may be tempted by First Direct’s offering of a £250 interest-free overdraft. Not to mention the £150 cash bonus they are offering to switchers at present.

The research also found that one in ten believe they now need banking services that can help them better track their spending.

This is perhaps why digital banks such as Monzo and Starling have thrived in recent years, despite never offering juicy incentives such as cashback, improved interest rates, or lifestyle benefits such as free cinema tickets or magazine subscriptions.

As has been the case for a while, non-financial reasons are the most cited reasons for favouring a new current account, according to CASS.

Online and mobile banking offerings, better customer service and location of branches are the most common reasons why customers choose to switch bank accounts, rather than upfront welcome bonuses. 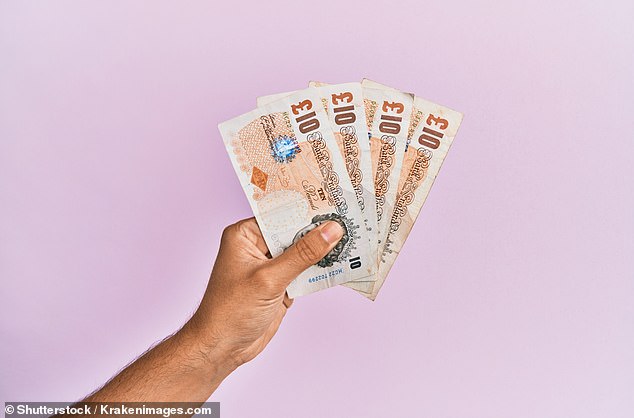 One in six current account holders are actively thinking about switching, with those who have experienced a major life event in the past year twice as likely to consider switching than those who haven’t.

David Piper, head of service lines at Pay.UK said: ‘Of course, with cost-of-living rises continuing to put pressure on many households it’s more important than ever that people assess whether their existing current account is best suited to their needs.

‘It may be that an alternative provider could offer something preferable and we would encourage those considering a switch to remember that the Current Account Switch Service is free to use, easy and guaranteed.’