The mining giant reported profit growth of 173 per cent  in the 12 months ending June to $30.9billion, bolstered by a $7.1billion gain from the merger of its petroleum business with Woodside Energy and the sale of its Mitsui Coal operation.

BHP paid out a special $19.6billion dividend following the Woodside deal and on Tuesday announced a final dividend worth $8.9billion, meaning the firm will return a record $36billion of cash to investors for the year. 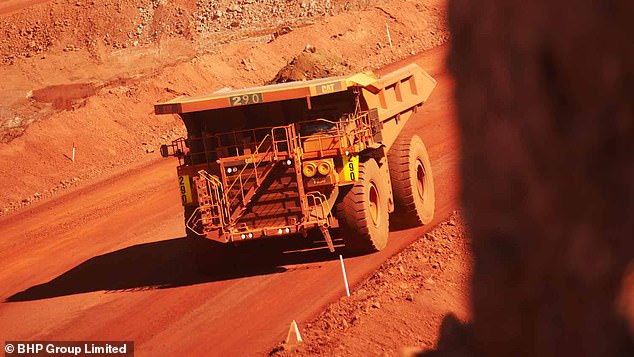 Shareholder Boom: BHP announced a final dividend worth $8.9billion today, meaning the Australian firm will return a record $36billion of cash to investors

The firm saw record underlying profits and free cash flow on the back of huge sales from its Western Australian iron ore business and surging commodity prices.

Copper prices traded at historic highs for much of the financial year, while both energy and metallurgical coal prices rose to their highest ever levels in the second half of the period.

Commodity prices have been boosted by sanctions against the Russian mining industry following the full-scale invasion of Ukraine.

This helped revenues in the group’s coal segment triple to $15.5billion and swing back to an underlying profit of $8.7billion, having recorded a $577million loss the previous year.

Cost control measures also enabled the Australian company to slash its net debt by 92 per cent to just $333million. 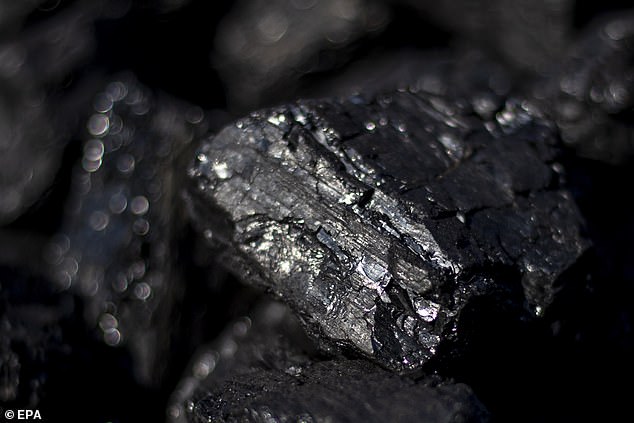 Recovery: BHP’s coal segment saw revenues triple to $15.5billion, while it swung back to an underlying profit of $8.7billion, having recorded a $577million loss the previous year

Chief executive Mike Henry said: ‘These strong results were due to safe and reliable operations, project delivery and capital discipline, which allowed us to capture the value of strong commodity prices.’

BHP Group shares rose 4.4 per cent to £23.36 during the late morning on Tuesday, meaning their value has grown by over 30 per cent since the start of 2022.

The company warned that its near-term outlook would be negatively impacted by slowing growth across major markets, political uncertainty and central banks pursuing tighter monetary policies.

However, it expects to benefit from a rebound in the Chinese economy, which has been heavily affected by severe lockdown restrictions and a downturn in its commercial property industry.

Susannah Streeter, a senior investment and markets analyst at Hargreaves Lansdown, said: ‘Despite China’s fragility, commodity giant BHP Billiton sees it as the more reliable source of revenue ahead, while other advanced economies face more of a struggle amid rising inflationary pressures.

‘Weaker commodity prices, especially for industrial metals, remain a risk for the miner ahead especially given worries about China’s property sector, although its strong cost control and low-cost operations should give it resilience amid the uncertainty.’

To try and take advantage of the fall in commodity prices, BHP recently launched a takeover bid for Adelaide-based Oz Minerals worth $5.8billion, a 32 per cent premium on the firm’s closing share price on 5 Friday.

The board of Oz rejected the offer on the grounds that it substantially undervalued the business, while chief executive and managing director Andrew Cole called it ‘highly opportunistic.’