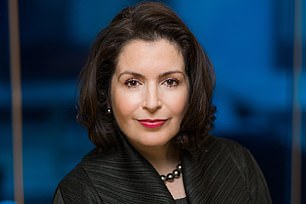 A British banker is set to take a top job at Credit Suisse as the troubled bank shakes up its management yet again.

Francesca McDonagh, the former boss of Bank of Ireland, was originally appointed as Credit Suisse’s head of Europe, Middle East and Africa earlier this year.

She was due to start in September. But following the departure of chief executive Thomas Gottstein, who was failing to turn the beleaguered bank around fast enough, 47-year-old McDonagh has bagged a speedy promotion before her work has even begun.

She will take on the role of chief operating officer, helping boss Ulrich Korner to slash costs at Credit Suisse.

Dixit Joshi, who worked at the lender between 1995 and 2003, will also return to replace chief financial officer David Mathers.

Credit Suisse is trying to restore its reputation after a string of bruising scandals including corporate spying and the collapse of Greensill Capital, whose products it had invested clients’ money in.

British man, 20, dies while on holiday in Mallorca as officers pull body from sea