By Nicholas Neveling For The Daily Mail

UK businesses are more confident than their European peers and are investing at a faster pace than prior to the pandemic despite a small contraction in second quarter growth.

As the Office for National Statistics (ONS) reported a negligible 0.1 per cent decline in GDP – half the drop predicted in pessimistic forecasts – a business confidence poll showed that UK companies are facing up to macro-economic challenges with a more positive attitude than rivals on the continent.

The Accenture/S&P UK Business Outlook – a quarterly survey of business optimism tracking 12,000 businesses, including 1,400 in the UK – showed 28 per cent of UK private sector firms expected activity to increase over the coming year. 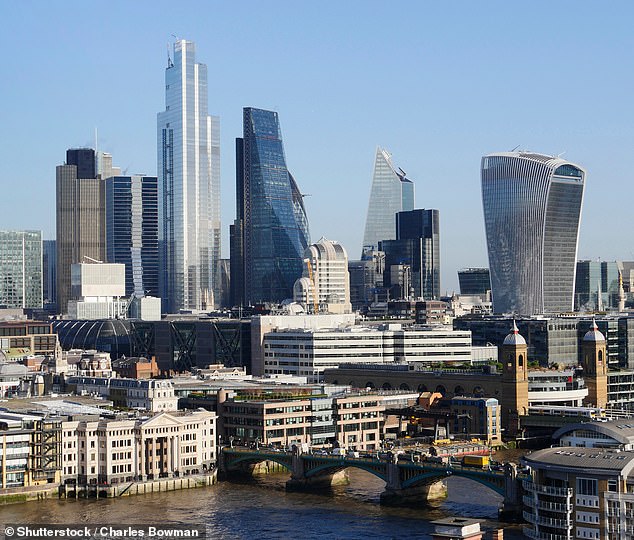 Forging ahead: A business confidence poll showed that UK companies are facing up to macro-economic challenges with a more positive attitude than rivals on the continent

The score is lower than recorded earlier in 2022, but still substantially healthier than the EU and global averages, which came in at 16 per cent and 22 per cent respectively.

The confidence of British companies was further underscored in the ONS’s GDP release, which revealed that businesses are continuing to invest in the face of economic headwinds.

According to the ONS, business investment rose 3.8 per cent in the most recent quarter, well above pre-pandemic levels. One area of concern for companies will be the widening trade deficit, which saw imports exceed exports by a record £27.9billion.

Much of this, however, was a result of costlier oil and gas imports and it is hoped that the gap will narrow as energy prices normalise.

The fresh data comes as economists raged over whether or not the UK is heading for a recession.

The GDP data showed that tourism, recreation and hospitality sectors performed particularly strongly between April and June, helping to offset a dip in healthcare and social work output as Covid vaccination and test-and-trace programmes wound down. The stoic performance of British industry flies in the face of forecasts that the UK was destined to plunge into a protracted downturn before the end of 2022.

Technically defined as two consecutive quarters of contracting GDP, a recession this year is now far from inevitable.

‘It is too early to call a recession despite output fall,’ KPMG UK’s chief economist Yael Selfin said.

Martin Beck, chief economic adviser to the EY ITEM Club, added that it wasn’t forecasting a recession at this point, ‘given the supports the economy still has’, including low unemployment and healthy household balance sheets.

John Lewis teams up with Abrdn to develop 1,000 homes