My husband and I have a fixed-rate tariff with British Gas which runs until June 2023.

We’re moving home next month and looked on the British Gas website to see how we go about moving our tariff with us as it is far better than anything else out there.

The website says it is possible to transfer the tariff but trying to do this online is impossible as the website keeps crashing. 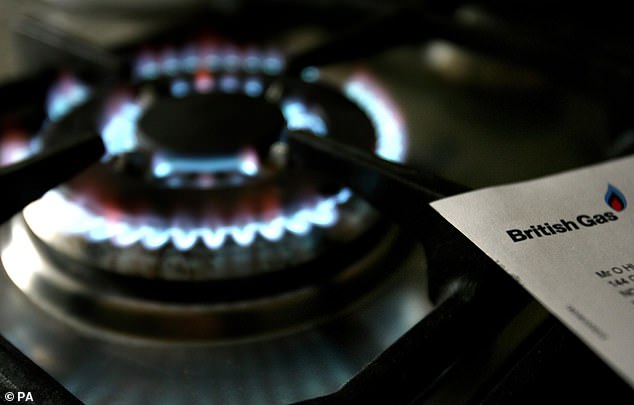 We spoke to someone on the online chat and then someone on the phone and were told we were not able to transfer the tariff. This is despite it saying on the British Gas website you can.

We were told that because of all the customers that have been taken on by British Gas after other suppliers went bust, they will not transfer our tariff because they are too busy. We feel they are dumping existing loyal customers to make a profit from new ones.

We complained and were told this is British Gas policy. Is there anything we can do? Via email

Angharad Carrick of This Is Money replied: Moving house is a stressful time so I’m sorry to hear that things aren’t going as smoothly as they could be.

More often than not your energy supplier will allow you to transfer your fixed-rate tariff to a new property. British Gas is one such supplier.

Most suppliers are fairly accommodating if you are moving house and want to keep you on your existing fixed contract. As long as your name is on the energy bill at your new address you can just ring your supplier before you move.

It therefore seems odd that you claim British Gas told you you weren’t allowed to transfer the tariff particularly as the website seems to suggest you can.

The wording on the British Gas website is careful as it says ‘you can usually’ take a tariff but it does not set out scenarios in which you would not be able to.

You have been customers of British Gas Evolve, which has since been rebranded to British Gas, since July 2021 when you took out your two-year fixed rate contract.

Evolve customers were brought back into the British Gas main brand last year which may have complicated matters because there is no mention on the website of what former Evolve customers can do when moving house.

I understand there was no reference to keeping the tariff when moving house in your contract either, which has further added to the confusion.

This would have been incredibly stressful. Usually finding a new provider and tariff would be inconvenient but you would have been able to find a similar deal on the market.

However, with soaring energy prices, moving from a fixed tariff to a default deal at the new property will have cost you thousands more per year.

You raised a complaint with British Gas but this was quickly closed, which is when you emailed us.

I am pleased to say British Gas has rectified the situation and accepted you were given the wrong information by their first line reps.

It also clarified that there is no connection between the new customers British Gas has taken on and their existing ones.

It seems that there was an IT issue which prevented you from using the British Gas website to transfer the tariff online.

British Gas has apologised for the confusion and said it is ‘entirely unacceptable that this situation was mishandled in this way’.

You and your husband will be accepted as a British Gas customer on the new property. You will need to inform them of your new address, your meter readings on your old meters and readings from the new meters.

British Gas will also offer a financial gesture of goodwill which will be credited to your energy account.

A spokesperson for British Gas said: ‘We’ve spoken to [the customer] to let [them] know we’ll move [their] old tariff across to his new property.

‘In general, we will honour customers’ current fixed tariff if they are moving into a new property and want us to supply it.

‘We’ve provided feedback to make sure this doesn’t happen again and we’ll also be providing [the customer] with a goodwill gesture.’

Angharad Carrick adds: British Gas will usually honour the old tariff but there are sometimes rare situations where the tariff cannot be moved immediately. Or if there is a long gap between when the customer moves to their new property and when they ask for the old tariff to be reinstated.

It shouldn’t have taken an intervention by us to sort this and I hope British Gas make it easier in the future for customers to understand whether they can keep their tariff, and if not, why.

> How much will you pay under the energy price guarantee? Check different bills

If you are currently on a fixed contract at your current property and don’t want to pay an early exit fee, you can ask your supplier if you’re able to transfer your tariff to your new home.

If your new property has a prepayment meter, you will need to pay for any gas and electricity usage up front.

Given soaring energy prices, suppliers may not be shouting about keeping existing tariffs but do check your contract and your supplier’s website.

Energy providers such as SSE or Ovo Energy won’t be able to transfer your specific contract to a new property, as their rates are location-based.

To stay with them, you would need to negotiate a new deal and put yourself at the mercy of higher prices.

Sometimes a supplier won’t be able to move a contract to a new property, or the home mover may want to take the opportunity to switch provider for another reason.

The good news, is that, in many cases, customers won’t be charged a fee if they need to move out and cancel their contract before the fixed term ends.

British Gas, EDF, Octopus and SSE all say they won’t charge an exit fee in this situation – though those with other suppliers are advised to check.

Gareth Kloet, GoCompare’s energy expert said: ‘For the incoming occupier, the existing supplier will put them onto their standard variable tariff and continue to bill the new occupier on that tariff until they opt for an alternative tariff.

‘Customers can also use apps or online methods to contact their suppliers, but in these situations, a phone call is often easier and more efficient as the supplier can talk you through the options and finalise everything whilst you are on the call.

‘For example, they may have to issue a credit to you when the account is finalised at your existing property, and possibly make arrangements to pay any outstanding bills if the final account is in debit.

‘Getting on the phone and speaking to your supplier about what is and isn’t possible is always the best way to deal with the complications of switching suppliers when moving home.

‘All issues can then hopefully be resolved there and then, and all parties will know where they stand with their energy bills.’