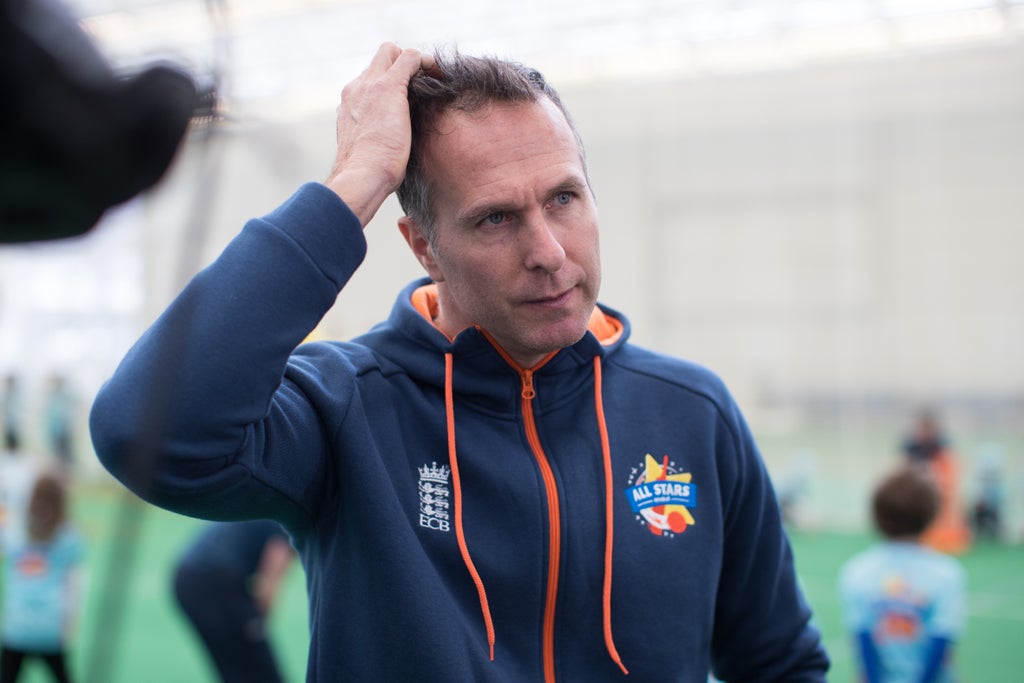 Vaughan was implicated in allegations of racism made by his former Yorkshire team-mate Azeem Rafiq which the 47-year-old categorically denies as “completely false”.

After being stood down from his BBC radio show earlier this month, Vaughan was subsequently left out of the corporation’s team for the upcoming Ashes tour because of what was described as a potential “conflict of interest”.

On Wednesday, Vaughan responded in a post on Instagram to say he was “very disappointed” by the BBC’s decision, but confirmed he was still looking forward to heading to Australia as part of the Fox Sports team.

However, the broadcaster is not sending a bespoke commentary team, and instead had planned to take the audio feed from Fox Sports, who are one of the Australian rights holders.

In light of recent developments, that position is to be looked at again – and could result in BT Sport opting to use a different audio set up, such as that from Channel 7, which includes Sir Ian Botham and Ricky Ponting.

A BT Sport spokesperson said in a statement: “As a result of Covid and travel restrictions BT Sport had made the decision to take our commentary feed from the Australian host broadcaster.

“The recent report presented to UK Parliament uncovering institutional racism within cricket and specifically Yorkshire County Cricket Club is extremely disappointing and a concern for all.

“Given these recent events we are reviewing and discussing our commentary plans with Cricket Australia.”

In another development, former Middlesex and Durham bowler Simon Hughes has resigned from The Cricketer magazine following criticism for his comments in a podcast regarding Rafiq’s allegations of racism at Yorkshire involving Gary Ballance.

“I have immensely enjoyed the last seven years as editor and editor-at-large, and am very proud of what we have achieved with the magazine and the business,” Hughes said in a statement.

“However I feel the time is right for me to now properly pursue other interests.

“I know I leave the magazine in very good hands and I thank you and all the board for all your support and advice.”

Meanwhile the ECB’s 12-point action plan to combat racism in the game is now expected to be unveiled on Friday.

Officials had been expected to release the report on Thursday and the PA news agency understands the delay is down to clarification of a number of relatively minor details.

Clubs are expected to be told to ensure a specific minimum of ethnic minority representatives on their respective boards, whilst the Telegraph reported all clubs from grassroots level up will be required to undertake diversity training.

It is understood clubs and counties failing to adhere to the new rules risk having their ECB funding revoked.

All out: Michael Vaughan and the demise of cricket’s lads’ club