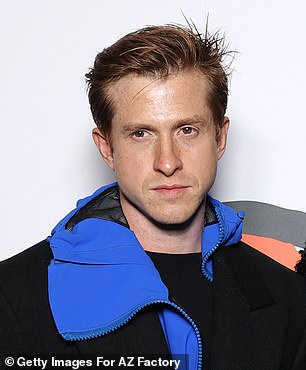 New man: Burberry has revealed that Daniel Lee (pictured) will replace Riccardo Tisci as its next creative director

Fashion house Burberry has revealed that Daniel Lee will replace Riccardo Tisci as its next creative director from the start of next week.

Tisci, 48, has overseen a transformative but tumultuous period at the British clothing powerhouse since becoming creative head four years ago, having spent over a decade in the same role at Givenchy.

Meanwhile Lee, born in Bradford, Yorkshire, was a virtual unknown outside the fashion world before he became the creative director at Italian luxury brand Bottega Veneta from 2018 to 2021.

He helped reinvigorate the company by introducing accessories like the ‘pouch’ clutch bag, which became the fastest-selling bag in its history and was adorned by models Kylie Jenner and Rosie Huntington-Whiteley.

He ended the use of fur in the group’s clothing, expanded its sportswear and streetwear ranges, focused on appealing to a younger audience and launched campaigns involving the likes of supermodel Gisele Bündchen.

But the group was knocked off course by the pandemic causing a massive worldwide downturn in the apparel sector as consumers stayed home and upmarket hospitality events were cancelled.

Trade has revived as lockdown restrictions have been loosened, but sales in China, one of Burberry’s largest markets, have been heavily impacted this year by the country’s zero-Covid policy.

Demand outside mainland China has continued to recover, though, with leather goods and outwear sales expanding by double-digit percentage levels in the first quarter due to high demand for its Lola handbag range, jackets and rainwear. 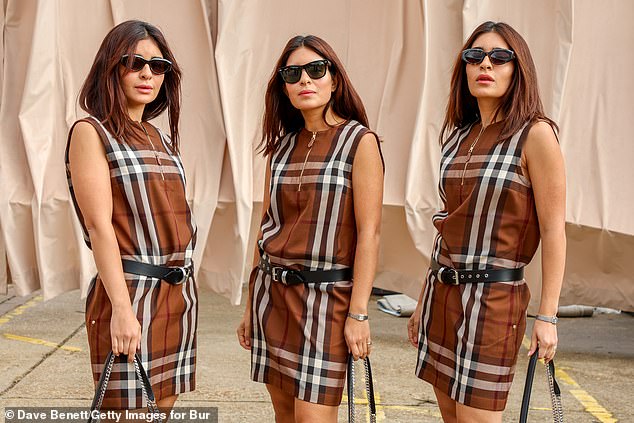 Cool: Burberry shares were the top riser on the FTSE 350 on Wednesday morning following the announcement that Daniel lee would become the new creative director

Burberry chief executive Jonathan Akeroyd said Tisci had ‘enhanced our creative language, modernised and elevated our product offer and brought a new generation of luxury customers to our brand.’

He added that Lee was ‘an exceptional talent with a unique understanding of today’s luxury consumer and a strong record of commercial success, and his appointment reinforces the ambitions we have for Burberry.’

While at Bottega Veneta, the brand brought square-toe heeled shoes back on trend, replaced monthly fashion shows with private ‘Salon’ events and launched a digital journal after closing its social media accounts.

It was one of the few luxury fashion houses owned by French conglomerate Kering, whose brands include Gucci, Alexander McQueen and Balenciaga, to report an increase in sales in 2020.

Following the announcement of Lee’s appointment this morning, Burberry Group shares were the top riser on the FTSE 350 Index, rising 3.3 per cent to 1,740.5p.

His arrival comes just a few days after Burberry announced that Julie Brown would be stepping down as chief operating and financial officer in April next year.

Brown will take up the chief executive post at GlaxoSmithKline, thereby making the pharmaceutical firm the largest London-listed business with a female boss.

Matt Hancock announces he will stand down as MP