Cash savers urged: Hold out for further increases as interest rates on savings accounts rise to 4.5% for those salting away cash for a few years

Savers have been some of the few beneficiaries of the nail-biting economic turmoil of the past few days, with interest rates on savings accounts raised to 4.5 per cent for those salting away cash for a few years.

A base rate rise to 2.25 per cent by the Bank of England last month is not expected to be the last – with predictions that it could be raised to as high as 6 per cent next year to combat inflation.

This means savings rates are expected to continue to go up. 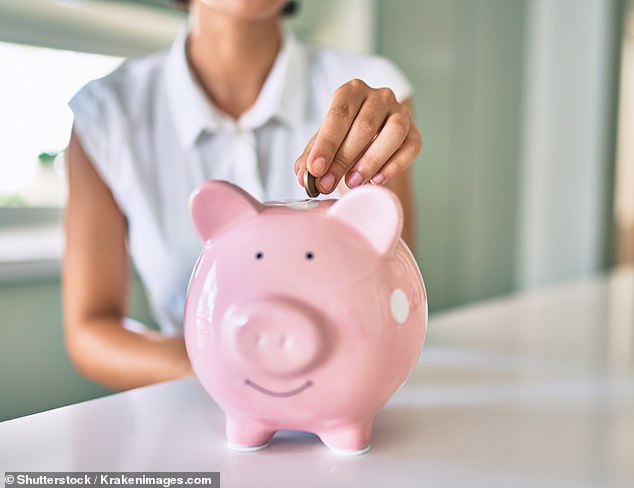 Upward trend: A base rate rise to 2.25 per cent by the Bank of England last month is not expected to be the last – with predictions that it could be raised to as high as 6 per cent

One of the best new deals is a five-year fixed-rate bond paying 4.5 per cent annually from United Trust Bank on balances of £5,000 or more, according to the rates scrutineer Savings Champion. Another leading offer is 4.4 per cent from online bank Zopa if you agree to put aside at least £1,000 for five years.

However, if rates continue to rise it may not prove prudent to lock away your cash for several years.

For those who want instant access to their cash Charter Savings Bank is one of the best paying 2.25 per cent on balances of over £5,000.

Anna Bowes, co-founder of Savings Champion, says: ‘The market is still expecting further base rate rises so even better deals could be offered over the next few months and into next year. The best buys now on the market reflect an expectation of rate hikes in the future.’

But with none of the deals nearing the inflation rate of 9.9 per cent, savers will still see the spending power of their cash eroded.