They call them the Cool Vikings. In City terms, they are the biggest thing to come out of Sweden since Ikea and Scandi noir.

Until recently, however, few had even heard of Cevian Capital, which operates from a modest office in an exclusive district of central Stockholm. Its premises – overlooking the quaint Humlegarden, a green oasis within the city – give few clues to the power it wields in the Square Mile and over the wealth of British pension savers.

Cevian is Europe’s biggest activist investor and has taken stakes in some of the FTSE100’s largest companies. Its latest target is Vodafone, which joins a list including education specialist Pearson and insurance giants RSA and Aviva. 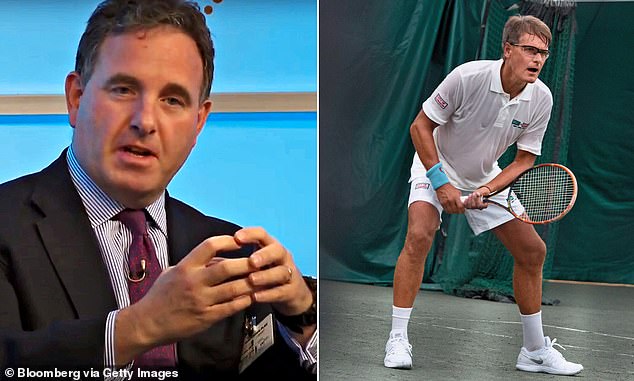 This, however, is not the usual brand of aggressive intervention. It is shareholder activism Scandinavian-style. Cevian takes an altogether more subtle approach than its pugilistic rivals from New York, who tend to kick down doors rather than politely knocking to gain entry to the boardroom.

The firm’s sharply dressed investment experts refrain from writing scathing public letters. Nor do they stage public showdowns at shareholder meetings to force change at companies. They pride themselves on building relationships with firms and establishing long-term goals.

Through its brand of ‘constructive activism’, the enigmatic Cevian has taken a commanding position in Europe with $15billion (£11billion) of assets. It does not bet against companies by ‘short selling’ shares. It will only invest in businesses listed on a European stock exchange and it takes only two or three new stakes a year.

For all its civility, Cevian is still feared and it is not afraid to parachute its people on to boards.

Among its most experienced staff are co-founder and managing partner Christer Gardell, 61, formerly at management consultancy McKinsey, and the square-jawed American Harlan Zimmerman, based in London and whose previous firms include F&C fund managers. Senior partner Zimmerman, 55, is a dual US and UK citizen, living in London since 1992.

One investor, who has backed companies in which Cevian has taken a stake, said of Zimmerman: ‘He’s incredibly charming and personable. I suspect he comes across to the companies he works with as, ‘We’re here to help, we believe in your business’. They’re the antithesis of demanding.

‘Their manner is non-aggressive, almost friendly.’

But another investor warned that Cevian can sometimes haunt a company’s shareholder register much longer than rivals, making it a thorn in the side of management.

The firm took a stake in Aviva in 2020, less than a year after Amanda Blanc started as chief executive, calling on her to ramp up on cost-cutting and on plans to hand cash back to shareholders, by returning £5billion by the end of this year.

It emerged last week that Cevian – until very recently chaired by Lord Myners, the highly respected City veteran who died last month aged 73 – had taken an undisclosed stake in Vodafone.

The desire is to bulk up its board with telecoms experience following the recent departure of nonexecutive directors Olaf Swantee and Sanjiv Ahuja.

Cevian may also push for Vodafone to buy back its shares, which boosts the price, and to sell out of peripheral markets and drive investment into those with the best growth prospects.

The telecoms giant, which has a market value of £36billion, has held early-stage talks with German firm Deutsche Telekom and French business Orange about a merger of their wireless towers.

Cevian has also approached Hong Kong-based CK Hutchison about a possible deal with its mobile network, Three. And it is understood to be considering a merger with Italian telecoms company Iliad.