Oil has dipped below $100 a barrel for the first time in nearly a month after China’s draconian Covid restrictions hit demand.

The price of Brent crude fell as low as $97.71 yesterday, before recovering, as the lockdown in Shanghai neared its third week.

China is one of the world’s largest consumers of oil, but usage of the fuel has collapsed as the government keeps locking down regions in pursuit of ‘zero-Covid’. 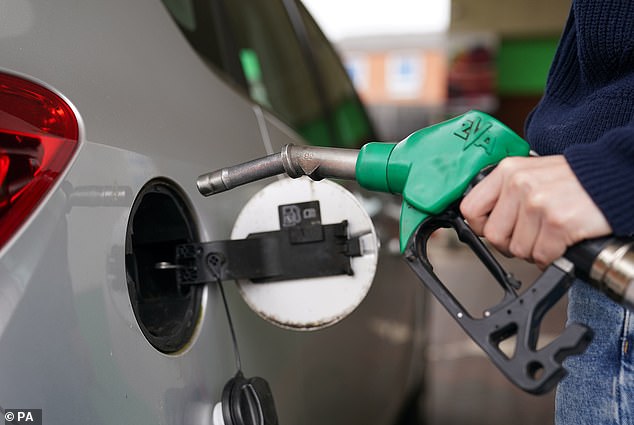 Oil slips: The price of Brent crude fell as low as $97.71 yesterday, before recovering, as the lockdown in Shanghai neared its third week

Traders became even more alarmed yesterday by a rapid rise in the country’s inflation rate.

The producer price index – which measures how much money manufacturers receive for their work – rose by 8.3 per cent in the year to March, raising fears that higher prices will weigh further on demand.

The oil price was also pushed down by plans to release a record amount of reserves, to help reduce reliance on Russian fossil fuels.

Members of the International Energy Agency – including the US, the UK, Norway and Mexico – agreed to release 60m barrels over the next six months, while the US will match that as part of the 180m barrel release it unveiled in March.

This should mean 1.3m barrels of oil per day are pushed out into the market over the next six months, enough to offset a shortfall of 1m from Russia, according to JP Morgan analysts.

Supplies from Russia have dropped since the start of the year, and its invasion of Ukraine has led the West to impose heavy sanctions on the country.

This scarcity of oil had meant Brent crude shot above $139 in March, nearing all-time highs.

But analyst Jeffrey Halley, of trading firm Oanda, said: ‘Fears are rising now that if China’s Omicron wave spreads to other cities, its zero-Covid policy will see mass extended lockdowns that negatively impact both industrial output and domestic consumption.’

City Watchdog bites back against dubious financial ads that mislead

Thames Water rakes in profits of £556m despite spate of leaks