By Fran Ivens For Thisismoney.Co.Uk

The UK’s competition regulator is progressing in discussions with housebuilders to remove ‘doubling’ ground rent terms from their leaseholds.

The Competition and Markets Authority warned Countryside and Taylor Wimpey in March that their use of terms that double ground rent every 10 to 15 years is in violation of consumer protection law and can result in people struggling to sell or mortgage their homes.

It wrote to the pair detailing their concerns and called on them to formally agree to remove the ‘unfair’ ground rent terms from their leasehold contracts and not use them ever again in any future agreements. 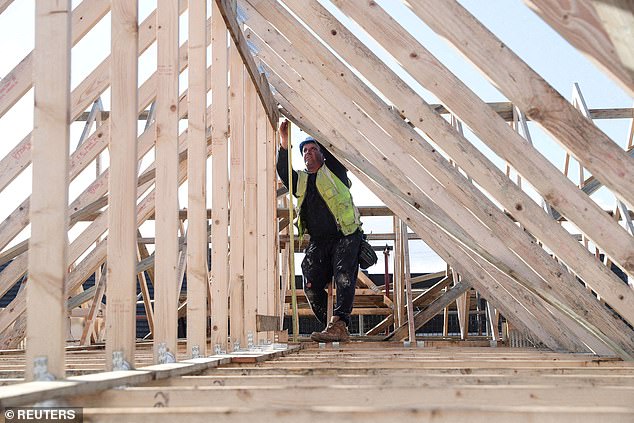 Taylor Wimpey has said it will help get the ‘unfair’ ground rent clauses removed at no cost to leaseholders while Countryside has not sold and house with the clauses since 2017.

In an update on Tuesday, the regulator said it was ‘positively engaged with the firms’ and working to secure a commitment that they will remove any of the troublesome doubling clauses from their leases.

Any doubling terms that were converted are to be based on the retail price index.

The update follows Taylor Wimpey’s commitment to the CMA to help get such clauses removed at no cost to leaseholders.

Countryside said it has not sold any homes containing ground rent clauses since 2017 and launched the Ground Rent Assistance Scheme last year to ‘assist leaseholders whose ground rents doubled more frequently than every 20 years’.

Last year CMA’s chief executive Andrea Coscelli said the watchdog would take the developers to court if they did not address its concerns.

Taylor Wimpey’s share price has fallen 30.5 per cent for the year to date.

The CMA also said on Tuesday it has closed its investigation into alleged mis-selling by Barratt Homes. The regulator concluded that there was insufficient evidence to support a legal case that would result in redress for Barratt leaseholders under consumer protection law.

Barratt’s sales practices have changed, and they no longer sell leasehold houses.

The developer’s share price has fallen 36.09 per cent over the year to date.

The competition body launched its probe into the leasehold housing market in June 2019, with a focus on two key areas: the potential mis-selling of leaseholds and whether contracts contain ‘unfair terms’ such as charging people exorbitant fees.