Credit Suisse preparing £350m claim against SoftBank, in what will be first major UK legal dispute sparked by downfall of Greensill Capital

Credit Suisse is preparing a £350million claim against SoftBank, in what will be the first major UK legal dispute sparked by the downfall of Greensill Capital.

The financial titans are set to clash in a mammoth High Court battle after advisers for both parties failed to reach an agreement.

The action relates to US construction firm Katerra, which had ties to Greensill and collapsed last year. 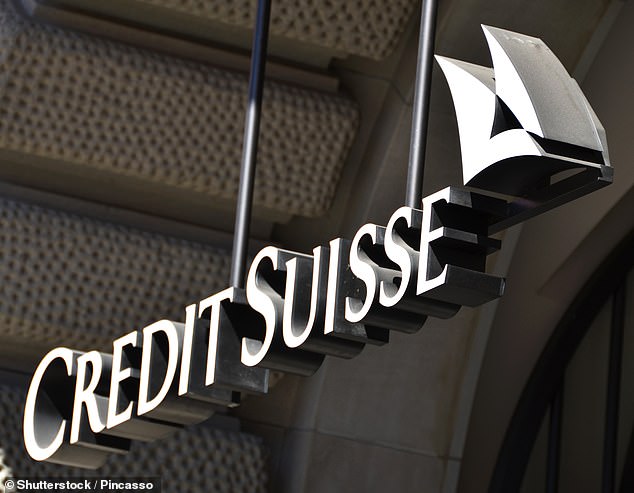 SoftBank was a major investor in Katerra through its Vision Fund.

Court documents, seen by The Mail on Sunday, show Credit Suisse claims it lost hundreds of millions of pounds after Katerra went bankrupt in June 2021 with more than $1billion in liabilities.

SoftBank has rejected claims made by Credit Suisse.

Greensill, advised by ex-Prime Minister David Cameron and led by Australian financier Lex Greensill, built its lending business on ‘supply chain financing’ before imploding last year after its finances began to unravel. As part of its controversial model, Greensill packaged up various supply chain loans and sold them to funds run by Credit Suisse.

Greensill went bust in March 2021 after the Swiss bank decided to freeze its billions of pounds worth of funds with the firm. Its collapse sent shockwaves through clients around the world, including tycoon Sanjeev Gupta’s Liberty Steel.

At the time of its collapse, Katerra blamed its ‘unexpected insolvency’ on former lender Greensill.

SoftBank Group and its Vision Fund are each understood to be instructing separate City lawyers.

Switzerland’s second largest bank has already lodged an application in the US, demanding SoftBank hand over information which could be used in ‘a planned court proceeding in England’. The case forms part of Credit Suisse’s attempt to recover some of the $10billion in funds linked to the insolvent Greensill.

SoftBank suffered losses in Greensill after it injected more than $400million into the firm just months before its collapse. It is understood that letters before action have been exchanged between Credit Suisse and SoftBank’s lawyers in the UK. The High Court claim could be filed within months.

It is understood Credit Suisse first threatened Softbank with the legal action earlier this year.

Credit Suisse and SoftBank were both contacted for comment.

Meanwhile, Liberty Steel has been trying to find new lenders since the Greensill debacle. Last month, its offices were visited as part of a Serious Fraud Office inquiry and audits of four of its subsidiaries are subject to an investigation by the Financial Reporting Council.