Charities are bracing for a spike in economic abuse cases this winter, as figures from Surviving Economic Abuse reveal two thirds of victims already can’t meet their living costs.

Data from across financial services and charities shines a light on the current scale of economic abuse in the UK, which is being exacerbated by the cost of living crisis.

Online bank Monzo has reported that domestic and financial abuse reports made by customers via its in-app chat tool increased eight-fold in the six months between May and November 2022, compared to the same period last year. 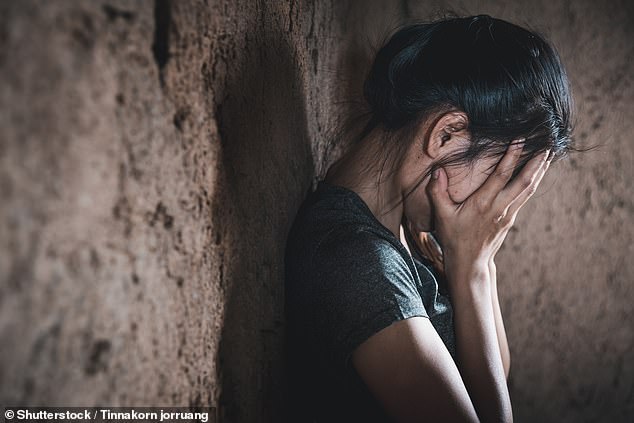 Similarly, domestic violence charity Hestia reported a 158 per cent rise in people using an ‘online safe space’, with 178,000 users in October, compared to its average of 70,000 per month.

Online safe spaces are portals where victims can find support, advice and contact numbers, all while leaving no internet trace.

In response to the crisis TSB has launched an ‘Emergency Flee Fund’ to provide existing customers with payments of up to £500 to help escape an abusive relationship.

The fund, which will provide £50 to £500 based on the individual’s needs, will assist victims with the cost of essentials such as travel, clothing and toiletries. TSB is the first bank to publicly offer the service.

Patrick Ryan, chief executive, Hestia, said: ‘Online safe spaces are a vital way for victims to access life-saving information and advice without having to worry about their search history being discovered, and we’ve seen a huge increase in their usage in recent months.

‘Now more than ever, it is vital that all victims of domestic abuse know they are not alone, and so we are grateful to TSB for joining us as the first partner to host both physical and online safe spaces.’

Surviving Economic Abuse also found that more than a quarter (27 per cent) of economic abuse victims had less than £100 to their name at the end of each month.

Women who can’t access £100 at short notice are 3.5 times more likely to experience other forms of domestic abuse beyond financial mistreatment, it said.

Charity Women’s Aid also found that three quarters of women living with, or having financial links with, the perpetrator of their abuse said that the cost-of-living crisis had either prevented them from leaving, or made it harder for them to leave.

Lack of surplus funds and increasing debt will mean victims are unable to leave abusers and be more vulnerable to serious physical, emotional and economic harm, Dr Nicola Sharp-Jeffs OBE, chief executive and founder of Surviving Economic Abuse, told This is Money.

In economic abuse cases, one tactic used by perpetrators is to pressure their victim to take out loans or other forms of credit, or to do so themselves in their victims’ name.

It is expected that the cost of living crisis will push this debt figure higher in the new year.

Surviving Economic Abuse spoke to 278 domestic abuse survivors as part of its Economic Justice Project, and 60 per cent said they had experienced at least one form of coerced debt.

Find out where to get help if you or a friend or family member is experiencing financial abuse at the bottom of this article.

According to Dr Sharp-Jeffs, the signs of economic abuse include:

● Not having enough money: leaving their purse ‘at home’ a few times; being short of money or unable to buy inexpensive items, even if they work.

● Joint finances: appearing to be in some kind of ‘conflict’ with a partner concerning money, earnings or savings; saying their partner deals with all money matters, and having no knowledge of service providers or how much things cost.

● Shopping habits: always using cash and not a card; counting the pennies and making lengthy decisions when shopping; buying cheap items; seeking their partner’s permission before making any purchases.

● Not working: leaving work when they liked their job; expressing a desire to work but their partner not supporting them to do so

● Appearing anxious: hiding what they have bought so their partner does not see it; ‘overreacting’ to normal situations, such as going out for a meal or planning a holiday

It’s worth remembering that each experience of domestic and financial abuse is different, she says, and for that reason the signs can often differ.

Nicole Jacobs, the Domestic Abuse Commissioner, has called on the Government to set up a fund, similar to TSB’s scheme, to help all victims of domestic abuse.

Similar calls are being made by Women’s Aid and Surviving Economic Abuse, which want the Government to provide an emergency support fund covering every local authority.

The fund would help women to flee domestic abuse and cover the short-term costs of moving.

The fund should be available to all women, the charities say, including those with no recourse to public funds.

She has also appealed to the The Financial Conduct Authority to assess what financial services firms are doing in relation to economic abuse.

‘The Government must understand how to improve its practices and policies to tackle economic abuse, including for victim-survivors with insecure immigration status,’ she says.

‘A key part of this would be to exempt victim-survivors of abuse from the legal aid means test, to ensure they can access the legal support they so desperately need as they escape from abusive partners and rebuild their lives.’

Where to get help if you’re experiencing financial abuse