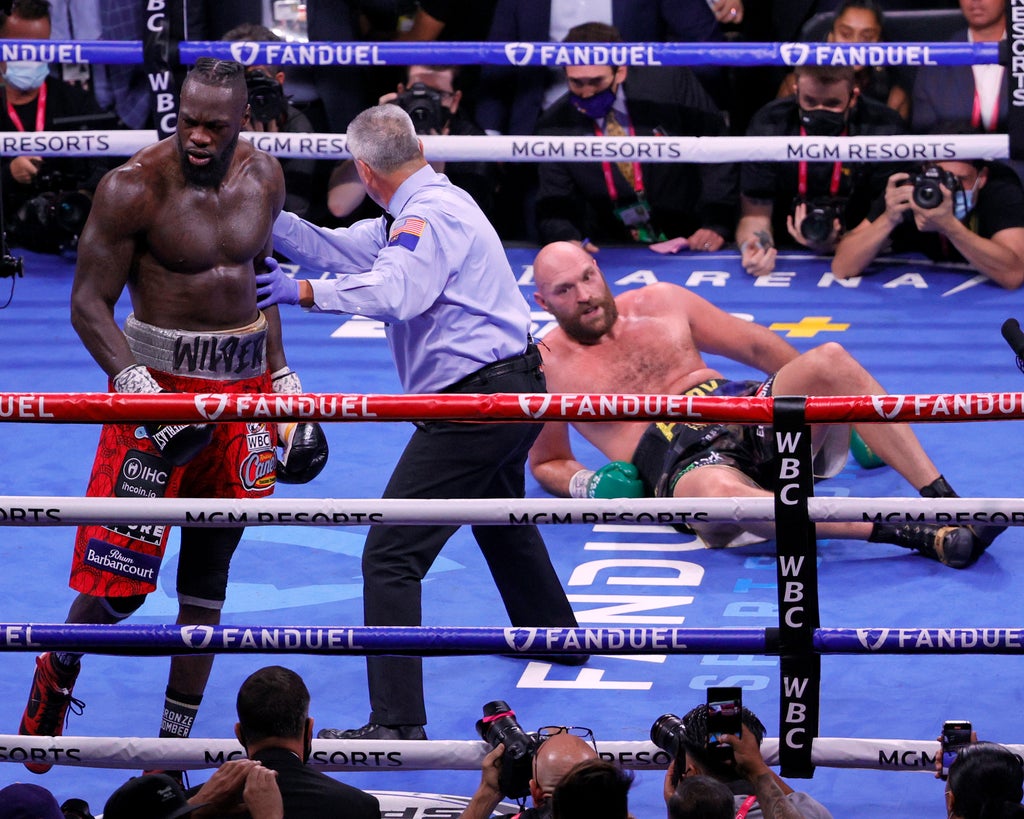 Tyson Fury’s trainer Sugarhill Steward told him to “get up” and to “not make the mistake” of being knocked down again during Fury’s fight with Deontay Wilder.

Fury was knocked down a few times in the trilogy fight but it was the British star who came out on top after knocking out Wilder to retain his WBC belt.

“I thought: ‘Get yourself together, get up. Don’t make that mistake again’,” Steward told Sky Sports. “I saw that he was OK.

“It’s just instinct. The round is still going on. Maybe what I want to say is gone because something else happens which is more important to tell him. You can’t do anything right then.

“I just have to react. My main thing after that round? Breathe. Get his breathing together, get nice and relaxed before the next round.

“I was 100 percent comfortable that he was OK and he proved it by controlling from the fifth round.”

It’s thought Fury will next fight Dillian Whyte after his plans to fight Anthony Joshua were scuppered as he was defeated by Oleksandr Usyk. A unification bout will be arranged but after Usyk has a rematch with Joshua who will aim to win back his WBO, WBA and IBF belts.

Fury watched Joshua’s fight and was upset that his compatriot lost the match.

He said: “Did I watch the fight? Yes I did. Was I absolutely wounded that he won? Yes I was. I was hoping Joshua could win the fight, but he couldn’t – and that’s none of my business.”

‘Like being at the local market’: Christian Horner lifts lid on negotiations with FIA

Rebel Wilson reveals own team tried to stop her losing weight: ‘I was earning millions as the funny fat girl