I purchased a house in November 2021, which I plan to completely demolish and rebuild.

It has been empty for three years and is severely fire damaged – to the extent that it does not even have a roof.

My problem relates to the gas and electric supplier for the house, Eon. It is claiming that I owe £371 for energy that I have not used. 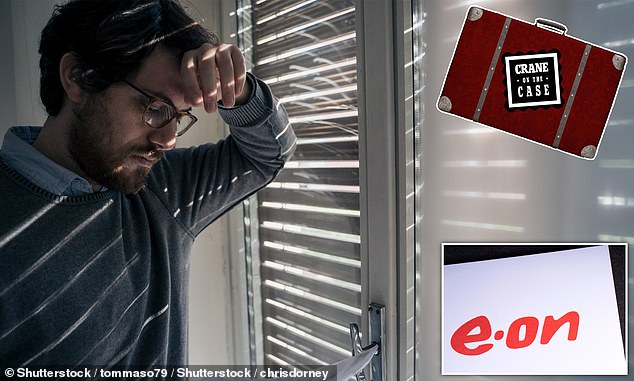 Powerless: This reader has not been using electricity at the property he has bought as it is uninhabitable, but energy company Eon says he owes it £371

The power has not been used since the fire, which was in spring 2019, and will not be used again until the new house is built.

I have given Eon meter readings eight times and tried explaining the situation, but it seems to fall on deaf ears.

It has now added late payment fees to my bill and instructed debt collectors to recover it. Can you help? P.G, Lancashire

Helen Crane, This is Money, replies: Buying a home is said to be one of the most stressful experiences in life, let alone building your own – and this power supply predicament has only made it more so.

The home is totally uninhabitable in its current state, so you have not used any energy.

Quite the opposite – you would like your electric and gas supply to be disconnected so that you can safely get on with your renovations.

CRANE ON THE CASE

Our weekly column sees This is Money consumer expert Helen Crane tackle reader problems and shine the light on companies doing both good and bad.

Want her to investigate a problem, or do you want to praise a firm for going that extra mile? Get in touch:

But while you have not been using any energy in your home, you have expended plenty in your attempts to set things straight with Eon.

Despite sending in eight separate meter readings to try and prove that the utilities had not been used, you have felt powerless in your attempts to get this resolved.

Concerningly, Eon has now said it has instructed debt collectors to retrieve the cash.

You believe the bill may relate to energy used by the previous owners of the house, who sadly passed away.

But customers are not liable for energy bills incurred before they occupied a home, and that applies whether they are homeowners or renters.

According to Citizens’ Advice, anyone who receives an energy bill on a new property that they don’t believe they owe should get in touch with the supplier.

They should provide a copy of their tenancy agreement or mortgage contract to prove when they moved in, and ask the supplier to send them a new bill.

They should also provide a meter reading to check that the new bill is correct.

You have done all of the above, and yet the issue is still ongoing. 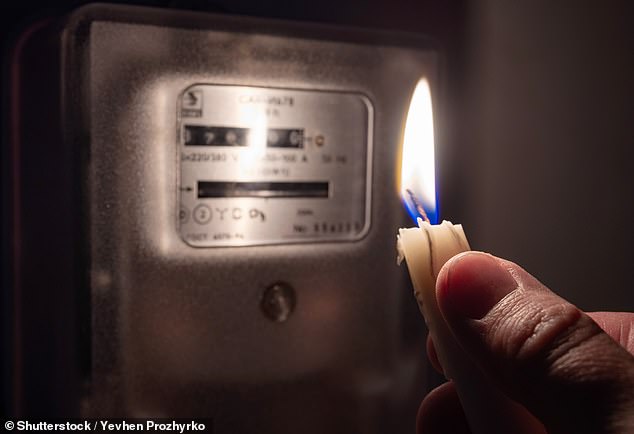 The reader provided meter readings for his uninhabited house eight times, but to no avail

I contacted Eon to find out what was going on.

A spokesperson for Eon said: ‘We have apologised to [the customer] and have removed the incorrect charges from his account, and are arranging the disconnection and removal of his meters.’

They were not able to shine a light on quite why you were charged in the first place.

However, I am glad that this matter has been put to bed – although why it took our involvement is a mystery, given you’d done everything necessary to prove it wasn’t your bill to pay. Good luck with the rebuild.

Hit and miss: This week’s naughty and nice list

Every week, I look at the companies who have fallen short when it comes to customer service, and those who have gone above and beyond.

Hit: Michele sent us an email peppered with praise for family-owned kitchenware company, T&G Woodware, based in Portishead near Bristol.

She is a seasoned customer of the firm, which designs and produces salt and pepper mills.

In particular, she wanted to give a shout-out to its lifetime guarantee, which means it will replace any mills where the mechanism breaks.

Michele said: ‘I have had quite a few salt and pepper mills break on me over a number of years.

‘T&G has always honoured its guarantee and replaced them, and been very helpful if I have spoken to them.’

It’s always good to hear about salt-of-the-earth firms keeping their promises to customers.

Miss: Reader Rifath wrote in to channel his anger about his recent experience sending a television in the post with Parcelforce.

He had sold the set on eBay for £370, and sent it in the post using a Parcelforce label that he bought online from Parcel2Go.

He sent it in its original packaging, so was confident it would arrive safely.

However, when it arrived at the buyer’s home this series of events turned into something of a drama.

They sent him an image to show that it had been damaged in transit, and are now requesting a refund for the full purchase price.

The parcel looked as if it had taken a bashing, and the front and back of the screen had split apart in one of the corners.

But when Rifath contacted Parcelforce, it said it would not compensate him for the damage. 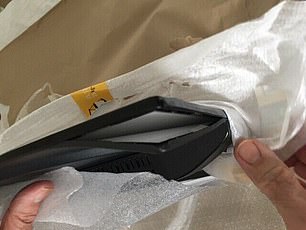 Damage: The image of the television that was sent by the buyer

I contacted Royal Mail, which owns Parcelforce, and it did not want to comment.

However, it did direct me to a page on its website which says that TVs are excluded from its compensation policy for items that reach their destination damaged.

Parcel carriers often refuse to offer compensation for items that are more susceptible to being broken.

This includes everything from televisions and computer monitors to jewellery, light bulbs and even cakes.

Rifath has told me that he doesn’t agree with this policy, as he says it allows couriers to treat parcels as carelessly as they like, knowing that they will not be liable for any damage.

When it comes to getting the money back I’m afraid Parcelforce has not delivered for him this time, but perhaps this will serve as a cautionary tale to others.

If you sell items online and send them in the post, it is important to screen potential couriers carefully to find out their compensation policy.

Rifath has since told me that Parcels2Go viewed his case more sympathetically, and and has refunded him the postage cost.

While this is only a fraction of the total amount he has lost, hopefully it will provide a bit of comfort.