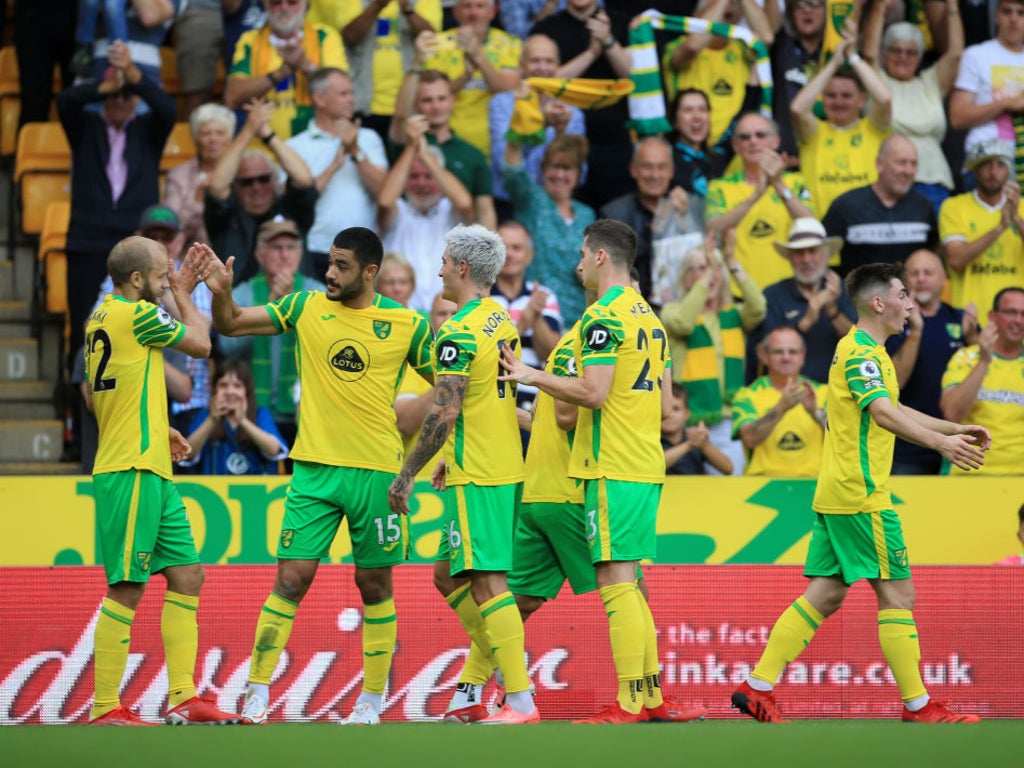 Norwich City have suffered another disastrous start to a Premier League campaign. Daniel Farke’s side are yet to put a point on the board and sit bottom of the table after five games as a result.

The Canaries’ defeat to Watford last weekend showed that they are lagging behind even those who they finished above in the Championship last season.

It’s all well and good needing some time to adjust to the top flight, but sooner or later they are going to need to start picking up points.

Everton will have looked like a daunting opposition seven days ago. But after Rafa Benitez’s side were beaten by Aston Villa and then Queens Park Rangers in the Carabao Cup, it suddenly looks a little more winnable for a struggling Norwich team.

Here’s all you need to know about their upcoming match.

The match will kick off at 3pm on Saturday, 25 September at Goodison Park.

Where can I watch?

The fixture is unavailable to watch in the UK but highlights of the game will be shown on Match of the Day. The programme will air at 10.30pm BST on BBC One.

Everton still have several noticeable absentees heading into this one. Keeper Jordan Pickford is still sidelined with a shoulder injury, with Seamus Coleman also set to miss out.

Dominic Calvert-Lewin is not expected to be fit for this one, but it remains unclear whether or not Richarlison will be available for selection.

Norwich are expected to name an unchanged side for the trip to Goodison Park, with no fresh injuries having been reported by the club.

Everton will have been brought back down to earth a little following last weekend’s second half drubbing at the hands of Aston Villa. Rafa Benitez will be looking for a reaction from his players and he couldn’t really wish for a better fixture to do so. 3-0 Everton.

Paracetamol side effects: The reaction that can occur in the lips – 'Get emergency help'