There were fears the UK housing market has begun to splutter after fresh data showed price growth had dramatically slowed.

The Office for National Statistics (ONS) said the average UK house price increased by 7.8 per cent in the year to June, sharply down on May when prices jumped 12.8 per cent.

The slowdown followed similar assessments from mortgage lenders such as Halifax, which this month said prices fell in July for the first time in over a year. 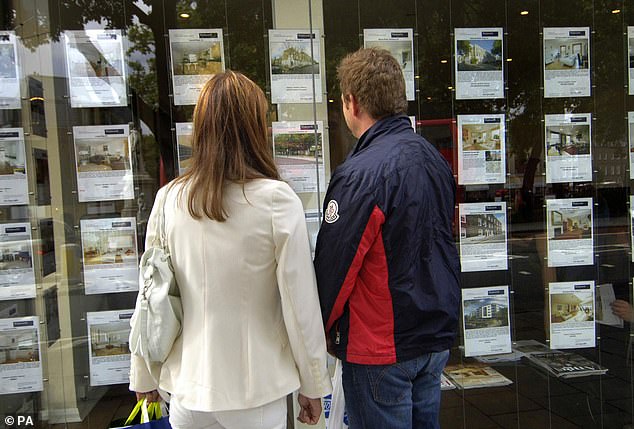 The Office for National Statistics reported that the average UK house price increased by 7.8% in the year to June, sharply down on May when prices jumped 12.8%

‘We are seeing the end of an era of consistent rapid house price growth and the start of a new chapter characterised by economic instability,’ said Andy Sommerville, director at property data firm Search Acumen.

He forecast house price growth stalling or falling, as inflation and interest rate rises take the heat out of demand, which had been ‘exponentially outstripping supply since the pandemic.’

It comes as mortgage costs have jumped after the Bank of England raised its benchmark lending rate from 0.1 per cent in December to 1.75 per cent this month in an effort to curb inflation.

Yesterday housebuilder Persimmon reported a profit of nearly £440million for the first half of the year, down from £480million in 2021. ‘

As the pressure on people’s finances grows it is going to become increasingly difficult for them to afford to move house,’ said AJ Bell analyst Danni Hewson.

She added that Persimmon’s ability to build was hit by ‘shortages of skilled labour and materials.’ Its share price fell 7.8 per cent, or 145p, to 1704p.