A majestic, pillared branch of Bank of Scotland has stood proudly on Forres high street for 168 years. Bank of Scotland – and its predecessor Caledonian Bank – have served generation after generation of residents and small firms in the north Scotland town. Like so many rural bank branches across the UK, the Forres branch was – until last week – at the core of its community.

But at 3pm on Monday, as the clock tower bell chimed three times, the door shut for business for the last time. Tearful staff and customers said their final farewells. A dozen cards with messages such as ‘Sorry to see you go’ adorned the counter.

The closure means there is now not a single bank branch in Forres. Its small business owners and 12,000 residents will have to travel 12 miles to the nearest branch, which is in Elgin. Those without a car will need to pay £8.50 to get there on the irregular train service. Forres is the setting for Shakespeare’s play Macbeth, so locals are well versed in double-dealings and bloody plots. But even they have been shocked at the betrayal of the banks that were part of their community for so long. 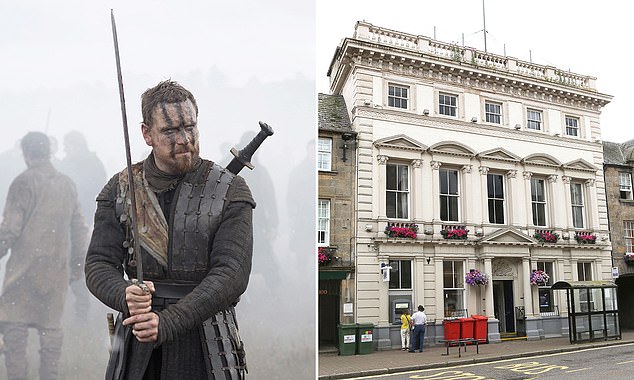 Tragedy: Michael Fassbender, left, in the 2015 movie Macbeth and, above, the Forres site where a bank has stood for the last 168 years

Forres, 25 miles east of Inverness on the Moray Firth, is one of hundreds of communities being abandoned by banks as branches are shut in their droves. Campaigners warn that banks are dashing to get out of town before new rules kick in that will make it harder for them to do so.

They fear that amid the upheaval of a new Prime Minister, the introduction of new regulations could take even longer, triggering even more branch closures.

Derek French, a former bank executive and founder of the Campaign for Community Banking Services, says: ‘Banks are understandably falling over themselves to get out of town before regulations are introduced to stop them fleeing. I fear at this rate, by the time rules are introduced it will be far too late for many – there must be a stop to all closures with immediate effect.’

Experts fear the number of closures could accelerate in the second half of the year – with more than 500 closing in total throughout 2022.

Already Lloyds has announced it is axing at least 88 branches this year – including some under its Bank of Scotland and Halifax brands. Barclays is shutting more than 130 while HSBC is to cut at least 69. TSB is shutting 70 branches, and Santander and NatWest also plan to wield the bank axe.

The Mail on Sunday has long campaigned for legislation to protect access to cash and banking services in all communities. As many as 5.4million people in the UK rely on cash for their day-today needs, including the most vulnerable in society. After years of campaigning by The Mail on Sunday and consumer groups, the Government finally announced plans in May to introduce rules to stop the last bank in town from quitting a community without a full consultation. The new rules are part of the Financial Services and Markets Bill, which is due to go before Parliament this year.

But, the plight of Forres is a perfect example of the harm being done while we wait for the regulations to kick in. There are around 200 more towns like Forres at risk of losing their last bank branch.

Conservative Moray MP, Douglas Ross, says that Bank of Scotland’s departure from his constituency town of Forres is ‘totally unacceptable and a dereliction of duty to local customers’.

He says: ‘This closure beggars belief. Many customers – particularly the elderly and vulnerable – rely on this bank. Broadband is not reliable around Moray and online services are just no substitute for a face-to-face service.’

Residents who do not wish to travel will have to rely on basic banking services at the Post Office, positioned at the back of the local Spar mini-market where queues can snake out the door. Many come simply to withdraw cash, a service that will be even more in demand now that Bank of Scotland is also removing its ATM machine.

Lloyds justifies the Forres closure by claiming branch usage has fallen by more than half in five years, with many customers now preferring to bank online. Usage fell by a fifth over the last year.

But at nearby Macbeth’s Butchers and Game Dealers, butcher Karen Logan shakes her head in disbelief at its excuses. The 48-year-old says: ‘This bank has been at the heart of our town for more than a century – and always been really busy. As a business customer this closure is distressing. ‘All this talk of everyone wanting to go digital and bank online is utter rubbish – it is just a front for a greedy cost-cutting drive.’ Opposite the Bank of Scotland branch is The Bike Bothy shop owned by Kevin Riddoch, who is disappointed the bank has not adapted with the times, unlike his bike shop that has gone almost all-electric in the past couple of years.

Kevin says: ‘Why could the bank not explore the shared banking hub idea as other communities have adopted? Surely a thriving town like ours would be perfect for such an idea. There was no consultation or other solutions explored – it simply decided to shut up shop.’

Shared banking hubs were heralded as one solution to bank branch closures. Five high street banks share one outlet and offer basic banking services to all of their customers. The banks – NatWest, Santander, Lloyds, HSBC and Barclays – also offer more extensive services to their customers, each on a different day of the week. 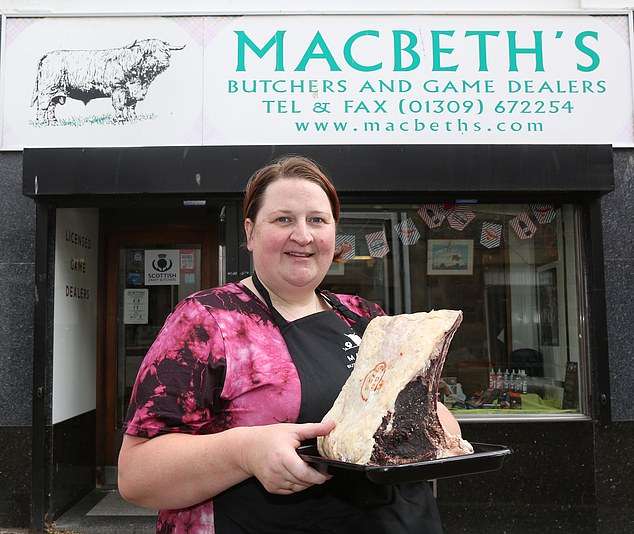 However, the shared hubs roll-out has been mired by delays. So far only two have opened, in Rochford, Essex, and Cambuslang, South Lanarkshire. A further five hubs were due to be opened this year, but plans appear to have stalled. These were for Acton, West London; Brixham, Devon; Carnoustie, Angus; Knaresborough, North Yorkshire; and Syston in Leicestershire. It was announced earlier this year further shared bank hubs will open in Buckingham, Buckinghamshire; Cottingham in Yorkshire; as well as Troon in South Ayrshire. Cash machine network Link is being charged with finding locations for potential future shared bank branches. It, too, is still waiting for legislation to be finalised.

John Howells, chief executive of Link, says: ‘Cash remains popular. We still expect legislation to be published soon that places the Financial Conduct Authority in charge of access to cash and makes Link responsible for helping to protect communities.’ As well as requesting a shared banking hub, communities without access to cash can also ask that Link installs a free-to-use ATM. The 100th was installed last week.

Cash campaigner and chair of the Access to Cash Action Group, Natalie Ceeney, adds: ‘We are fighting for freedom of choice – giving everyone the right to choose cash in addition to other payment methods is vital. Many are dependent on cash for budgeting – and with the cost-of-living squeeze they are highly dependent on access to cash.’

Back in Forres, resident and estate agent Rebecca Garner fears bank closures can rip the heart out of communities and leave some of the grandest central buildings abandoned. The 32-year-old says: ‘Such closures are a huge loss to the spirit of communities. Boarding up buildings in the centre of town and leaving them empty for sometimes years can turn a bustling high street into a ghost town.

‘It is wrong banks can close without showing a shred of social responsibility towards the community they served.’

Three doors down from the Forres Bank of Scotland is the old Clydesdale, which shut in 2015 after more than 100 years serving the community. The dilapidated boarded-up front is a reflection of how the newly closed neighbour might soon look.

A TSB shut earlier this year is also now boarded up. Sadly, it is a bleak future facing many high streets – unless action is taken immediately to stop such closures.

THIS IS MONEY’S FIVE OF THE BEST SAVINGS DEALS