A five-year-old girl who suffered brain damage when then-Kansas City Chiefs assistant coach Britt Reid crashed into her family’s car still struggles to walk, talk, and even eat two months on, according to her cousin.

‘Ariel is at home recovering, we hope that her being in a familiar place will help her remember things,’ read an update from Ariel Young’s cousin, Tiffany Verhulst, on a GoFundMe page for the child. ‘She is doing physical therapy but as of right now she still cannot walk, talk or eat like a normal 5 year old. Thank you everyone for your continued support.’

Reid, the son of Chiefs head coach Andy Reid, was charged with DWI for the February crash on Monday. He has since turned himself in to authorities, who requested a $100,000, 10 per cent of which must be paid in cash. They have also asked that Reid be placed on GPS and alcohol monitoring if he is freed. 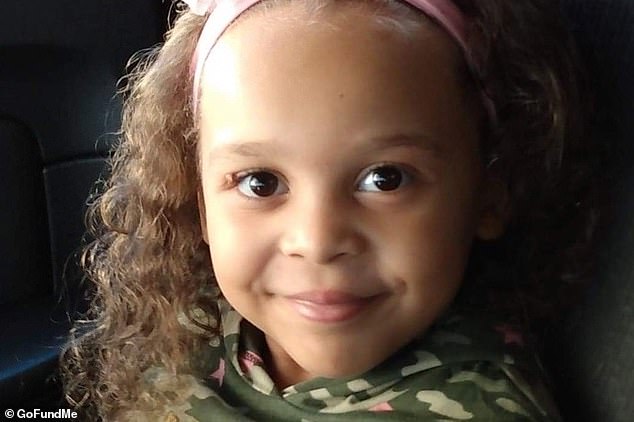 Ariel Young was still hospitalized as recently as March 27, according to her GoFundMe page. Tom Porto, an attorney for Ariel’s family, told ABC’s Good Morning America in March that Young ‘is not talking or walking and will likely have permanent brain damage’ 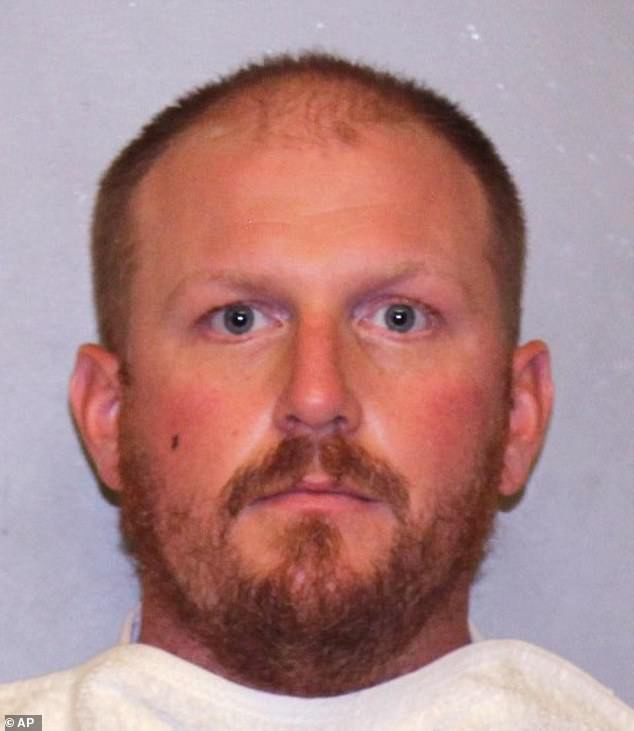 Britt Reid (pictured), a former Kansas City Chiefs assistant linebackers coach, is facing a charge of driving while intoxicated and a possible seven-year prison sentence in connection with the February 4 crash that left a five-year-old girl with a permanent brain injury

Britt Reid was drunk and speeding in his truck when he crashed into a disabled vehicle on the side of the highway, seriously injuring five-year-old Ariel Young, according to the Jackson County Prosecuting Attorney’s Office in Missouri. Young was rushed to a local hospital with a life-threatening brain injury.

The DWI charge comes with a possible seven-year sentence, but Verhulst said that is not enough.

‘We don’t believe the charges are fair or harsh enough,’ Verhulst told USA Today on Monday. ‘It’s been incredibly hard knowing he’s out every day living his normal life and Ariel’s life is completely changed.

‘Our whole family’s life changed due to him making the decision to drink and drive.’

The family’s attorney also insisted that a criminal charge is warranted.

‘[The charge is] absolutely appropriate given the circumstances,’ read a statement from Tom Porto, an attorney for Ariel’s family. ‘Ariel will endure this every day for the rest of her life.’ 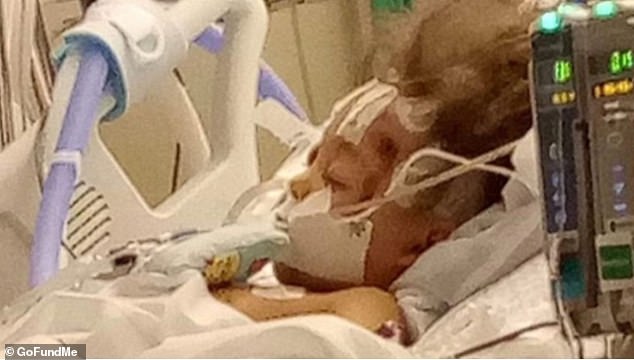 A previous update on Ariel’s GoFundMe page from March 2 explained that Ariel Young is awake ‘but unresponsive, and will be in a wheelchair for the foreseeable future.’ Young is no longer in the hospital, but rather is living at home as she continues to undergo physical therapy 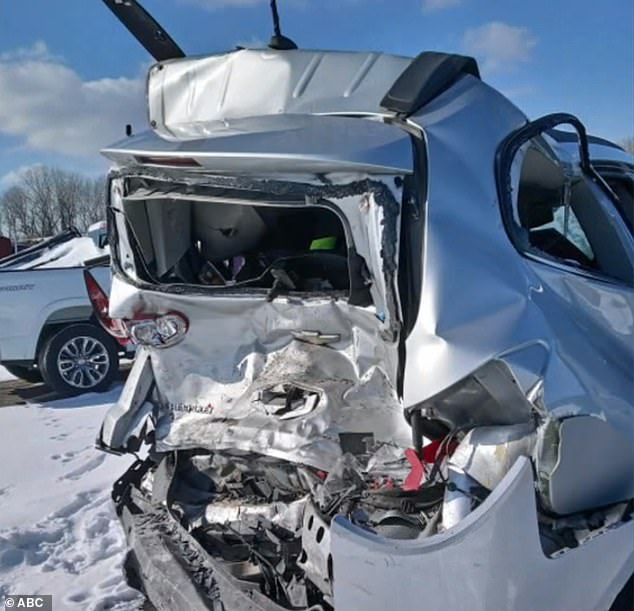 A picture of the wreckage from the February 4 crash that left Ariel Young, 5, in a wheelchair

A previous update on her GoFundMe page from March 2 explained that Ariel Young is awake ‘but unresponsive, and will be in a wheelchair for the foreseeable future.’

‘[Reid], the defendant, operated a motor vehicle while under the influence of alcohol, and acted with criminal negligence by driving at an excessive rate of speed, failing to be aware of a disabled vehicle, striking it, and as a result, caused seriously physical injury to A.Y.,’ read the complaint filed Monday in Missouri.

Reid has been unemployed since the Chiefs decided against renewing his contract in February.

The crash occurred on February 4, two days before the Chiefs were due to leave for the Super Bowl in Tampa, Florida. Britt Reid ultimately did not coach in the game, which the Chiefs lost to the Buccaneers.

A vehicle had run out of gas on a highway entrance ramp and another vehicle had parked nearby to assist when the younger Reid’s pickup truck struck the left front of the first car before hitting the rear of the second car.

The two children, ages 5 and 4, were in the second car and taken to the hospital. Young’s younger sister was not seriously injured 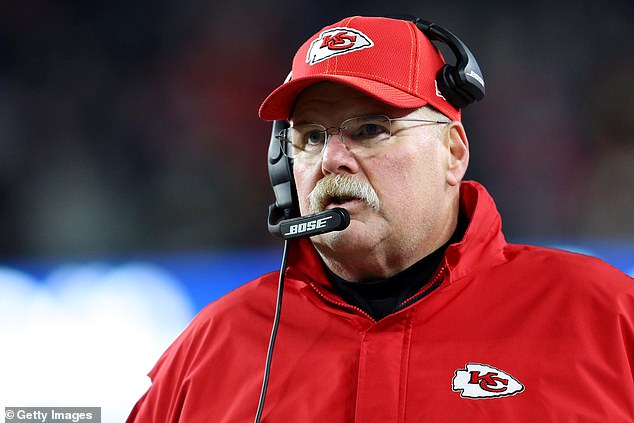 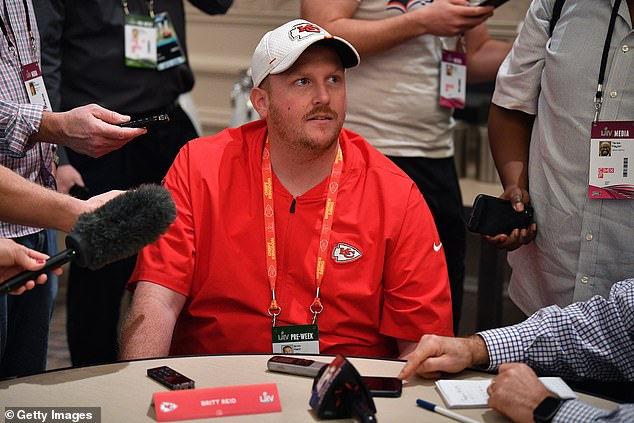 ‘My heart goes out to all those that were involved in the accident, in particular the little girl who is fighting for her life,’ Andy Reid said following the accident. ‘I can’t comment any more than what I am here, so the questions that you have, I’m going to have to turn those down at this time. But just from a human standpoint, man, my heart bleeds for everyone involved in that.’

The younger Reid told police he had ‘two or three drinks’ and had a prescription for Adderall when the accident occurred, according to a search warrant filed late Thursday night. A police spokeswoman said an investigation into whether Reid was impaired before the accident could take several days to complete.

Britt Reid has been in legal trouble several times.

He was arrested in January 2007 in Pennsylvania a road-rage incident in which he pointed a gun at another driver, and he was sentenced to up to 23 months in jail and five years of probation after pleading guilty to charges of carrying an unlicensed firearm, simple assault, possession of a controlled substance and possession of an instrument of crime.

Seven months later, Reid was arrested and charged with driving under the influence, possession of a controlled substance and possession of drug paraphernalia. He pleaded guilty and was sentenced to up to six months in jail.

Reid appeared to get his life on track, beginning his coaching career as an intern for his father with the Eagles in 2009. He spent the next two years as a graduate assistant at Temple, his alma mater, before joining the staff in Kansas City. 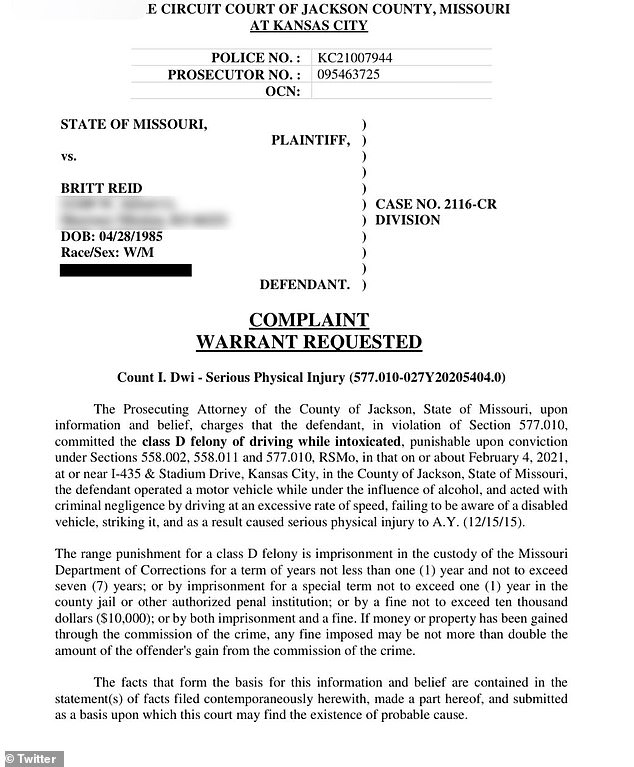 Boy, 14, is charged with murder of 13-year-old Florida cheerleader