GlaxoSmithKline and Unilever set to hand out combined £8bn in dividends, after suffering blistering attacks from US activist investors


Two of Britain’s biggest companies are set to hand out a combined £8billion in dividends this week, after suffering blistering attacks from US activist investors.

Emma Walmsley, chief executive of drugs giant GlaxoSmithKline, will pay out £4billion to shareholders, including an army of small investors along with Elliott Management, a US hedge fund that has demanded that she reapplies for her own job.

And beleaguered Unilever chief Alan Jope is expected to unveil a £3.7billion payout. He has been criticised by several of the Marmite-to-Magnum group’s top shareholders, including Terry Smith, Nick Train and Bert Flossbach. The latter is the owner of German investment group Flossbach von Storch, which holds more than £1billion in Unilever stock. 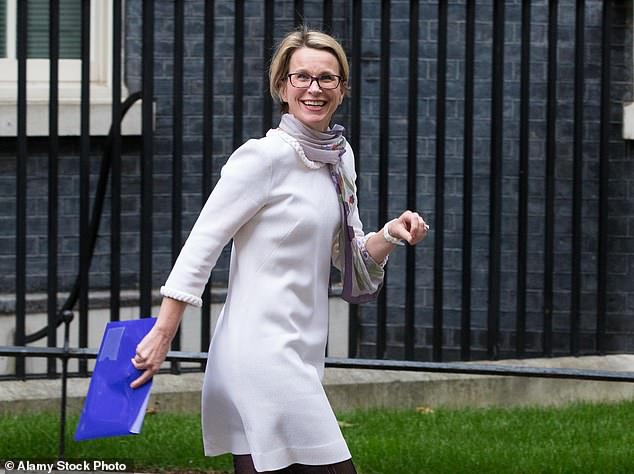 Payout: GSK chief Emma Walmsley is set to hand out £4billion to shareholders

The dividend payments come after GSK rejected a series of bids from Unilever for its consumer arm last month. The division is a joint venture with Pfizer of the US and includes the Sensodyne and Panadol brands. The final offer – £50billion – angered Unilever investors, who said it was too high.

Trian, a US activist run by billionaire Nelson Peltz, has since appeared on Unilever’s share register, prompting speculation that he will press the firm for rapid improvements.

Jope, who last month slashed 1,500 jobs in a management overhaul, will hope to use Thursday’s results announcement to get investors back on side. He is expected to shake up Unilever’s portfolio of brands after seeing shares tumble over the past year.

Unilever is forecast to post a 2.8 per cent rise in annual sales to €52.1billion (£44billion) and to notch up operating profits of €9.5billion. The final dividend would represent a small cut from the £1.48 per share paid in 2020. But analysts expect the payout to return to that level next year.

By contrast, Walmsley will present a picture of declining dividends in its results on Wednesday. GSK is likely to hold the payment at 80p a share, equivalent to £4billion, in 2021 before cutting the 2022 payout to 54p.

Russ Mould, investment director at stock­broker AJ Bell, said the dividend was a ‘sacrificial victim’ of Walmsley’s strategy for the £34billion turnover company. Plans include floating shares in the consumer busi­ness on the stock exchange this summer and building up its pipeline of new drugs.

As well as the Unilever approach, private equity firms are understood to have considered a buyout of the consumer arm.

CMC Markets analyst Michael Hewson said: ‘Time will tell whether Glaxo, as well as its co-partner Pfizer, is able to obtain the price it thinks the business is worth. If not £50billion, then how much?’

GSK is expected to announce data on the efficacy of its Covid-19 vaccine before the end of March.

Travis Barker’s ‘life-threatening’ pancreatitis from recent endoscopy: What is it?