A three-year-old boy and his father drowned at a Florida nature preserve on Friday after the two were swept out by the current at Apollo Beach Nature Preserve, with a third man who attempted to rescue them now missing.

The ‘Apollo Beach Hero,’ identified as 27-year-old Kristoff Murray on Saturday, is still missing after attempting to rescue the drowning boy and his dad, with search efforts pulled back as of Sunday, according to authorities in Hillsborough County.

Authorities learned of the dire situation after a 911 call from Tjonique Gray, Murray’s distraught wife after Murray attempted to swim out and rescue them around 7 pm, WFLA reports.

The bodies of both the toddler and the boy’s father, neither of whom were immediately identified, were recovered a few hours later around 9pm Friday, with the dad being declared dead on scene and the boy at a nearby hospital shortly after, according to the Tampa news outlet.

Meanwhile, Murray has still been yet to be seen, dead or alive, as of Sunday. 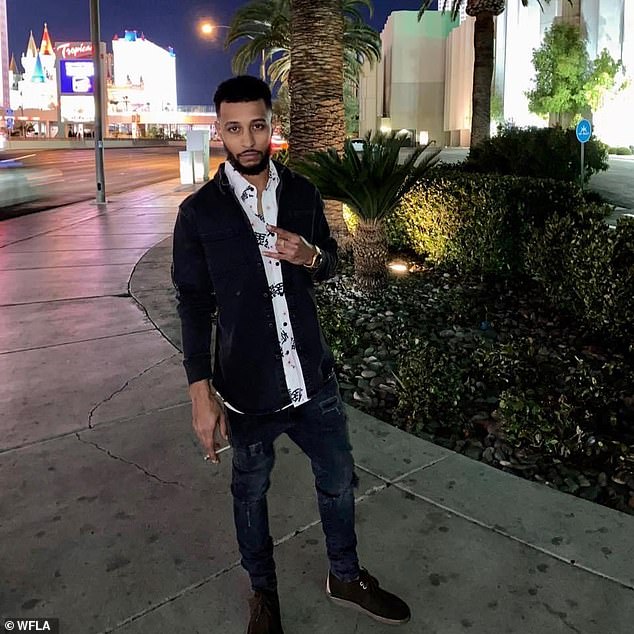 The ‘Apollo Beach Hero,’ identified on Saturday as 27-year-old Kristoff Murray, is still missing after attempting to rescue a drowning boy and his dad in Florida

Authorities in Hillsborough County recovered the bodies of the young boy and his father late Friday, while Murray has yet to be rescued, dead or alive, as of Sunday according to authorities

Hillsborough County Sheriff Chad Chronister spoke highly of the brave young man, who risked his own life to try and rescue a young boy and his father.

‘Couldn’t be more grateful for his heroic actions. Unfortunately, the current was just that strong that he wasn’t able to attempt any rescue efforts either as good and as pure as his intentions were,’ Chronister said of Murray.

Hillsborough County Sheriff’s Office spokeswoman Natalia Verdina told the news outlet that although authorities are pulling back on search and rescue efforts for Murray, they will continue to conduct spot checks while on their regular patrol of the area. 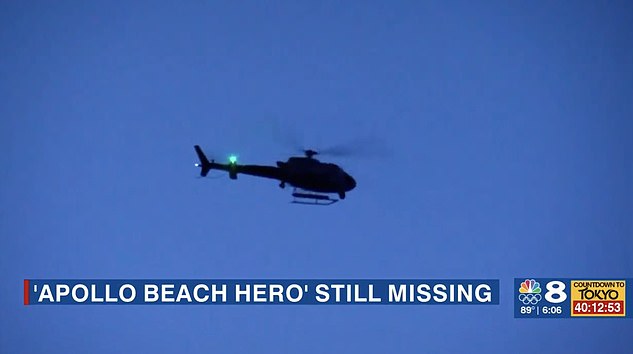 Authorities are pulling back search and rescue efforts , but are still conducting spot checks of the area, according to Sheriff’s Office spokeswoman Natalia Verdina 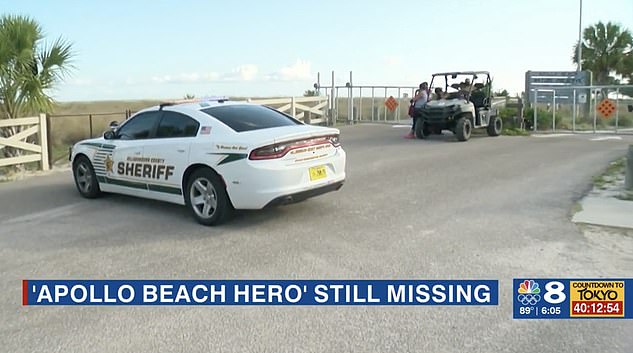 ‘The current was just that strong that he wasn’t able to attempt any rescue efforts either as good and as pure as his intentions were,’ authorities said of Murray’s heroic efforts

The nature preserve’s website states that it ‘includes a 2-acre sandy beach for picnicking… sunbathing and fantastic shoreline fishing,’ however no swimming is allowed.

Chronister warned beachgoers, especially those with young kids, to always abide by the park’s rules in an effort to prevent further tragedies.

‘When you have areas that are clearly marked ‘no swimming’ it’s for a reason. I’m asking every parent out there don’t put an infant child near any type of moving or open body of water without having a life jacket on,’ Chronister added.

As for Murray, his wife and mother are still holding strong the belief that he may still be alive.