Google Docs will now suggest edits if you write something that is not deemed ‘inclusive’, changing words like ‘mailman’ to ‘mail carrier’.

The announcement was made during the virtually-held Google I/O developer conference on Tuesday.

Other changes will see chairman prompted to change to chairperson. The new update will also suggest ways to avoid passive voice or offensive language.

Alphabet Inc’s Chief Executive Sundar Pichai says he has made advocating for social justice a priority across the company.

In another move the company said by this fall its Pixel smartphones would better capture darker skin tones and curly and wavy hair in photos.

Google has in the past been forced to apologize over its predictive algorithms.

In 2018 it was forced to remove gender pronouns from the predictive text feature found in its Gmail platform.

The feature stopped suggesting pronouns that indicate a specific gender such as ‘he’, ‘her’, ‘him’ or ‘she’ for fear of suggesting the wrong one and causing offence. 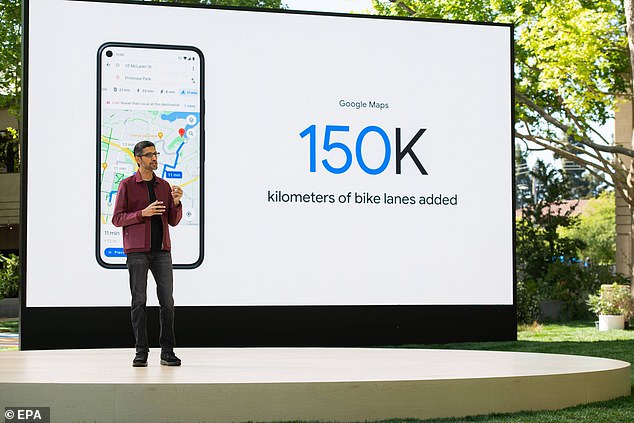 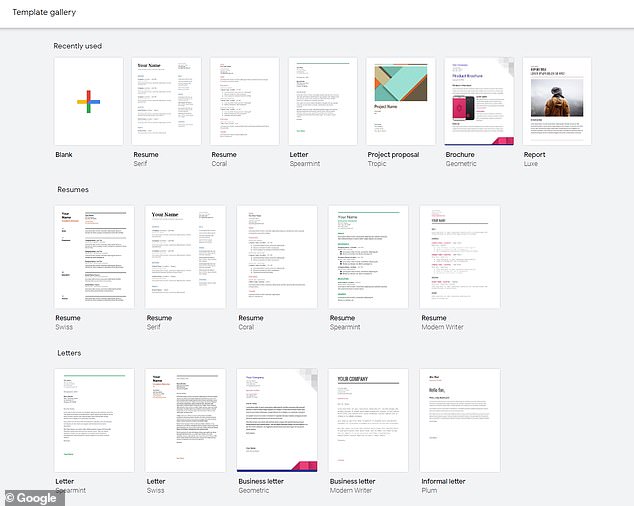 Google Docs will now suggest edits if you write something that is not deemed ‘inclusive’, changing words like ‘mailman’ to ‘mail carrier’. The announcement was made during the virtually-held Google I/O developer conference on Tuesday

Google staff said at the time that the risk was too high that its ‘Smart Compose’ technology might predict someone’s sex or gender identity incorrectly.

He wrote: ‘I am meeting an investor next week and Smart Compose suggested a possible follow-up question: ‘Do you want to meet him?’ instead of ‘her’.’

Google has banned expletives and racial slurs from its predictive technologies, as well as mentions of its business rivals or tragic events.

Its style guide already asks developers to use ‘baffling’ instead of ‘crazy’, ‘placeholder variable’ instead of ‘dummy variable’ and ‘final check for completeness and clarity’ instead of ‘final sanity-check’.

Earlier this month Facebook said it is adding more censorship to its platform with a new pop-up that asks users if they’ve read an article before sharing it.

And Twitter announced it was adding a feature that prompts users to review ‘potentially harmful or offensive’ replies before posting them.

The feature, which was first tested last year, uses artificial intelligence (AI) to detect harmful language in a freshly-written reply to another user, before it’s been posted.

It sends users a pop-up notification asking them if they want to review their message before posting.

According to Twitter, the prompt gives users the opportunity to ‘take a moment’ to consider the tweet by making edits or deleting the message altogether.

Users are also free to ignore the warning message and post their reply anyway.

In a similar vein, Twitter is working on an ‘Undo Send’ timer for tweets that will give users five seconds to rethink your message. 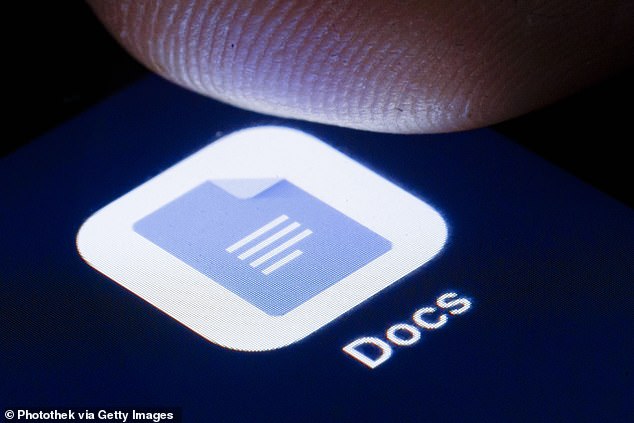 Other changes will see chairman prompted to change to chairperson. The new update will also suggest ways to avoid passive voice or offensive language

Google on Tuesday unveiled updates across many services, including Maps, Photos and operating systems.

The announcements add up to a boost for the company’s smartwatch efforts, which compete with Apple Inc, and for its collaboration tools that rival offerings from Microsoft Corp.

They also show how Google is aiming to demonstrate that its advancements in artificial intelligence (AI) will keep users attracted to its ad-supported or paid services for shopping, communication and entertainment even as pandemic lockdowns ease and people resume in-person activities.

Google said its smartwatch operating system, Wear OS, would be adopted by its newly-acquired Fitbit unit and Samsung Electronics Co, both of which had used their own systems for years. Now working together, the companies could attract more app developers and better compete with Apple Watch. 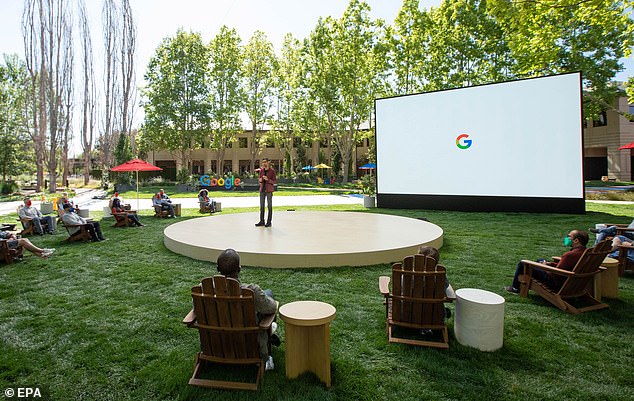 Pichai, pictured Tuesday, has made advocating for social justice a priority across the company. In another move the company said by this fall its Pixel smartphones would better capture darker skin tones and curly and wavy hair in photos

Google Photos will offer users a reminder that they can search Google Images for specific objects in screenshots. Google also said a more powerful computer chip, TPU v4, important to AI development would be available this year to Google Cloud customers.

Android 12, the latest version of the mobile operating system active on over 3 billion devices globally, will arrive later this year packed with personalization features such as customizing apps’ color schemes. It will also enable devices to be used as a digital key for some cars.

In a tease of futuristic collaboration software, Pichai revealed Project Starline, video-conferencing booths that use so-called light-field displays to let people view a 3D representation of their counterparts. Healthcare and media companies would test the system, Pichai said.