HAMISH MCRAE: If we are uncertain right now about future, it is I hope helpful to see our present position in context of 70 years of bumpy progress

It is a time for reflection. The past 70 years of Queen Elizabeth’s reign have seen extraordinary changes both in the world economy and this country’s place within it. It has been a period of great progress in so many ways: in living standards, of course, but also of health and wellbeing. But there have inevitably been reverses.

So if we are uncertain right now about the future, as many of us are, it is I hope helpful to see our present position in the context of that 70 years of bumpy progress. 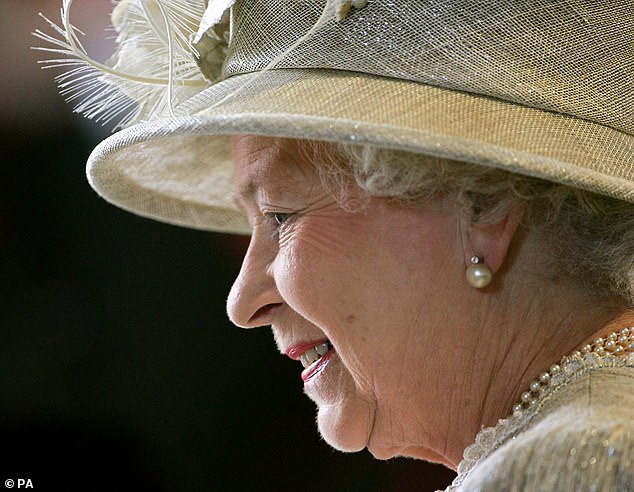 Time for reflection: The past 70 years of Queen Elizabeth’s reign have seen extraordinary changes both in the world economy and this country’s place within it

The country had huge National Debt, 165 per cent of GDP, as it struggled to pay off the cost of the Second World War. Now we worry about it being nearly 100 per cent of GDP. This was not simply an economic issue. Life expectancy in 1952 was 69; now it is 82. Infant mortality was 29 per 1,000 births; now it is 3.4. And while people are concerned now about wealth inequality, that was much higher then, for nearly half the wealth of the country was owned by the top 1 per cent. Now it is 21 per cent.

It is, of course, true that some things are worse now than then. Crime is certainly higher, and I worry about the social tensions and the sheer unfairness inflicted on people by the surge in inflation.

But it is surely worth stepping back from our concerns now and noting how much progress has been made. Those of us who can remember the rationing, the air pollution, the very drabness of the 1950s, will testify that it was not a golden age. Have other countries made more progress? Well, yes and no. In the early 1950s, the UK had a slightly higher GDP per head than France or Germany, whereas now it is much the same.

But we have narrowed the gap with the United States. In any case, the really big shifts over the past 70 years have been between the developed world and the emerging nations, in particular the rise of China and most recently India.

It looks as though India has just passed the UK to become the world’s fifth largest economy, pushing us down one slot – with the US, China, Japan and Germany at the top. That rebalancing of the world economy towards the big population, emerging nations will be one of the most important features of the reign of Charles III. So can we look forward to the next 20 years with reasonable confidence?

My answer would be a cautious yes. The current surge in inflation will clearly pass. The new Government brought out its package to curb energy prices last week, and other European countries are preparing their own plans. The world’s central banks are at least aware of their past failure to control inflation and now are tightening their overly lax monetary policies. Will that lead to a recession? Well, it’s certainly possible, but I still think we may squeak by without one, particularly with new action on energy prices. Look beyond the next couple of years. Will there continue to be reasonable progress in both living standards and human welfare? Can our children and grandchildren expect to have better lives than their parents and grandparents?

The most powerful reason to believe they will is that technology will continue to advance. We have seen how resilient the world has been in coping with the pandemic – working remotely and so on – and those lessons will help drive productivity in the future. The great challenge is to get the same sort of increases in productivity in services as have been achieved in manufacturing, and we are being forced to meet that challenge.

Alongside this is the greater emphasis on general welfare: what matters is people living healthier and more fulfilled lives rather than just having bigger cars. Here at least we are asking the right questions, even if the answers remain confused.

There are headwinds, of which the need to reduce the footprint of humankind on the planet’s environment must be at the top. But we have made a start – just as in the 1950s we had to make a start on moving away from coal. So I take comfort from the fact we are not complacent about economic problems or social ones, but that we are well placed to succeed in the new economy. We are innovative, flexible and have a broad stability – thanks in part to the Monarchy.