The son of Led Zeppelin singer Robert Plant has scooped a windfall worth tens of millions from Heineken.

The Dutch brewing giant paid a sum thought to be more than £40million to snap up the remaining shares in Beavertown, founded by Plant’s son Logan.

Beavertown, which makes beers including Gamma Ray and Neck Oil, was set up by Logan in Tottenham in 2011. 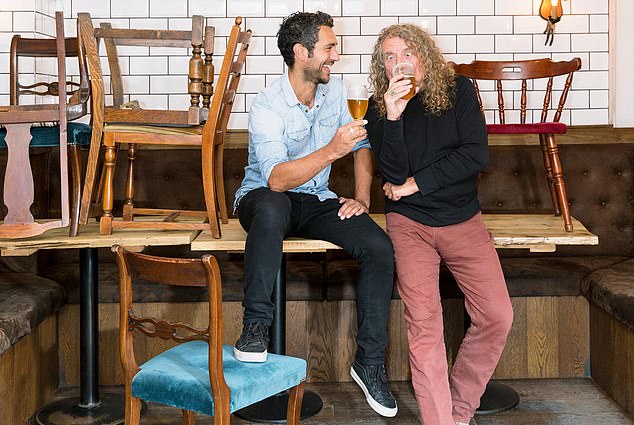 Win: Heineken paid a sum thought to be more than £40m to snap up the remaining shares in Beavertown, founded Logan Plant (pictured with father Robert)

Logan landed a bumper payday when Heineken bought a minority stake in the trendy craft brewer in 2018 for £40million.

He stayed on as the chief executive and majority owner of the business.

And the brewer bought the remainder of the firm yesterday for an undisclosed sum. The popularity of the beers, known for cans with cartoon designs, has increased since Heineken initially invested.

Plant said: ‘Beavertown began in my kitchen ten years ago – from brewing in a rice pan to one of the most successful British brewers in recent years, employing over 160 people and brewing 360,000 hectolitres of beer.’

Beavertown is among a number of craft brewers to be bought out by foreign drinks giants in the past decade.

Others include Camden Town Brewery, bought by ABInBev, the world’s largest drinks maker, as well as London Fields, which is now owned by Carlsberg.