Chancellor abolishes highest rate of dividend tax in biggest shake-up to the system in years – what does it mean for investors?

Kwasi Kwarteng unveiled his mini Budget today with a swathe of tax cuts in a bid to help boost the economy.

As part of a package of tax-cutting measures not seen since 1972, the Chancellor has abolished the highest rate of dividend tax to align with the existing upper rate of 32.5 per cent.

Kwarteng bemoaned the lack of growth in the economy saying his new measures would bring an end to a ‘vicious cycle of stagnation’. 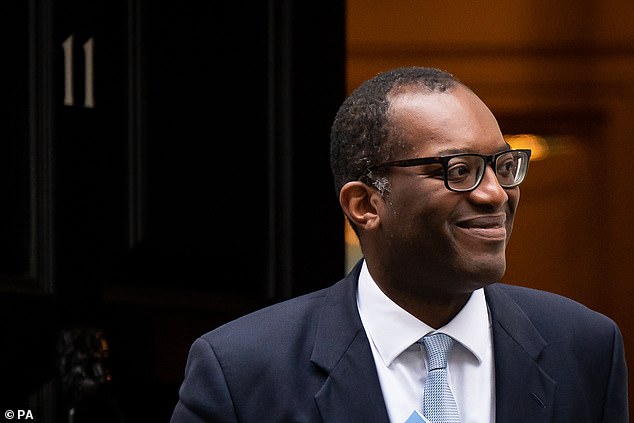 As a result he has abolished the additional rate of dividend tax, currently at 39.35 per cent, to align with the upper rate of 32.5 per cent next year.

It comes on top of the previously announced plans to abolish the 1.25 per cent increase that former Chancellor Rishi Sunak announced last year.

Last October Sunak raised the rates of income tax applicable to dividend income by 1.25 per cent, raising the ordinary rate to 8.75 per cent and the upper rate to 33.75 per cent.

It means basic-rate taxpayers will once again pay 7.5 per cent from next April.

Kwarteng’s approach to tax cuts has been criticised for only helping the wealthy particularly as the energy crisis continues and inflation rises.

The abolition of the 45p top rate of income tax has come under fire for disproportionately helping higher earners.

The think tank Resolution Foundation said half of Kwarteng’s planned tax cuts will go to the richest five per cent of the country.

Slashing the highest rate of dividend tax will also only help those earning over £150,000.

‘This [cut] represents an 18 per cent reduction in the rate of tax these investors and company directors will pay,’ says Laura Suter, head of personal finance at AJ Bell.

‘However, it will be felt the most by company directors, including the self-employed and contractors, who pay themselves via company dividends in addition to salary.’

And for investors putting their cash into their pension or Isa they will see little benefit because they shelter dividends from tax.

The Government said the move will ‘support entrepreneurs and investors across the UK to drive economic growth’.

While investors will see the tax hike on dividends reversed, they won’t see this until April next year meaning they will still face a year of higher rates until then.

According to the growth plan document, the move will benefit 2.6million dividend taxpayers with an average saving of £345 in 2023-24.

Alison Hill, tax partner at PwC, says: ‘The reversal of the 1.25 per cent increase in the dividend tax rate from 2023, designed to boost the supply side of the economy, will benefit any taxpayer receiving dividends and represents a double boost for any additional rate taxpayers who fall into that category.’