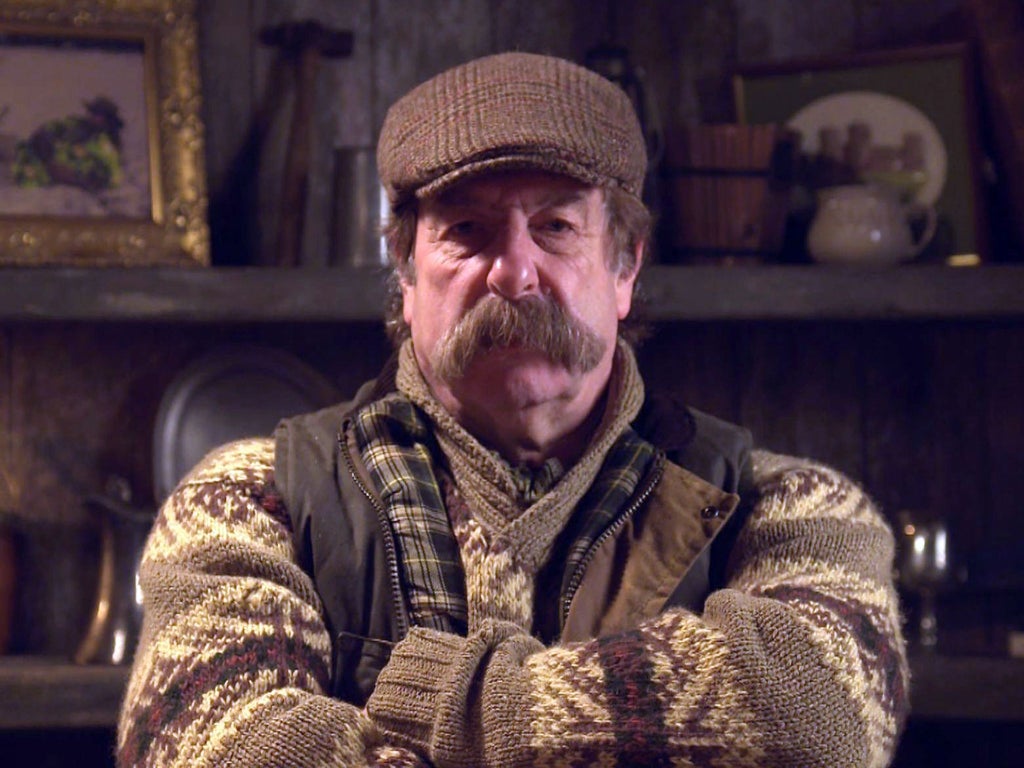 Kiosk Cledwyn made his debut on last year’s season of I’m a Celebrity… Get Me Out of Here! replacing crowd favourite Kiosk Kev.

The Welshman, who insiders claimed to be named after the late local politician Cledwyn Hughes, is now back for the 2021 series.

It’s not known who the man behind the moustache is, but some fans have pointed out that Cledwyn bears a close resemblance to British engineer Lieutenant Colonel Dick Strawbridge from Channel Four’s Escape to the Chateau.

ITV has not yet revealed the actor who portrays the silent owner of Ye Olde Shoppe, however, the show has previously recruited a member of the production crew as well as an unknown local in the role, so anyone is possible.

Fans of I’m a Celeb will remember Kiosk Keith, who disappeared part-way through 2017’s season. At the time, Ant and Dec told fans he was unwell and he was temporarily replaced by a woman called Kiosk Kath.

The Australian, whose real name is Raymond Grant, was allegedly fired due to an alcohol problem and inappropriate behaviour towards a female colleague.

I’m a Celebrity 2021: Why has ITV cancelled Monday’s episode?