Sales at Inmarsat rose at the fastest pace in a decade as shipping and air travel bounced back from the coronavirus pandemic.

Rajeev Suri, the British satellite and maritime communications firm’s boss, hailed an ‘excellent’ 2021 as revenues rose 6 per cent to £1billion.

The group also swung back into the black – making a £13million profit after racking up a bruising £139million loss the year before. 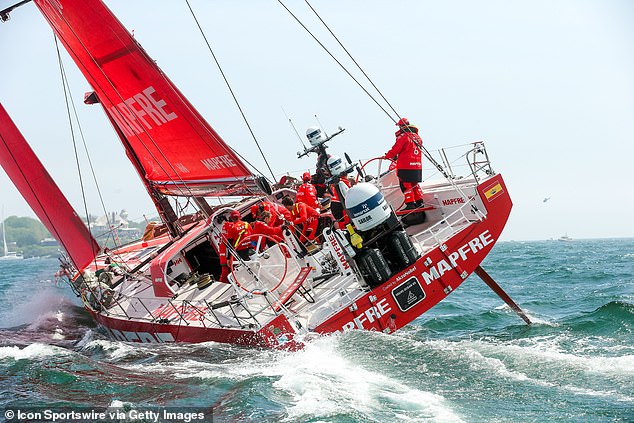 The bumper figures underline the strength of the cutting-edge company, which is on the brink of being taken over by American rival Viasat in a £5.4billion deal.

The stellar results come a week after Viasat said it had thrashed out a series of legally binding commitments with ministers in order to get the tie-up over the line.

Rick Baldridge, chief executive of Viasat, flew to London in late January in an attempt to win political support for the deal.

Viasat’s swoop on Inmarsat, which is a former United Nations agency, is one of a string of foreign bids for defence and other strategically important industries since the pandemic began.

He has faced repeated calls to block all three US deals amid concern that Britain’s aerospace and defence industry is rapidly being hollowed out.

There are fears Inmarsat could suffer the same fate as aerospace group Cobham – which was carved up 18 months after it was bought by US private equity firm Advent.

Tom Tugendhat, chairman of the Commons foreign affairs committee, has warned that the Inmarsat takeover risks ‘reducing the UK’s sovereign capabilities and making it reliant on other countries for the provision of critical infrastructure’.

National security investigations have been launched into all three deals – and all appear to be edging closer to completion. 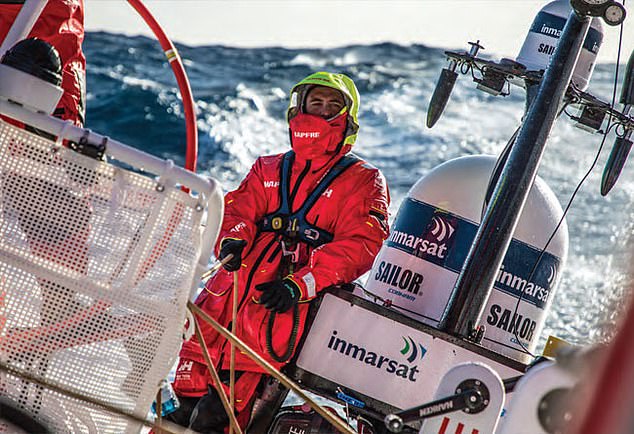 The Daily Mail revealed earlier this month that Advent has provisionally agreed to a beefed up set of commitments that include setting up a supervisory board with Government representation to oversee sensitive UK contracts.

And Parker-Hannifin has offered a series of remedies to EU regulators for its Meggitt takeover, though it is not clear what these are or if it is already in talks with UK officials.

Suri, 54, said the Viasat deal was going as planned and was expected to complete in the second half of this year.

He added: ‘Overall it was an excellent year.’

But Suri also warned that the world remains an ‘uncertain place’ and that it is still at risk of facing component shortages that have hit a number of manufacturing industries.

It was founded in 1979 by UN agency the International Maritime Organisation to help distressed sailors send SOS signals.

The company now has around 1,800 employees across the world and around 860 in London, where it is headquartered.

It has 14 satellites in orbit and is planning to launch another seven. The company’s technology is used in everything from the Volvo Ocean Race to climate change tracking and keeping rural cattle farmers connected to the internet.

It was taken private in 2019 for £4.7billion by foreign private equity groups including Warburg Pincus, but was put up for sale last year.

He added that Viasat could sell some of Inmarsat’s US operations if they do not fit with the company far into the future, but added that the company has been around for 35 years and has not sold anything to date.

Viasat invested £300million in a cyber centre based in Aldershot, Hampshire, last year, and does other work in the UK.

Baldridge has said: ‘We’ve already been making hundreds of millions of dollars in commitment here.

‘So, you don’t have to believe me and say, ‘What are you going to do with this? Is this going to be the latest promise?’ Look at what we’ve done.’

The Government has been so worried about the string of sell-offs of aerospace and defence companies it has brought in new laws to protect firms in sensitive industries – including space – which mean deals are screened automatically.

However, the move on Inmarsat was launched before the National Investment and Security Act came into effect in January, so it is being dealt with under the old regime.