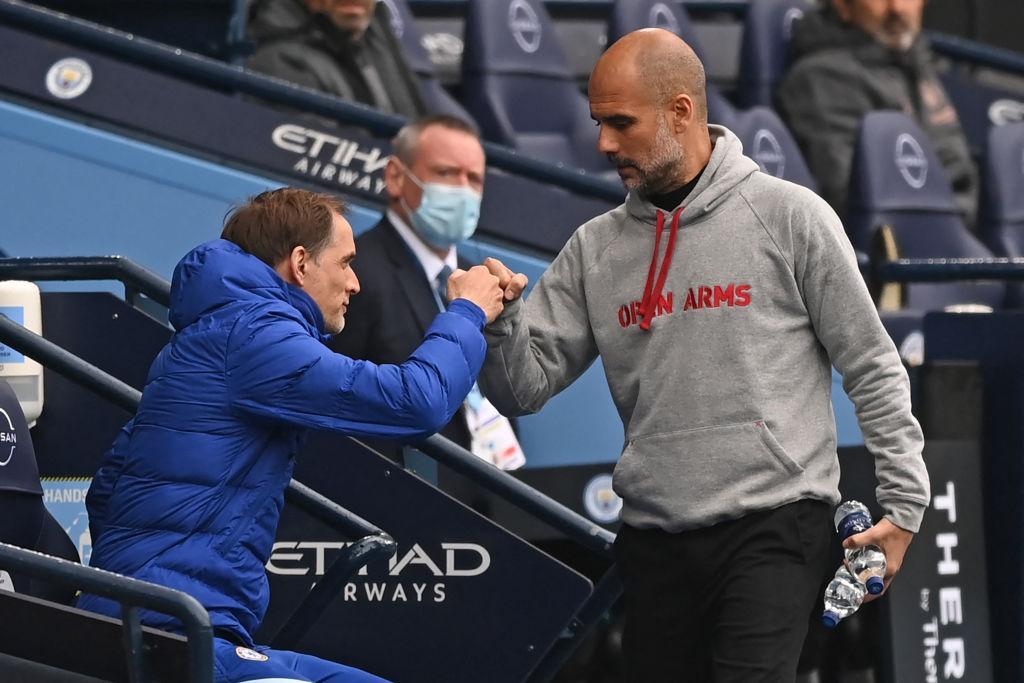 Manchester City will be out to avenge their Champions League final defeat as they take on Chelsea at Stamford Bridge.

Thomas Tuchel’s side claimed a famous triumph in Porto in May to prevent Pep Guardiola adding continental success to his considerable domestic dominance since taking over at the Etihad Stadium.

Possessing two of the deepest and most expensive squads in the Premier League, the pair are tipped to perhaps be the leading contenders among four teams harbouring realistic title hopes this season.

Chelsea top the league table after five games while Manchester City slipped out of the top four after Southampton frustrated the reigning champions last weekend.

Here’s all the information you need to know ahead of the match.

The match will kick off at 12:30pm BST on Saturday 25 September.

This game will be live on BT Sport 1 with coverage beginning 11:30am. Subscribers can also stream it via the BT Sport website or app.

Edouard Mendy may be fit to return to the Chelsea side after missing out against Tottenham after suffering a knock in the Champions League fixture against Zenit St Petersburg, though Tuchel said it is “a race against pain and time”, and the German may be forced to call on deputy Kepa Arrizabalaga once more.

Manchester City rang the changes for Tuesday night’s Carabao Cup win against Wycombe Wanderers which means Pep Guardiola was able to rest many of his first-choice team, but the Spaniard is facing an increasingly concerning injury list. Rodri has a muscular problem and is a doubt while John Stones, Oleksandr Zinchenko and Aymeric Laporte were all also absent against Southampton last weekend.

Ilkay Gundogan has also suffered an issue ahead of eight days in which Manchester City will play Chelsea, Paris Saint-Germain and Liverpool.

Both sides have combined attacking potency with defensive solidity in a manner one would anticipate from two such expensively procured squads. Though Manchester City’s growing fitness issues may be a concern, they will hope to knock back a Chelsea side bidding to knock the defending Premier League champions from their perch — a draw seems the likeliest outcome. Chelsea 1-1 Manchester City

The Capitol riot and revisionist history: the battle over the Jan. 6 legacy

Marvel: How to watch every MCU release in chronological order

Is Man United vs Atalanta on TV tonight? Kick-off time, channel and how to watch Champions League fixture