‘We locked in to avoid any future shocks’: Is it time to take out a TEN-YEAR mortgage?

The number of homeowners looking for long-term fixed rate mortgages has soared over the past year as they aim to protect their finances from rising interest rates.

Searches for ten-year fixed rate mortgages have leapt from 2.9 per cent of all mortgage searches in May last year to 14.2 per cent today, according to comparison website MoneySupermarket.

Lenders have been pushing up interest rates following four base rate increases by the Bank of England since December last year. But that’s unlikely to be the end of it. Further rises are expected in coming months as the Bank of England tries to rein in soaring inflation. 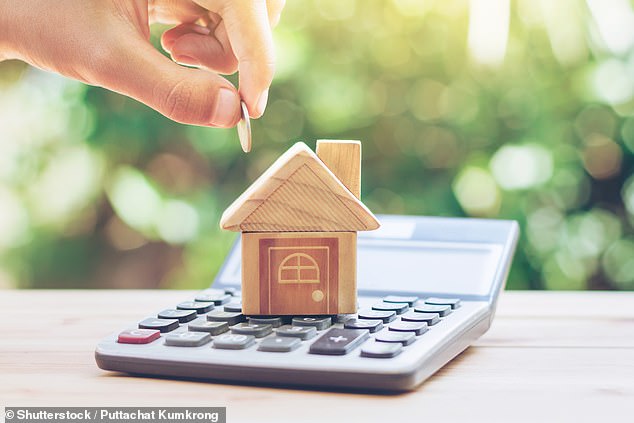 Looking for savings: Searches for ten-year fixed rate mortgages have leapt from 2.9 per cent of all mortgage searches in May last year to 14.2 per cent today

Millions of homeowners are already struggling with bigger household bills – from surging energy bills to higher food costs. Additional mortgage costs could push many to their financial limit.

Some may even struggle to be accepted for a new mortgage when their current deal comes to an end due to rising bills. This is because lenders use affordability calculators to decide whether to offer a mortgage. If mortgage payments are deemed unaffordable due to all the other bills borrowers now face, they will not offer them a new fixed rate, leaving borrowers on more expensive variable rate tariffs.

David Hollingworth, from mortgage broker L&C, says: ‘As rates climb, borrowers want to lock in for longer to protect themselves.’

So should you lock into a long-term fixed rate mortgage?

Traditionally, interest rates tend to be higher on longer-term fixed rate mortgages than shorter ones. However, at the moment there is little difference between them.

The average ten-year fixed rate is 3.21 per cent, compared with 3.17 per cent for five-year fixed-rate deals, according to data analyst Moneyfacts. The lowest ten-year fix, from Lloyds, is 2.31 per cent.

Such deals could also save you thousands in fees over a decade. Mortgage arrangement fees are typically £1,000. If you remortgage every few years, these rack up.

However, longer-term deals, such as the Lloyds one, typically require a deposit or equity of at least 40 per cent of the value of the property.

What are the pitfalls of locking in for so long?

A ten-year fix may seem like the perfect solution in uncertain times, but think carefully about it. If you want to pay off your mortgage early or move home, you may face big early repayment charges, which can run to thousands of pounds. Most deals let you overpay by 10 per cent a year, but no more. Adrian Anderson, director of mortgage broker Anderson Harris, says: ‘Think about how long you may live in the property. Is there a scenario where you may seek to repay the mortgage or repay more than 10 per cent of the balance?’

In theory long-term fixes are portable, meaning you can take them with you if you move. But to do so means effectively reapplying for the mortgage. Lenders are tightening up affordability checks and there is a risk you may not pass them in the future, particularly if your circumstances have changed.

We locked in to avoid any future shocks

Carl Arrowsmith, 49, and his wife Michelle, 44, took out a ten-year fixed-rate mortgage as they want to know exactly what they will pay each month for the next decade.

The couple, who live in Penley, North Wales, got a deal via broker L&C with Skipton Building Society at 2.02 per cent with no fees. 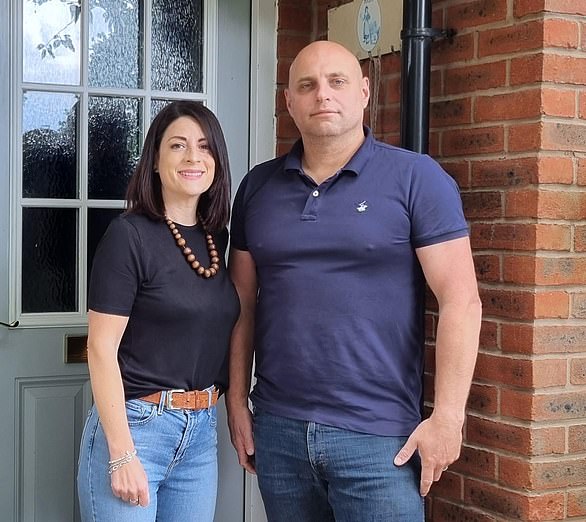 Security: Michelle and Carl Arrowsmith fixed loan for a decade

‘We don’t plan to move in the next decade as we have teenagers going to university, so we’ll have more space anyway,’ says Carl, who runs his own firm booking retail and promotional space. ‘It’s stressful getting a mortgage as we’re both self-employed – Michelle is a hairdresser. Now, we won’t have to keep going through the process every few years.’

Carl says: ‘We’ve benefited from low rates for so long. This way, we’ll carry on doing so until the mortgage is repaid. We don’t want a shock to such a big part of our monthly household expenditure.’

What are the best longer-term deals?

Building society Skipton has a seven-year fixed rate loan at 2.79 per cent, with a £995 fee. But the loan must represent no more than 60 per cent of the home’s value.

Lloyds has a five-year fixed-rate mortgage, again with maximum loan-to-value of 60 per cent, at 2.5 per cent – slightly higher than the top two-year fixed-rate deal, which is 2.1 per cent. But you’ll need to get your skates on as the most competitive deals disappear fast.

What if you’re already on a fixed-rate deal?

It can be frustrating wishing to lock into a new deal before rates rise, but being unable to do so if you are already on a fixed rate deal. However, you still have options.

Most lenders let you secure your next mortgage three to six months before your current deal finishes.

In some cases it may even be worth paying the early repayment charges on a current loan. Such charges are calculated on a sliding scale, falling the closer you are to the end of the term.

SNP 'terrified to be independent' as Nicola Sturgeon wants to join EU 'straight away!'