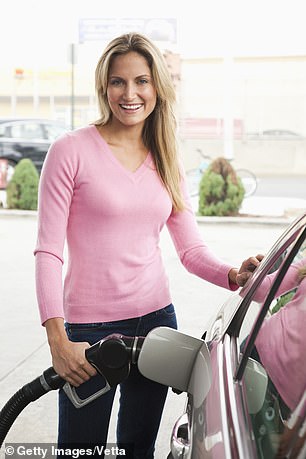 Fuelling the debate: Should investors buy into fossil fuel companies?

Investors have long relied on oil, gas and mining companies to grow their wealth. These stocks tend to be among the UK stock market’s highest producers of dividend income – and this year looks set to be no exception.

Yet some of these businesses are mired in controversy, especially the oil and gas giants as they continue to reap rich rewards from the country’s energy crisis, which has resulted in household and business fuel bills rising at an alarming rate.

For example, BP’s profits for the third quarter of last year jumped to £2.4billion on the back of soaring oil and gas prices with boss Bernard Looney stating that the company was a giant ‘cash machine’. Meanwhile, Shell recorded record cash flows in its third quarter.

Both have rewarded shareholders with a tickle up in their quarterly dividends, although these payments still remain way below those made by the oil giants before the pandemic struck.

Mining companies – the likes of Anglo American and BHP – have also provided shareholders with a stream of attractive income on the back of rising commodity prices.

Yet, although these businesses are instrumental in the drive towards a more eco-friendly world – for example providing materials key to the production of electric cars – they have their detractors.

Like the oil giants, they are deemed environmentally unfriendly, responsible for a big chunk of the world’s global carbon emissions.

For income investors, it’s a dilemma. Should they invest in these companies despite their patchy environmental record and profiteering – or in the hope of them mending their ways. Or should they shun them?

WHY FOSSIL FUEL FIRMS ARE STILL WORTH A LOOK

Some investors choose to avoid businesses that actively contribute to greenhouse gas emissions by ruling out these companies altogether in their portfolios or opting for funds that screen them out.

Yet others, with the same environmental concerns, take a different approach. They invest in fossil fuel firms in the hope of using their influence as shareholders to pressure management into decarbonising their businesses and working towards energy transition – shifting to renewable energy sources such as wind and solar.

There is some evidence this approach from investors is starting to pay off. BP hopes to become a net-zero emissions business by 2050.

It has pledged to reduce oil and gas production by 40 per cent by 2030, increase its renewable energy power generation capacity, and invest up to $4billion (£3billion) a year in low carbon projects.

Rival Shell has set out a similar plan to become net zero by 2050, while miner Rio Tinto aims to cut its carbon emissions in half by 2030 and work towards net zero by 2050. 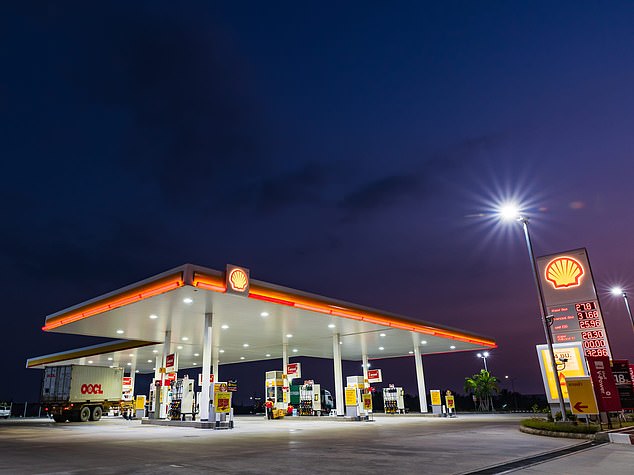 Cleaning up their act? Oil giant Shell has set out a plan to become net zero by 2050, as has BP

Richard Marwood, a fund manager at Royal London Asset Management, is an advocate of this engagement approach. He believes the likes of BP and Shell can contribute to energy transition and will play a vital role given their scale.

The transformation of their businesses will mark the end of significant spending on new oilfields and this money can then be diverted to renewable energy projects.

He suggests readers ask themselves a simple question: ‘The starting point has to be whether you are personally comfortable as an investor holding shares in these companies.

‘Do you believe that these companies are going to be part of the transition? If the answer is yes, they’re investible.’

The number of potential investors in fossil fuel companies is falling as growing numbers express concerns about their impact on the environment. As a result, some investment experts believe these firms are much undervalued, making them potential investment bargains.

He currently holds French oil giant TotalEnergies and Swedish-listed Lundin Energy in Henderson European Focus, a £345million investment trust he has run since 2010.

He adds: ‘Many listed oil, gas and cement companies are seriously undervalued because many are ‘cancelled’ on environmental grounds, despite the fact they are decarbonising and essential for the energy transition.’

The share price of Swiss cement producer Holcim is a case in point. Bennett says: ‘The share price should be 34 per cent higher than it is today, because investors are overlooking its ambitious plans to become a less carbon-intensive company.’

Royal London’s Marwood believes BP and Shell look undervalued, particularly in light of the strong cash flows they produce and the prospect of annual dividends producing returns of about 4 per cent.

He says: ‘I think these companies are cheap and I can see why they got this way because there haven’t been many buyers of the stock.’

BUT WHAT IF THERE ARE NO BUYERS?

Share prices may look undervalued, but if there are not buyers out there, Marwood believes it will be hard for the investment potential of some of these companies to be realised.

‘The concern is that today’s fashion for ESG (environmental, social and governance) scorecard investing runs longer than our patience can hold out,’ he says.

However, Marwood adds that if shares remain depressed, companies may start to buy them back, which would help drive up the share prices and improve returns for investors.

Veteran fund manager Gervais Williams runs investment fund Premier Miton UK Multi Cap Income. He advises that anyone considering an investment in carbon-intensive stocks should ensure they opt for those that will meet the climate change emissions targets.

‘It is no use buying companies that are going to become isolated because their customers move away from them, and governments won’t buy from them because they are not meeting the climate change agenda,’ he says.

For some investors, the idea of buying carbon-intensive companies on the grounds they are transitioning does not stack up.

‘We don’t feel that investing in oil on the basis of transition will ever work,’ says Ketan Patel, manager of the EdenTree Responsible and Sustainable UK Equity Fund. 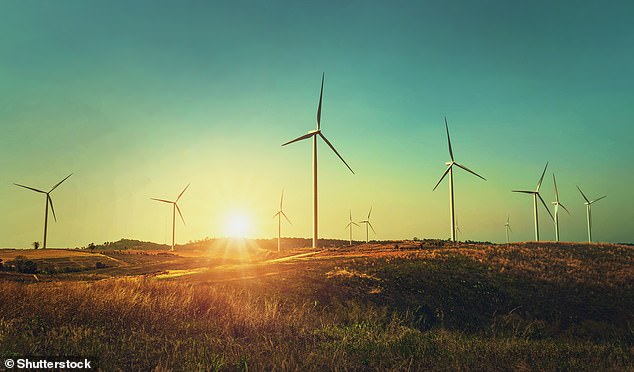 He points to the potential environmental damage that the major oil companies are likely to cause in the run-up to becoming net zero.

The fund manager anticipates they will pump as much oil as they can before 2050, which will have disastrous consequences for the environment.

He adds: ‘If they do want to transition, they must transition fully so they are no longer oil companies and become major renewable energy players. Also, are they going to make good on 150 years of ecological damage financially?’

Patel says there are attractive alternatives that offer a good income from less carbon-intensive sectors.

For example, renewable energy investment trusts offer annual income of between 4 and 7 per cent – the likes of Greencoat UK Wind and Bluefield Solar Income.

He says ‘Renewable energy trusts can produce a high-quality income stream without the price volatility that oil, gas and mining shares are likely to experience.’

'Climb down off your high horse!' Redwood erupts at EU for NI protocol issues

Rent inflation at the highest level for 14 years, says Zoopla