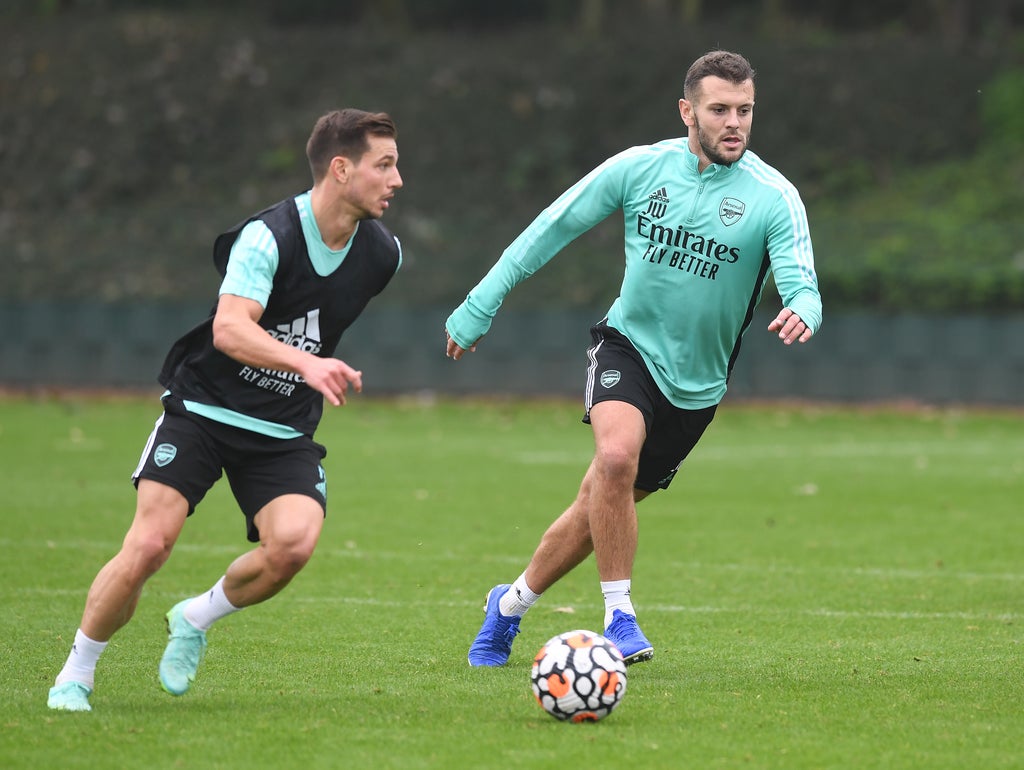 Former Gunner Jack Wilshere says he hasn’t thought about an Arsenal return since linking up with the club in training this season.

Wilshere, who has been without a club since leaving Bournemouth last season, was invited to London Colney by Arsenal manager Mikel Arteta to train and help with the U23 side.

The England international, who left the London club in 2018, is focusing on his fitness with hopes he will be signed in the January transfer window.

“To be honest with you, it [Arsenal return] hasn’t [crossed my mind],” he told Goal. “Obviously. I see all the love from the fans, they are asking me if I’m going to get a contract and they say they want me to, which is obviously nice.

“But I’m just thankful for Arsenal giving me an opportunity to be around players again, to be around the club.

“Honestly, I’m just concentrating on getting myself as fit as I can physically and being in a good place mentally for January when the window opens and hopefully something comes up.”

Wilshere may not have his mind on a return to the Premier League club but earlier this year he did say he shouldn’t have left Arsenal when he did. He departed the Gunners for West Ham and he didn’t find form at the club.

Speaking to The Athletic, he said: “Honestly, I should have never left. That’s nothing against West Ham — it could have been anyone — but I shouldn’t have left Arsenal.

“I had a conversation with Arsene when I came back from Bournemouth[following a 2016-2017 loan, with 12 months left on his Arsenal terms]. He said, ‘Look, you can leave. You’re not going to get a new contract here’.

“[But] Knowing Arsene the way I knew him and how much he rated me as a footballer, I knew if I got myself fit there were lots of games and I could get myself into that team.”

Bloating: How to stop farting so much – one of the most 'beneficial' drinks to ease wind

Arsenal vs Aston Villa prediction: How will Premier League fixture play out tonight?