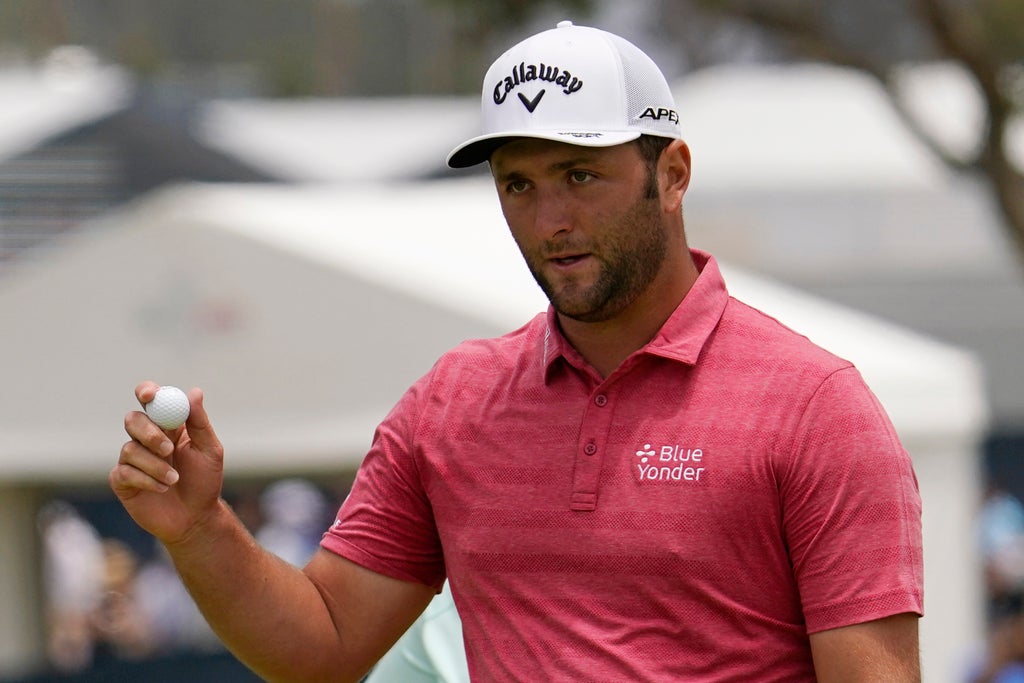 Men’s golf began Thursday in the Olympics, and the No 1 player in the world was nearly 6,000 miles away watching from home. Jon Rahm still can’t believe he’s not playing.

“I didn’t think ever that I was not going to be there,” Rahm said in a phone interview from his home in Scottsdale, Arizona. “I can’t even tell you what happened.”

The simple explanation is that he received a positive Covid-19 test the day before he planned to leave for Tokyo and fulfill his dream of playing in the Olympics, a chance to add a medal to a banner year that includes a US Open title.

The mystery is why it happened to him.

Back in June, Rahm passed five Covid-19 tests as part of the PGA Tour’s contact tracing at the Memorial, and the sixth test came back positive. He was notified moments after he had built a six-shot lead going into the final round, costing him a likely victory.

He had started the vaccination process that week, and because he was asymptomatic, Rahm ended his self-isolation early with back-to-back days of negative results.

Then he won the US Open, the first major championship for the 26-year-old Spaniard. Now this.

“For people who don’t know, I needed three negative tests,” he said. “Thursday, negative. Friday, negative. Saturday, positive. I did a second one to make sure it wasn’t a false positive.”

Rahm said he went back on Sunday and took a saliva test, an antibody test and a PCR test. The saliva and PCR tests came back negative, and it was confirmed he had the Covid-19 antibodies.

By then, he said, he could not have received three straight negative results and arrived in Tokyo in time to play at Kasumigaseki Country Club, where he would have been the betting favourite.

Along with already having Covid-19 and being vaccinated, Rahm said he flew privately to England for the British Open, where he passed every test required to play. He tied for third, the only player this year to have top-10 finishes in all four majors.

More maddening to Rahm is searching for answers on why this happened to him.

“I haven’t had two experts tell me the same thing,” he said.

Andy Levinson, the PGA Tour’s senior vice president who has overseen the Covid-19 protocols, was not involved in any of Rahm’s tests and hasn’t spoken to him. From his experience and working with the Centers for Disease Control and Prevention, he said it sounded like what the tour dealt with last summer.

Some players still tested positive for weeks — sometimes months — after 10 days of isolation and no symptoms.

“The reason the CDC does not require someone to test again after 10 days of isolation is it’s very likely that for some period the test is going to detect remnant viral particles,” said Levinson, who also is head of USA Golf at the Olympics.

“Each day you have less remnant viral particles in your body,” he said. “If someone is taking a swab, it could be negative, and another day they could catch particles. It’s conceivable his positive result was related to that, particularly in a subsequent test.”

The tour’s CDC-guided protocols allowed for players who tested positive for the coronavirus to not have to be tested for 90 days.

But this is the Olympics. The ruling body is the Japanese government, and the policy is strict.

Rahm has learned to temper his Spanish passion this year, helped by the perspective of his wife giving birth to their first child, a boy named Kepa. He credits that new outlook with allowing him to bounce back from the Memorial disappointment by winning the US Open.

That positive result before the Olympics tested him.

“Five months ago, I would have been more mad about it. Not this time, but it did take more than a day to get over it,” Rahm said. “Clearly, I don’t have it. But the dream of being an Olympian is going to have to wait three more years. That’s really upsetting in a sense.”

There’s a big upside. Through the pandemic, Rahm has learned from experience that golf is irrelevant. A close friend from Spain died of Covid-19. He and his family are healthy.

“In the grand scheme of things, I didn’t get to play two big events,” Rahm said. “Golf is secondary. My wife, my son, my family is what’s important. I can’t say it’s a bad year. I got the U.S. Open trophy. I’m No 1 in the world. I’m never going to say I’m an unlucky person.”

Getting tested for Covid before flying reduces number of infected travelers to just 0.05%