By Mike Sheen For This Is Money

Joules has insisted Next’s proposed £15million investment in the brand remains on the cards, despite rumours that talks have stalled.

Reports over the weekend suggested Next had been put off the deal, which would see it take a 25 per cent stake in Joules, as a result of recent profit warnings and a steep share price decline.

But Joules told investors this morning that it ‘continues positive discussions’ with Next ‘about both adopting its total platform services to support its long-term growth plans and a potential equity investment’. 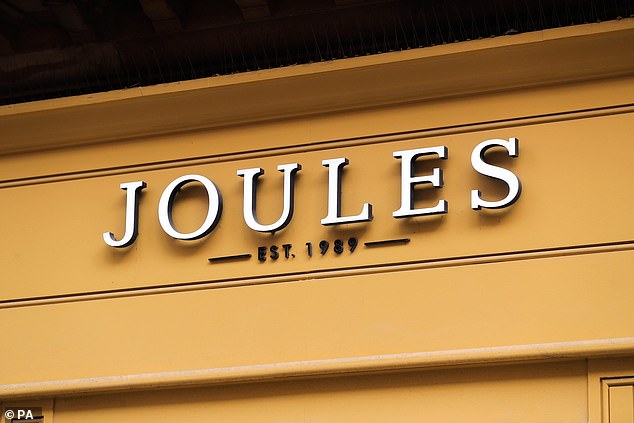 The troubled fashion retailer, known for its posh wellies, has seen hot weather and the cost of living crisis weigh on demand for its products

Joules shares fell another 6 per cent in early trading to 24p. A year ago they were worth 254p.

The firm’s share price has been under pressure in recent months as it was forced to issue profit warnings and ask its lenders for a waiver on the conditions for some of its debt agreements.

The troubled fashion retailer, known for its posh wellies, has said the hot weather and the cost of living crisis has weighed on demand for its products.

Joules shares were trading at around 33p when the Next talks emerged and it is now valued at less than £30million, meaning Next’s mooted deal would be worth more than half the company.

A source told Sky News there was ‘no way’ Next boss Lord Wolfson would pay a premium to invest in the business.

City sources also suggest Next has not received enough financial information from Joules to proceed.

Joules said on Tuesday: ‘Further to the announcement on 19 August 2022, the Group continues positive discussions with Next Group about both adopting its total platform services to support its long-term growth plans and a potential equity investment.

‘There can be no certainty that these discussions will lead to any agreement, and further announcements in this regard will be made if and when appropriate.’

Tax-free shopping axe is blow to all UK

Capital offenders! Londoners top the poll of those admitting to drink driving