By Adam Schrader For Dailymail.Com

Donald Trump’s Justice Department secretly subpoenaed Microsoft to access a congressional staffer’s email account in a bid to expose the leakers of classified information to the press.

Microsoft’s disclosure comes after it was revealed that Apple had received a grand jury subpoena to seize communication records for at least two members of Congress as well as members of the press.

Microsoft said in a statement to The New York Times that the company received a subpoena in 2017 related to a personal email account, and later learned the person was a congressional staffer.

Like Apple, Microsoft was under a gag order to keep the subpoena a secret and recently notified the customer that their data had been handed over after the gag order expired, the outlet reported.

‘We will continue to aggressively seek reform that imposes reasonable limits on government secrecy in cases like this,’ Microsoft said in the statement.

DailyMail.com has reached out to Microsoft for more information and additional comment. 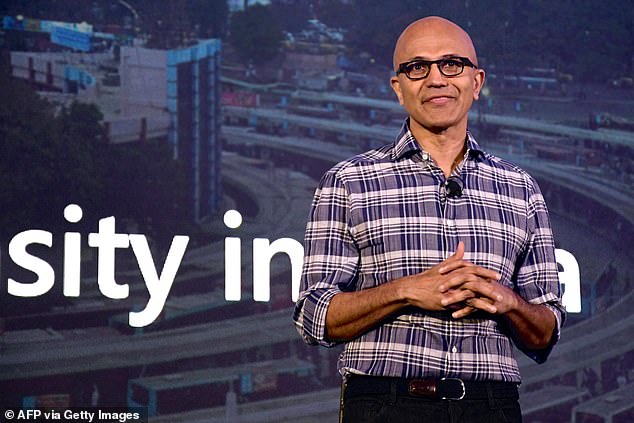 Apple revealed in a statement to DailyMail.com that the subpoena it received had ‘provided no information on the nature of the investigation’ after the company unknowingly handed over data relating to Democratic Reps. Adam Schiff and Eric Swalwell.

‘We regularly challenge warrants, subpoenas and nondisclosure orders and have made it our policy to inform affected customers of governmental requests about them just as soon as possible,’ a spokesperson for Apple told DailyMail.com.

‘[The subpoena] provided no information on the nature of the investigation and it would have been virtually impossible for Apple to understand the intent of the desired information without digging through users’ accounts,’ the spokesperson said.

‘Consistent with the request, Apple limited the information it provided to account subscriber information and did not provide any content such as emails or pictures.’

Prosecutors sought a total of 73 phone numbers and 36 email addresses, in a large and seemingly random request similar to others that tech giants, including Apple, frequently receive.

The gag order was extended three times under the Trump administration but was not renewed by the Biden administration’s Justice Department. The company ultimately notified the customers who were affected on May 5.

The House Intelligence Committee then contacted Apple and the company confirmed that it had received the subpoena and directed the lawmakers to contact the Justice Department.

The tech giant has recently addressed how it responds to such broad-scope subpoenas and has started to limit its legal requests to just 25 identifiers. When no gag order is in place, Apple typically immediately informs customers of subpoenas.

Apple will often challenge subpoenas, but the company declined to comment to DailyMail.com on how many subpoenas it challenged during the year the subpoena for Swalwell and Schiff’s data was granted.

The New York Times noted that, in the first six months of 2020, Apple challenged 238 governmental request for customer data – amounting to about 4 percent of such requests.

Google declined to comment to The New York Times if it received a subpoena related to the investigation on the House Intelligence committee. DailyMail.com has reached out to Google for an explanation on why the company refused to comment.

However, Google fought a gag order on a subpoena to give the government data on the emails of four reporters for The New York Times, the outlet noted. That subpoena was a part of the same investigation into leaks by the Trump administration.

Tokyo Olympics: Sam Kendricks OUT of Games after testing positive for Covid-19

Tokyo Olympics: Sam Kendricks OUT of Games after testing positive for Covid-19