A Supreme Court Justice who dissented against allowing Texas’s abortion ban is now calling the Court out for its ‘very bad’ ruling.

Supreme Court Justice Stephen Breyer joined George Stephanopoulos to promote his new book The Authority Of The Court And The Peril Of Politics, but it wasn’t long before the TV host brought up the controversial abortion ban.

‘I thought it was a very bad decision and I dissented,’ he told Stephanopoulos on Good Morning America. 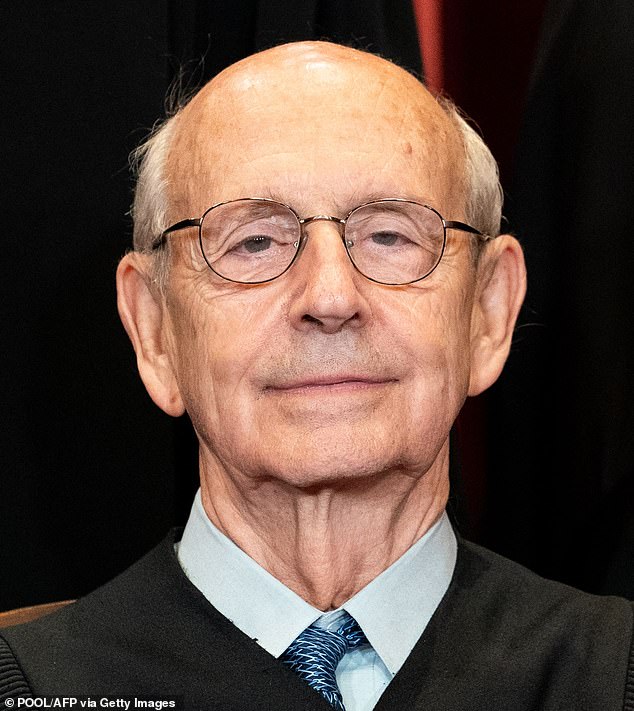 Breyer, 83, told Stephanopoulos that the court doesn’t ‘trade votes,’ but did highlight that other Justices emphasized judicial philosophies such as greater emphasis on following the original texts of the constitution when deciding their rulings.

The liberal justice, who is the oldest member on the court, said he emphasized more purposes and late Justice Antonin Scalia was text-based.

He also emphasized the need for a ‘rule of law,’ citing other countries like Ghana, he cited, which does not, where citizens use guns and violence to solve problems.

He claimed a ‘rule of law’ is a ‘treasure’ that US citizens should value.

Breyer went on to say: ‘The Supreme Court has had many ups and down,’ before citing Plessy vs Ferguson – the case that upheld the “separate but equal” racial segregation stance – as a down, and Brown vs Board of Education, which outlawed racial segregation in education, as an up.

The court denied the request from Texas abortion providers to place a temporary hold on the state’s proposed abortion law, which bans Texas women from getting an abortion as early as six weeks. 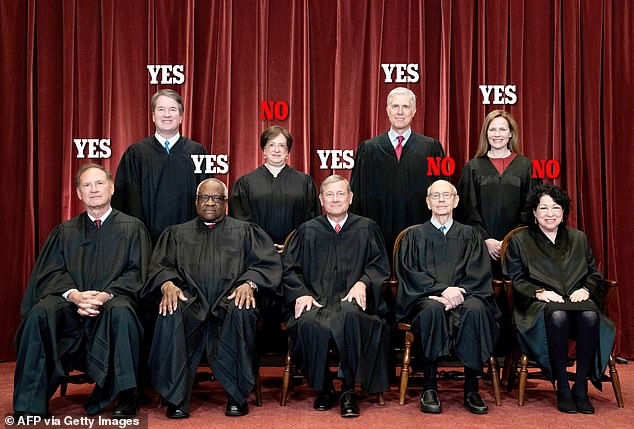 When questioned about the January 6 riot at the US Capitol, Breyer admitted he ‘was worried’ about it, and implied it was symptomatic of ongoing tribal political divisions in the United States.

Texas’s abortion ban does not allow abortions after a heartbeat is detected, unless the mother’s health is in danger. There are no exceptions for rape or incest.

The Texas law drew even more controversy as it isn’t enforced by the state but by Texas’s own private citizens.

The law that took effect on September 2 allows any private citizen to sue Texas abortion providers who violate the law, as well as anyone who ‘aids or abets’ a woman getting the procedure.

The statute, which survived a Supreme Court challenge and Breyer’s dissent, sets minimum damages of $10,000 per banned abortion, to be paid out to the first person to prevail in a suit over the procedure. 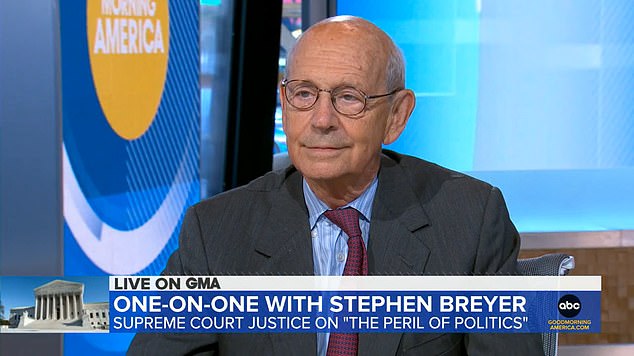 Abortion patients themselves cannot be sued, but the ‘aiding and abetting’ clause is broad, and might even apply to a cab driver who knowingly takes a woman to get a banned abortion.

By handing off enforcement to private citizens, Texas avoided the legal pitfalls that doomed similar efforts in other states – but critics say that the move amounts to a hack of the legal system.

‘The most pernicious thing about the Texas law it sort of creates a vigilante system where people get rewards,’ President Joe Biden said on September 3. ‘I know this sounds ridiculous. It’s almost un-American what we’re talking about.’

Known as the Heartbeat Act, the Texas law bans abortions after ultrasounds can detect a fetal heartbeat, which can occur as early as six weeks.

The abortion ban makes medical exceptions to save the life of the mother, but allows no exemptions for cases of rape or incest.

The new law allows anyone to bring a suit against abortion providers, regardless of whether they have been personally harmed.