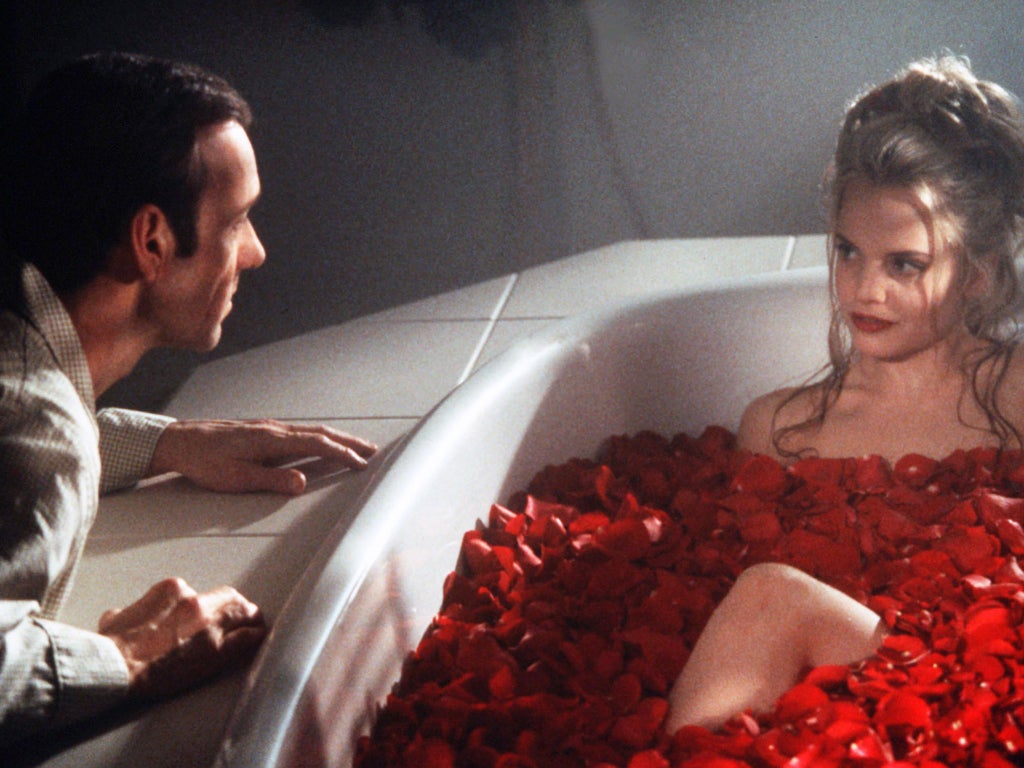 Kevin Spacey had a “weird and unusual” acting process on the set of American Beauty, his co-star Mena Suvari has claimed.

Suvari appeared in the 1999 film as the best friend of Spacey’s teenage daughter, who Spacey’s character begins having elaborate fantasies about.

The actor has now said that she “trusted” Spacey throughout filming, but remembered one “unusual” moment in which the pair prepared for an intimate scene on camera.

In a side room on the set, the pair “lay on the bed very close to one another”, Suvari told People Magazine. “He was sort of gently holding me. It was very peaceful but weird and unusual.”

Suvari, who is promoting a forthcoming memoir titled The Great Peace, also revealed that her earliest years in Hollywood were blighted by memories of sexual abuse, which led her to drug addiction.

“Every time I would go on a set [and] every time I was interviewed, I was acting the whole time,” Suvari said. “It was another role for me to play. That I was okay.”

Speaking to The Independent last year, American Beauty screenwriter Alan Ball expressed doubt that the film would be made today.

“I feel really sad because what happened with Kevin had sort of left its mark on it,” he explained. “Especially since the character he played in the movie is somebody who’s lusting after a 17-year old girl. I wonder if that movie would get made now.”

Spacey has been accused by multiple men of sexual misconduct, which he has categorically denied. No charges have been brought against him.

The House of Cards star, who hasn’t acted since 2017, is due to film a role as a sex crime investigator in a forthcoming independent film.