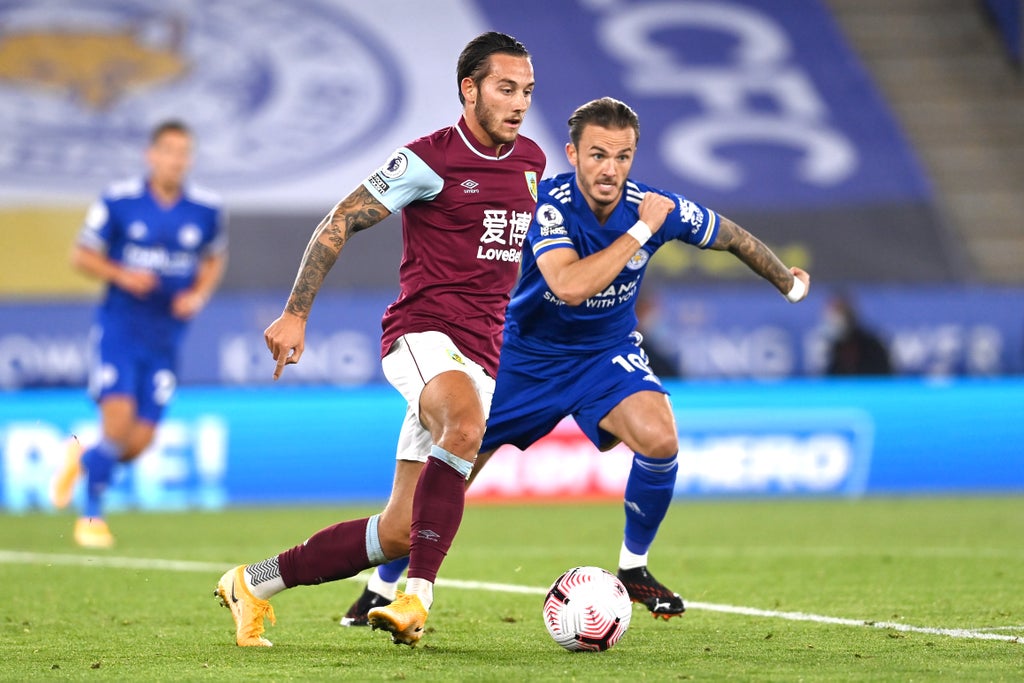 Jay Rodriguez is pushing for a spot in Sean Dyche’s starting team as Burnley go in search of a first Premier League win of the season at Leicester City.

Rodriguez scored four goals in midweek Carabao Cup action and could begin in attack for Burnley at the King Power Stadium.

Leicester have lost their last two games and Jonny Evans is again doubtful after Caglar Soyuncu and Jannik Vestergaard formed the centre-half partnership for Brendan Rodgers during last weekend’s loss to Brighton.

Rodgers will be hoping his side can turn around their league form against a side currently in the Premier League’s bottom three, having won against Millwall in midweek action.

Here’s all you need to know ahead of the Premier League clash.

When is the match?

Where can I watch it?

The match will not be shown live on television in the United Kingdom but highlights will be shown on Match of the Day, which begins on BBC One at 10.30pm.

Leicester will face a nervous wait on the fitness of Jonny Evans after the centre-half missed their defeat at Brighton after he was rushed back into Europa League action following a foot injury. Defenders Wesley Fofana and James Justin are already out on a longer-term basis.

Jay Rodriguez starred in midweek Carabao Cup action for Burnley, and the four-goal forward could have earned himself a start in the league. Marquee summer addition Maxwel Cornet could also come into the starting side on the wing.

It would be a surprise if a side of Burnley’s battling qualities were to remain without a win for much longer but this will be a tough trip to the East Midlands. The visitors may look to keep things tight but Leicester’s better attacking quality should enable them to edge out Sean Dyche’s side. Leicester City 2-1 Burnley