Major investors have spoken out against the £9.5billion takeover of Aveva by French conglomerate Schneider Electric as opposition mounts.

Canada-based Mawer Investment Management has attacked the deal as ‘opportunistic’, adding that the software company has excellent long-term growth prospects.

Schneider this week offered £31 a share for the 40 per cent of Aveva it does not already own – a 41 per cent premium over the closing share price in August when the offer first emerged. 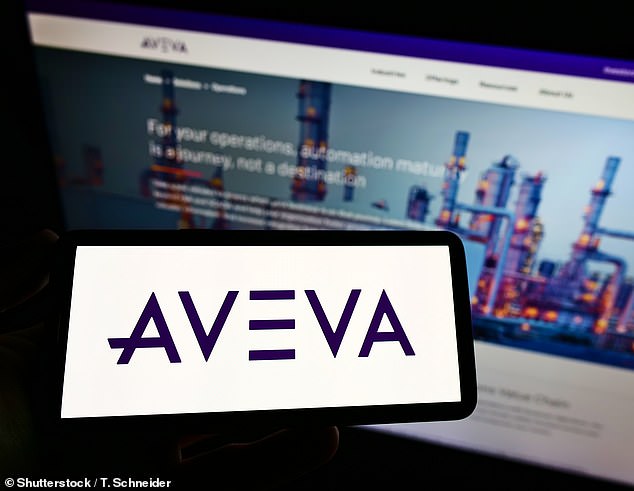 Opposition: Schneider has offered £31 a share for the 40 per cent of Aveva it does not already own

But it was well below the share price of £42 a year ago. Peter Lampert, a fund manager at Mawer, said: ‘Aveva is a great business with a very promising long-term outlook.

Another top 20 investor, which didn’t want to be named, added: ‘We do not believe the bid fairly reflects the future value creation potential of the business.’

Their comments echo those made by M&G as momentum against the deal grows. Rory Alexander, a fund manager at M&G Investments, said: ‘Aveva’s share price is trading at depressed levels due to the combination of low technology valuations, macro-economic uncertainties and a complex business model evolution from licence to subscription-based revenues. M&G intends to vote against the bid.’ The takeover is the most recent example of foreign buyers, including private equity, plundering the London stock market as the pound falls.

New Business Secretary Jacob Rees-Mogg has come under increasing pressure to intervene in the Aveva deal on national security grounds.

Fears in particular have been raised about Schneider’s joint venture with Chinese conglomerate Delixi Electric. Critics say that if Aveva is taken over its proprietary technology is at risk of falling into Chinese hands.

But Rees-Mogg could come up against Chancellor Kwasi Kwarteng, who is increasingly looking to deregulate the City to unleash a ‘Big Bang 2.0’.

This could mean waiving more merger and acquisition deals through in a bid to show that Britain is open for business and to much-needed foreign investment.

Aveva is one of the London Stock Exchange’s few remaining technology firms.

Schneider hopes to close the deal in the first quarter of 2023, but will need to secure support from at least 75 per cent of minority shareholders in a vote set for mid-November. Given the French group cannot vote, it would only take 10 per cent of the shareholder base to reject it for the deal to be blocked.

Who's your Strictly Come Dancing favourite? Have your say on this year's contestants