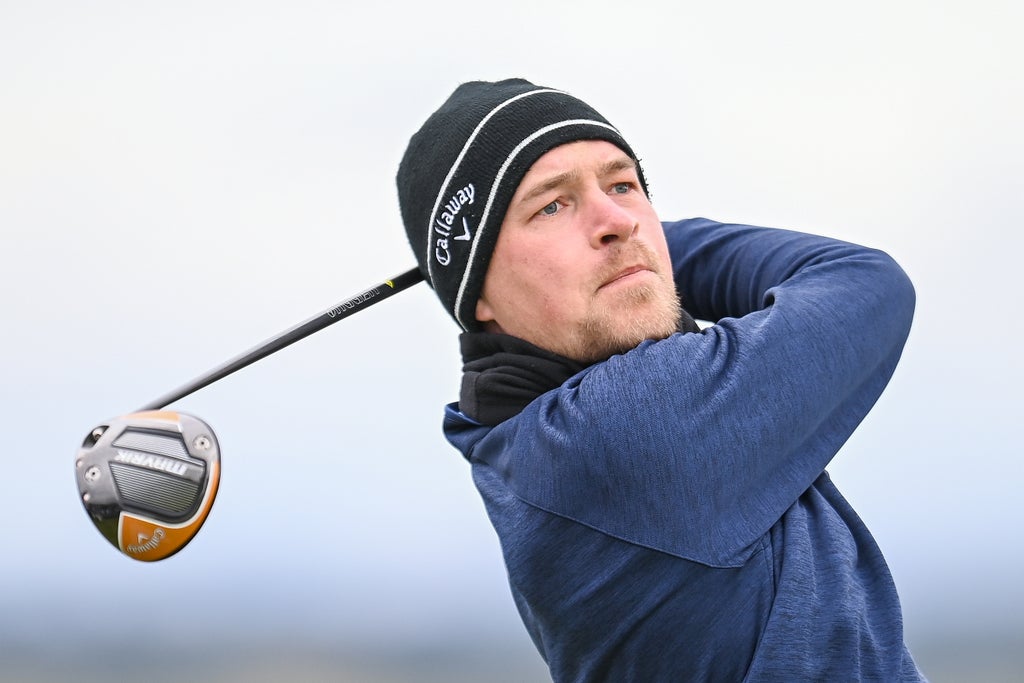 Denmark’s Jeff Winther won his first European Tour title in the Mallorca Golf Open before revealing he feared missing the final round after getting locked in a bathroom.

A closing level-par 70 at Santa Ponsa was enough to give Winther a one-shot victory over Swede ’s Sebastian Soderberg and home favourites Pep Angles and Jorge Campillo.

But it could have been a very different – and rather embarrassing – story if Winther’s six-year-old daughter had not come to the rescue.

“After breakfast I went to have a shower and my wife came in to use the bathroom as well,” Winther explained.

“The door closed (and) we locked ourselves in. The handle didn’t work. Our little girl Nora, six years old, had to go and find guys at reception to break down the door.

“We were in there for 45 minutes I think. I thought, jeez not today, not Sunday, you’re leading the freaking event. Might not get there for your tee time. What a morning.”

Winther took a two-shot lead into the final day following his second 62 of the week on Saturday, but despite saving par on the third with a left-handed shot from the base of a tree, his advantage was quickly erased.

Soderberg birdied the second, third and seventh to join Winther at the top of the leaderboard before the 33-year-old Dane made what would be his only birdie of the day on the 10th to reclaim the lead.

A birdie on the 11th saw Soderberg draw alongside his playing partner once more, only for the Swede to three-putt the 13th and then fail to get up and down from a greenside bunker on the 15th.

That gave Winther some welcome breathing space and he had the luxury of dropping his only shot of the weekend on the 18th before celebrating with his wife and children on the green.

“I don’t know what to say right now,” Winther told Sky Sports “I’m very pleased to see both of my kids here and my friends. It’s fantastic. I’m overwhelmed.

“I don’t know how we’re going to celebrate. We’ve got a flight home (on Monday) at 10 but tonight’s going to be great I think.”

Soderberg finished runner-up for the second week in succession, the 31-year-old having held a two-shot lead with two holes to play in the Andalucia Masters seven days ago, only to lose a ball following a wild drive on the 17th at Valderrama.

Travel rule changes 'not very useful': The one country to travel to with no restrictions

JEFF PRESTRIDGE: Deal for City advisers, not members of LV

Burnley vs Tottenham postponed due to heavy snow