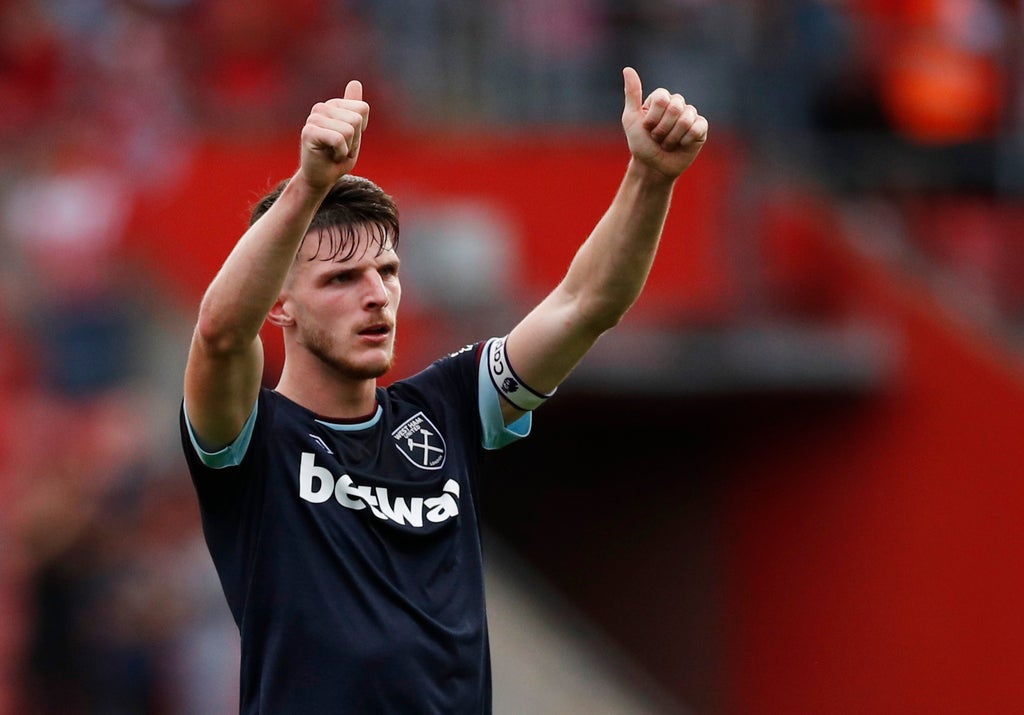 In the days before Cristiano Ronaldo returned to Old Trafford, Ole Gunnar Solskjaer was getting impatient.

It wasn’t to do with signing the Portuguese, which was a prospect that only became possible on the Thursday night. It was to do with the position Solskjaer sees as the real missing piece in this team. That is the No 6. The absence of such a player has already been seen in United’s games so far, which have all featured extended periods of discomfort.

That will happen when your team is so tilted towards the attack, with little protection. It feels like the theme of the season might be United trying to overcome issues at the back with their quality in attack – essentially scoring more than the opposition. Solskjaer would rather not leave so much to chance. The Independent has been told the Norwegian was discussing potential options, and was questioning why all of those put forward were players that were generally well known.

It’s not like the midfield equivalent of Wesley Fofana was being unearthed. Players like Yves Bissouma meanwhile didn’t fit what they want for the position. The Brighton midfielder is seen as more of an all-action box-to-box player. United want a shielder, and someone that can control play with passing.

One name met more requirements than anyone else. That is West Ham’s Declan Rice, who Solskjaer’s side face at the London Stadium on Sunday.

While United have played down interest in the past, a number of sources say he is now the top priority for next summer. It would have been this summer had the player had his way.

Rice’s camp, which is led by his father, were investigating whether it was possible to go. West Ham put a £100m price on him, though, and that was too much for United in a window where Jadon Sancho was the priority. Solskjaer did ask questions about the budget in the days before Ronaldo’s signing, wondering whether a less well known option was possible. When the move for Ronaldo looked like it was possible, the manager wasn’t exactly going to say no to a player he saw as improving their chances of victory. He still wants Rice, though.

Many people who know the 22-year-old are talking as if his move to Old Trafford is a near certainty to happen. It has been a frequent topic of discussion in the England camp. Some of the United players have gently mocked Rice about it, because they very much want him to come. Transfers are rarely so easy, though, especially with these two clubs.

What United are lacking will be seen this Sunday, in two senses.

Firstly, in one element of Rice’s game that is a little under-appreciated – his ability to drive from deep.

Rice can change the entire pattern of a game and where it is played with one drive upfield, as he did for West Ham’s second goal against Dinamo Zagreb in Thursday’s Europa League win. He can just shift the whole match upwards.

That could be especially conspicuous this Sunday because Rice could be surging through precisely the area where Manchester United are most lacking. It’s been seen in all of their games so far, but looked most ominous against Wolves and Newcastle United.

Those two teams got through so often that both games could have been very different for the Reds had either club possessed proper finishers.

It should be acknowledged Solskjaer had neither Fred nor Scott McTominay available for either game, but then Ronaldo’s very presence has altered the hierarchy of the attack. It seems likely that Paul Pogba will now be used in a two much more often, in order to accommodate more of these attackers. The issue is that Solskjaer feels the French midfielder needs a very strong defensive midfielder alongside him to play there, to account for a rather erratic willingness to roam.

That is where Rice would be ideal. He’d fit beside Pogba so well, while shoring up so much.

In other words, United could do with a Rice to deal with Rice this Sunday.

Many in the game say that Rice’s best quality by far is his “shielding”. He has instinctive intelligence for knowing where to position himself, to block a run or the ball. It does a crucial job of disrupting the opposition while keeping his side stable.

It also sounds like exactly what United require. It is the work of one player and that bit more.

Uefa’s technical report for Euro 2020, released in the last week, made a point of praising his “interceptions, tackling” and “after ball-winning, the ability to twist and turn his way” out of the press.

Such words are pointed because there has been some debate within the game about how good Rice actually is; whether he is truly elite. Chelsea’s interest waned after Frank Lampard was sacked, and there have been questions about occasional club-footed passing.

The stats tell a different story. At 95 per cent, Rice is ranked second for passing accuracy in the Premier League this season. Only one player who has played more than two games is ahead of him: Aymeric Laporte on 96.7 per cent.

Some in the game say he could do with Champions League football to properly sharpen him, as he still has a bit to learn.

Others believe he has no ceiling, and has the right mentality for a big club.

He has already shown he has the right mentality to play against big clubs. Sunday might not be an audition, in the way people regularly say.

It might be an illustration of what United are missing – while exposing precisely that flaw.