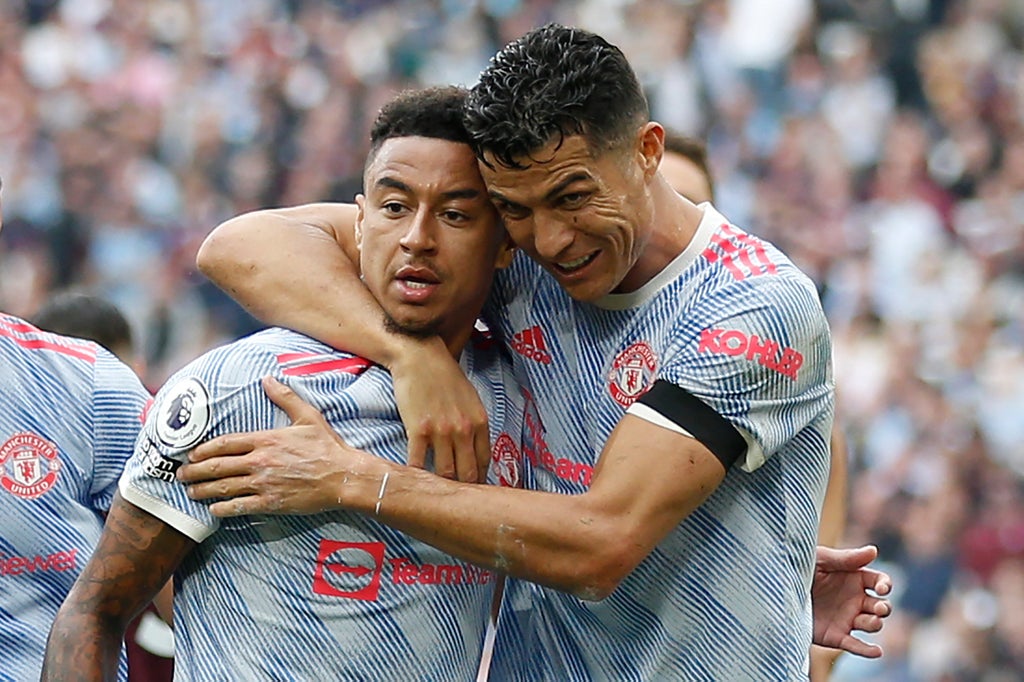 Manchester United host Aston Villa today as Cristiano Ronaldo aims to score in a third Premier League match in a row since re-joining the club.

Ronaldo was on target against West Ham last weekend before Jesse Lingard’s late goal and David de Gea’s penalty save secured three points at the London Stadium, as Ole Gunnar Solskjaer’s side kept pace with Chelsea and Liverpool at the top of the Premier League table.

United were knocked out of the Carabao Cup as West Ham avenged Sunday’s defeat with a 1-0 win at Old Trafford, as Solskjaer made 11 changes to his side, while Villa’s cup run was ended following a penalty shootout defeat to Chelsea.

Dean Smith’s side earned their second win of the Premier League campaign with a resounding 3-0 win against Everton last weekend, with Leon Bailey scoring his first goal for the club. Villa have not beaten United since a 1-0 win at Old Trafford in December 2009.

Here’s everything you need to know ahead of the match this afternoon.

The match kicks off at 12:30pm BST on Saturday 25 September.

Despite the fixture being moved to a lunchtime kick-off, the match is not available to watch live in the UK.

The game was originally scheduled to take place at 3pm but was moved due to The Courteeners playing a concert at Lancashire Cricket Club, Emirates Old Trafford on the same day.

Chelsea’s fixture against Manchester City at Stamford Bridge is also scheduled to kick off at 12:30pm on Saturday afternoon.

Edinson Cavani is nearing a return and could be available while Marcus Rashford and Amad Diallo remain out – but apart from that Ole Gunnar Solskjaer should have a full squad to choose from.

The United manager is likely to make another 11 changes to his team and revert back to the side that started at West Ham last weekend.

Leon Bailey is a doubt for Aston Villa after he injured his quad while scoring against Everton last weekend. The forward was substituted as a precaution but while he revealed afterwards that it was “nothing serious”, a return date has not been given.

John McGinn is also a doubt after he was brought off in the 40th minute against Everton with a concussion, while Matt Target was also substituted with an abductor injury.

Keinan Davis and Trezeguet remain out for Villa but Emi Buendia could return after missing the Everton match following his return from quarantine.

Axel Tuanzebe is unable to play against his parent club which could force manager Dean Smith to revert to a back four.

Aston Villa have shown this season that they have the pressing and counter-attacking qualities to trouble United, and Dean Smith’s side will be confident of creating chances at Old Trafford. It could come down to which side can be more ruthless in front of goal and the goalscoring form of Ronaldo makes United favourites in what could be a close match. Manchester United 2-1 Aston Villa