The seaside town of Margate has seen property asking prices rise the most during the past decade, new research has revealed.

The top ten locations that have seen asking prices rise the most – and least – during the past decade, have been identified by Rightmove.

The Kent town, which has gone through major rejuvenation in recent years including the Dreamland Amusement Park, tops the list of highest rises since 2012, with an increase of 102.5 per cent, from £145,311 to £294,209. 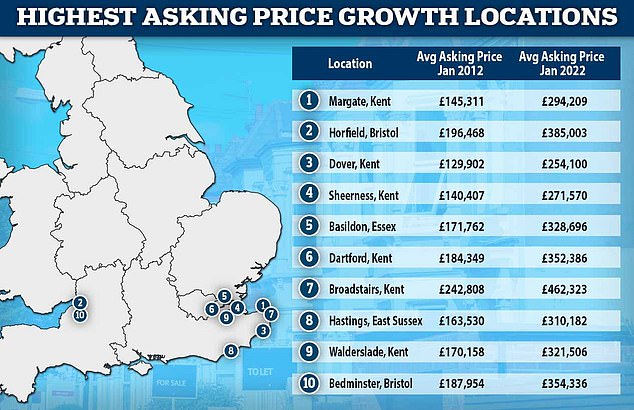 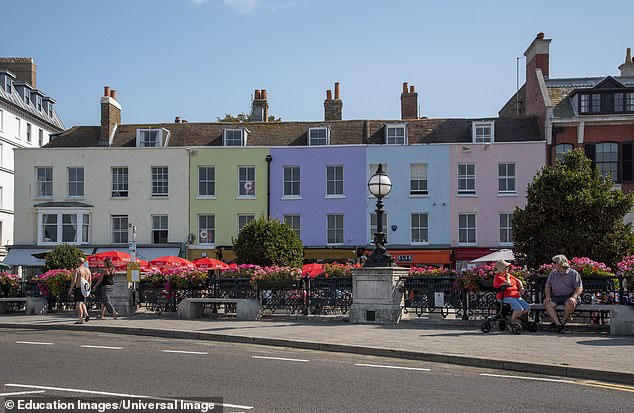 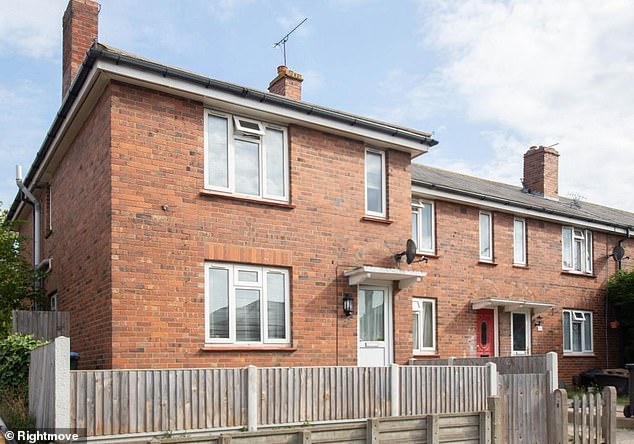 This four-bedroom end of terrace property in Margate is on the market for £300,000 via Thomas & Partners

By contrast, the place that has seen the lowest growth in asking prices is Middlesbrough, where homes on average are now 6 per cent more expensive than they were 10 years ago, at £132,792. 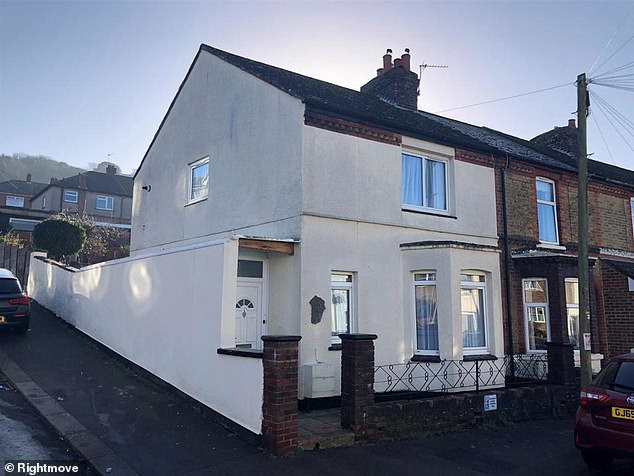 This end of terrace property in Dover has two bedrooms and is for sale for £250,000 via Tersons estate agents

Rightmove’s Tim Bannister said: ‘House prices rising so quickly in these areas of the South is a sign of increased demand outstripping supply over the past ten years, with areas such as Margate and Hastings offering a life by the coast at a price lower than the national average. 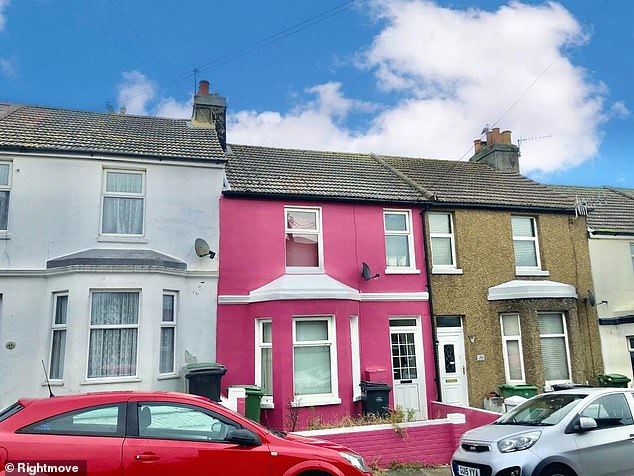 This three-bedroom terrace house in St Leonards-On-Sea, Hastings, is for sale for £260,000 via Fox & Sons estate agents

Mark Brooks, of Miles & Barr estate agents in East Kent, said: ‘We’ve witnessed the surge of demand for properties first hand and it’s no surprise that three of the towns we operate within are placed in the top ten price hotspots.

‘The South East has seen a great influx of those living in urban areas such as London, looking to relocate to the golden sand beaches and tranquil lifestyle of the coast or countryside.

‘The shift to flexible and home working, added to a wide range of transport links back to London, has led to many fleeing the city.’

Margate has direct train links to London St Pancras, which take around one hour 30 minutes.