MARKET REPORT: Boom times for recruitment firms coming to an end as employers start to worry about risk of recession

By John Harrington For The Daily Mail

The boom times for recruitment firms are coming to an end as employers start to worry about the risk of recession.

Headhunter Page Group issued a sparkling set of half-year results but saw its shares tumble 7.2 per cent, or 32.6p, to 419p after it revealed ‘a slight slowing’ in some of its markets in July. 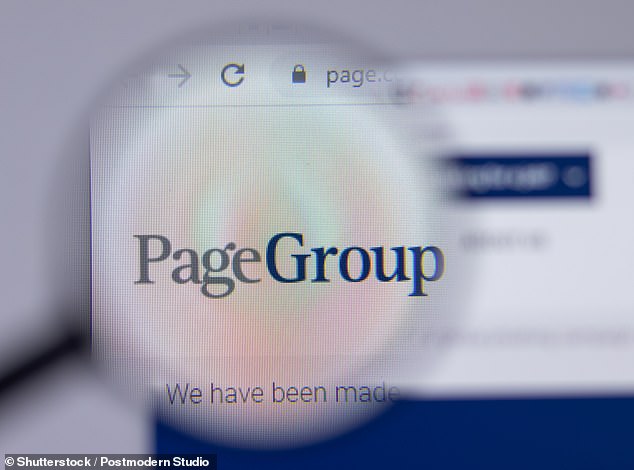 Scrutiny: Page Group issued a sparkling set of half-year results but saw its shares tumble 7.2 per cent, or 32.6p, to 419p after it revealed ‘a slight slowing’ in some of its markets in July

Page Group said the July performance was not enough to warrant a change to its full-year guidance but the firm is monitoring its clients closely.

Last week, a KPMG survey found that employers were taking on workers at their slowest pace in 17 months amid concerns over the economic outlook.

Recruiters have been buoyed by the buoyant labour market over the past year, which has pushed wages higher and meant larger fees for companies such as Page Group. Its performance in the first half of the year, however, was strong. Revenue jumped by more than a quarter to £977.3m while profit soared by 79.8 per cent to £114.5m from £63.7m the year before. The interim dividend was up to 4.91p from 4.7p and as per last year, the recruiter declared a special dividend of 26.71p.

Despite last week’s less than impressive results from Hargreaves Lansdown, analysts at Deutsche Bank and Barclays still gave them the thumbs up. Both banks increased their price targets for the stock. Deutsche thinks the shares are worth 940p (up from 900p) while Barclays raised its target to a punchy 1225p from 1175p. The shares rose 7.2 per cent, or 63.6p, to 949.4p.

The Footsie was lifted by enthusiasm for miners after China reported a record trade surplus in July. Exports from the country were 18 per cent above the July 2021 level, which was comfortably above economists’ expectations of a 14 per cent increase, as China works its way through a backlog of orders that built up during the most recent Covid-related lockdowns.

But shares in shipping broker Clarkson sank 3.2 per cent, or 115p, to 3440p despite it saying the second half of the year had started encouragingly. Profit in the first half leapt 53.5 per cent to £42.2m from £27.5m the year before, in line with the company’s mid-July trading update.

‘The outlook for the business remains strong due to the structural supply shortage in the global shipping fleet,’ said chief executive Andi Case.

And more tales of High Street woes came from The Works, the arts, crafts, toys, books and stationery retailer.

The firm was quick to point out that online sales were still 40 per cent higher than pre-Covid levels.

Jupiter Fund Management has halved its stake in the e-commerce retailer THG. The fund said it had reduced its holding from 8.94pc to 4.97 per cent.