MARKET REPORT: Cruise company Carnival crashes to record low after it warns it faces further losses as cost of fuel and other essentials soar

By John Abiona For The Daily Mail

Cruise company Carnival crashed to a record low after it warned it faces further losses as the cost of fuel and other essentials soar.

The company, whose operations include P&O Cruises and Cunard, the cruise line behind the Queen Mary 2, Queen Elizabeth and Queen Victoria ships, dashed hopes of a return to profit in the fourth quarter of the year.

Sky-high inflation has hammered an industry that has been running at a loss ever since the pandemic broke out in 2020. 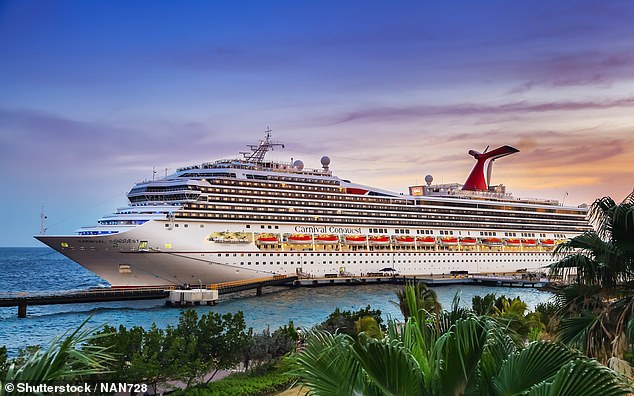 Any port in a storm: Carnival posted a third-quarter loss of £690m despite a sharp jump in revenues to £3.9billion

Carnival posted a third-quarter loss of £690m despite a sharp jump in revenues to £3.9billion, and warned of another loss in the final three months of the year.

Shares fell 21.3 per cent, or 157p, to 581.8p – the lowest since it started trading on the London stock market more than two decades ago.

Polymer maker Synthomer clawed back losses a day after a profit warning, rising 18.3 per cent, or 16.45p, to 106.5p, having slumped 35 per cent in the previous session.

Hikma Pharmaceuticals said it remained committed to meeting gender diversity targets as it beefed up its board with two female appointments, after a shareholder revolt in April because the level of representation on the board fell to 22 per cent from 30 per cent. Its latest hires will see 40 per cent of board roles filled by women. It rose 1 per cent, or 14p, to 1363.5p.

Asos became the latest online fashion brand to be hit with downgrades. Fears over falling consumer spending amid the cost of living crunch has weighed on the retail sector. HSBC maintained its ‘hold’ rating but cut Asos’s target price to 590p from 860p.

The note came after Boohoo this week warned that business had slowed in July and August. Asos fell 4.4 per cent, or 26p, to 569p while Boohoo was down 4.8 per cent, or 1.85p, to 36.45p. Joules appeared to have given investors enough reason to believe its turnaround plan could shore up the business.

A day after the ‘yummy mummy’ fashion brand tried to calm market jitters following reports it could become insolvent, it rose 26 per cent, or 1.3p, to 6.3p.

South West Water owner Pennon expects trading to remain in line with expectations even as it pencilled in higher energy bills.

In an update ahead of its interim results, the group said its power costs for the year will be around £50m more than last year’s figure of about £56m. Pennon rose 2.5 per cent, or 19p, to 787p.

Paul McDonald has stepped down as the boss of headgear and gas mask maker Avon Protection after five years at the helm. Bruce Thompson will become executive chairman from tomorrow until a new chief executive is in place. Avon rose 4 per cent, or 43p, to 1124p.