MARKET REPORT: Facebook shares soar despite firm reporting weakest revenue growth for a decade as it shrugs off tech gloom

The social media giant, which also owns WhatsApp and Instagram, beat analysts’ forecasts of daily active users of its platforms.

It overcame days of gloom for US tech stocks after a £100billion slump at Tesla and disappointing figures from Google owner Alphabet. 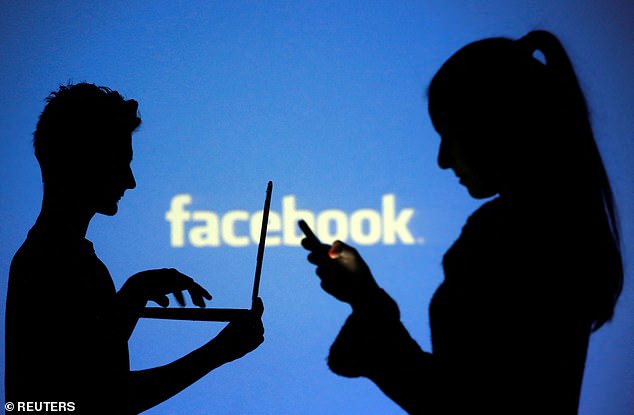 Meta shares jumped 16 per cent to $175 in after-hours trading, adding around $60billion (£48billion) to the social media giant’s market value. It also added around $8billion (£6.3billion) to founder Mark Zuckerberg’s 12.8 per cent stake.

The social media giant’s profits fell 21 per cent to $7.5billion (£6billion) between January and March, compared with $9.5billion (£6billion) a year earlier. Despite the profit fall the update was better than investors had expected and helped it to recoup losses made during the day.

AJ Bell financial analyst Danni Hewson had said Wall Street was bracing for a ‘Meta mishap’. Overall sales at the California-based business were $28billion (£22.3billion), slightly below analyst forecasts but up 7 per cent from $26billion (£21billion) in the same period last year.

And daily active users across its platforms rose from 1.93billion at the end of last year to 1.96bn at the end of March, a bounce back after reporting its first fall in users ever last quarter.

Back in the UK, Drax Group was among the biggest mid-cap risers as it cashed in on the global energy crisis sparked by the war in Ukraine.

The FTSE 250 firm, which runs a wood pellet-fired power station in Yorkshire, rose 4.1 per cent, or 32.5p, to 827p after it reported a ‘strong performance’ in the first three months of 2022 and predicted earnings for the year would be ‘around the top end’ of forecasts.

The company’s update came as global energy markets were jolted by Russia’s decision to cut off gas supplies to Poland and Bulgaria.

The move sent prices surging once again amid fears the sector was becoming weaponised as the war in Ukraine dragged on into its third month. 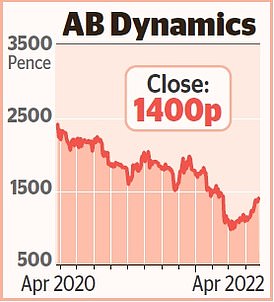 The firm, which develops technology used in car testing and simulations, reported a 63 per cent rise in profit to £5.7million for the six months to the end of February while revenues climbed 39 per cent to £37.8million.

It flagged ‘strong growth’ in the Asia-Pacific market as well as ‘significant improvements’ in orders and revenues from its track testing business.

However, some analysts thought the move could backfire, with AJ Bell investment director Russ Mould saying the decision seemed like Russia was ‘cutting off its nose to spite its face’.

Oil prices briefly edged up to $106 a barrel before falling back as some expected the move would pile pressure on Germany to drop its opposition to an EU ban on Russian crude imports.

Shares in the London Stock Exchange Group slid 1.5 per cent, or 124p, to 7960p after it said pulling out of Russia and suspending Russian firms from the market would cost it £60million. Despite the hit, profits rose 6.4 per cent to £1.6billion in the first three months of the year.

Housebuilder Persimmon slipped 4.8 per cent, or 104p, to 2076p after striking a cautious tone in its outlook, flagging ‘uncertainties’ around consumer confidence, inflation, rising interest rates and the end of the Help to Buy scheme. The assessment overshadowed a solid update for the year to date.

Advertising giant WPP reported 6.7 per cent revenue growth to £3.1billion in the first quarter of the year as it won new business as marketing spending recovered from the pandemic.

But shares fell 1.4 per cent, or 13.6p, to 976.4p amid worries firms could cut back on spending as economic growth slows.

UK to be blanketed in snow for days just before Christmas, new maps show